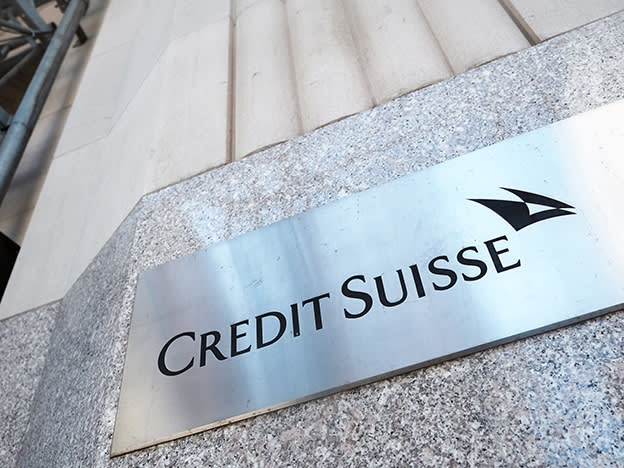 It’s not only retail investors that do stupid things. And when the big boys and girls YOLO, there can be far wider reaching consequences for everyone

There’s been a lot of funny stuff going on in markets in 2021. But a common refrain has been that it is chiefly down to retail investors. The Robinhood and Reddit crew. Inexperienced, meme-aobsessed 20-somethings with time on their diamond-hands and stimulus cheques in their pockets. They’re the ones that have gone YOLO-crazy and are HODL-ing their way to disaster. Irresponsible youth – tsk!

What of the professionals? Sure, the industry may have been dipping a toe in here and there, but we’re generally told that the big boys and girls have stayed above the fray and froth this time. I mean, we know how sensible the finance industry always is, right?

The collapse of Archegos gives anyone buying this narrative something to think about. The hedge fund was fronted by Bill Hwang, a so-called 'Tiger cub' veteran of Julian Robertson’s famous Tiger Management fund. If the early reports are to be believed, $50bn-$70bn worth of trades, backed by $10bn-$15bn of assets, have gone pop. Losses from the liquidation of the fund are rumoured to be in the region of $35bn.

The significance of the story is not so much about the five times leveraged antics of Archegos, although that in itself is quite something. The collapse also will not bring down 'the system'. But the real cause for concern is about what else is out there. Rather than dipping a toe into the market froth, will we soon find out the finance industry is up to its neck in it with consequences for all investors?

The brokering arms of big 'reputable' banks were the backers Archegos’ YOLO trading (that being a popular social-media acronym for 'you only live once', although Hwang does seem to have returned from a financial grave before). The banks reported to have been involved being: Goldmans Sachs; Morgan Stanley; Nomura, which could be looking at a $20bn loss; and fresh from the Greensill blow-up, Credit Suisse.

The question for private investors watching the spectacle aghast is whether there are other monsters lurking beneath the market’s frothy surface waiting to drag their wealth under? Are there more situations where multiple banks have taken bets that may look okay to risk-management departments in isolation, but en masse could result in seismic ructions? It's a familiar bull-market epitaph, such as the widely-adopted risk insurance that contributed to the 1987 Black Monday crash.

It’s also a concern that Hwang himself had previously had to pay $44m in fines to settle charges of illegal trading in the US and had been banned from trading in Hong Kong. This suggests the banks involved have not been setting very high standards for who to do business with. Indeed, the kind of business being done with Archegos appears to be synonymous with the behaviour that author and trader Nassim Taleb famously characterised as picking up the pennies in front of a steamroller; easy money until you’re suddenly crushed.

Has liquidity led to endemic complacency at too-big-to-fail banks? And what are private investors to make of such unfathomable risks?

Private investors are unlikely to know about such upsets until they happen and therefore will be forced to suffer the consequences when they do. The best thing is not to attempt the impossible and try to predict the future, but to simply plan how to deal with unforeseen calamity when it occurs. Most importantly, portfolios should always be built to survive such events. Diversification and avoidance of leverage are key considerations. What’s more, all investors should have a written plan of action to consult for when disaster strikes to help deal with swelling emotions (even if the plan is to just sit tight).

And one other thing, Archegos is a reminder to us all to never assume it is only inexperienced retail investors that are drinking the kool aid!