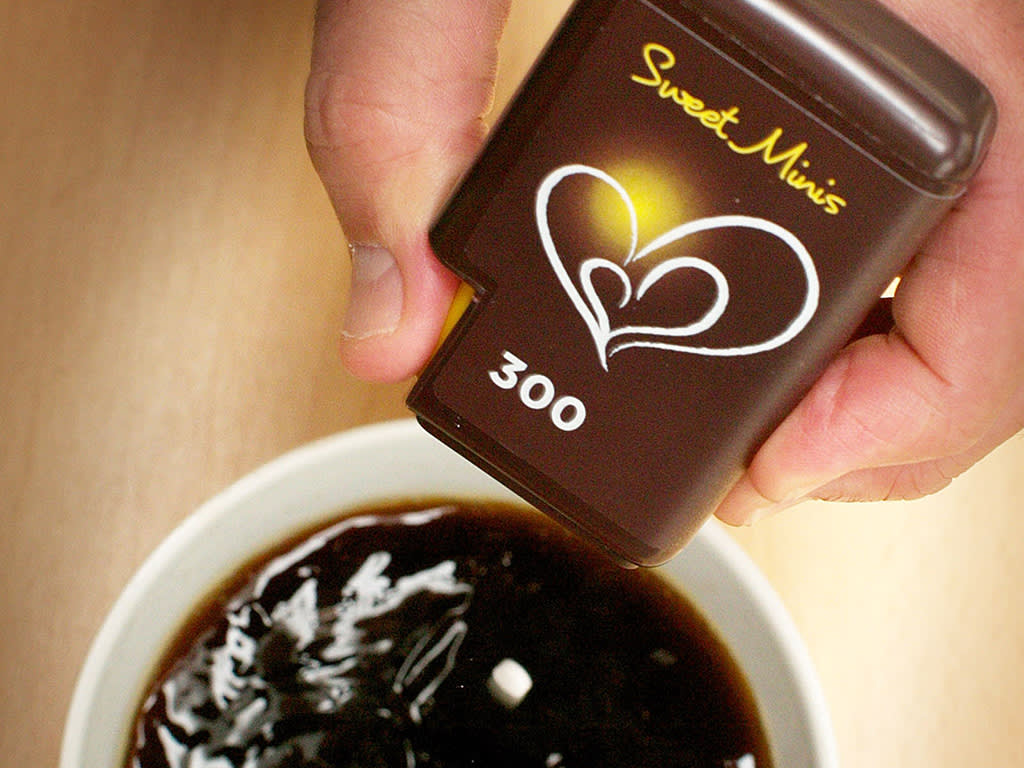 My Low-Risk High-Yield stock screen has trounced the index it selects shares from over the past decade with a 347 per cent total return versus 79 per cent from the FTSE All-Share. It has highlighted nine shares for the year ahead.

My Low-Risk High-Yield screen has now racked up 10 years-worth of data since I started monitoring it. It has finished the decade with a flourish, delivering a 43 per cent total return over the past 12 months. And despite the travails for equity income investors over recent years, its cumulative performance trounces that of the FTSE All-Share index over the past 10 years with a cumulative total return of 347 per cent compared with 79 per cent from the FTSE All-Share.

You’d be forgiven for thinking that UK income investors have had a worse decade than has actually been the case. While it is true that recent years have been hard, as a whole the period from spring 2011 to now was pretty good. Based on Morningstar data, the average UK equity income fund beat the index over that period with an 84 per cent total return. However, over the past five years – a period fresher in the memory – things have indeed been tough. Funds specialising in UK equity income have delivered a 19 per cent total return compared with 36 per cent from the index. For anyone wanting to keep score with my screen, it has delivered a 93 per cent total return over the past five years.

The screens run in this column are meant as a source of ideas for further research, but the performance data does help indicate whether the strategies I follow are broadly worthwhile. In the real world there are also dealing costs. If I set these at a notional 1.5 per cent a year, the 10-year performance of the screen drops from 347 per cent to 285 per cent.

There is lots of evidence that there is outperformance to be had from the simple combination of buying shares with good dividend yields and low betas (a measure of share price sensitivity in comparison with wider market movements).

The fact that low-risk shares tend to outperform is often referred to as the low-volatility anomaly. This is anomalous to the idea that investors should be compensated for taking on extra risk, which is what theorists believe should be the case. In finance, what’s true in theory is often wrong in practice. The reason for this is that human behaviour is not always rational. In this case, the cause of the anomaly may be chiefly down to the pervasive behavioural trait of “overconfidence”, which tempts people to overpay for high-reward but low-probability outcomes while overlooking dull but reliable investments.

This screen tries to finesse the broad observation that low risk and high (but not too high) yield is a winning formula. Importantly, the real value to be had from reliable dividend payers is less to do with creating a stable income stream. The dividends paid by a stock really are of little value in and of themselves. Dividends should never be seen in isolation but as one component of total return (share price movement plus dividends reinvested). Total return is what matters to investors’ wealth. The real point in targeting companies that pay consistent and healthy levels of dividends is that this can suggest a robust, cash-generative, defensive business that is focused on shareholder returns. The extra tests used by this screen beyond the yield and beta tests aim to get it closer to identifying this type of company.

Really high yields are often a warning sign of possible trouble (6 per cent plus is a decent rule of thumb). The commodity companies that the screen has highlighted this year fit into this category. These companies tend to have very unpredictable earnings linked to metal prices. They can therefore easily disappoint. As such they don’t very neatly fit the type of situation this screen really wants to identify, although they could do well for other reasons.

After a year of Covid-induced dividend cuts I have made a change to the screen’s key dividend yield criteria this year. Rather than looking for a historic yield of 3.5 per cent, I am looking for forecast yields in the coming 12 months that are higher than the median dividend-paying share (a yield of 2.6 per cent or more). I’ve also included stocks that have failed one of the screen’s criteria. Details of tests failed are given in the accompanying table.

■ A forecast dividend yield for the next 12 months above the median average for dividend-paying shares (the 'high yield' test).

■ A current ratio of one or more.

Only one stock passed the 3.5 per cent yield test (as opposed to the watered-down better-than-average-yield test) and all the other criteria. I’ve focused my attention on looking at it below. Details of all the other stocks are available in the table, which is sorted from highest to lowest forecast dividend yield. A more detailed set of fundamentals in the downloadable excel version of the table.

While the name Tate & Lyle (TATE) may be synonymous with the sugar brand, the company sold these operations a decade ago. Its business now chiefly involves the processing of corn – about 1.5m hectares-worth a year through six wet mills – from which it creates ingredients and commodity-type products.

The business is made trickier to understand by the fact that it has three different operations that have different investment characteristics. It’s the operation that has most to offer investors that has recently become the group’s largest source of profit and also has the best growth prospects: food and beverage solutions.

The business makes a range of ingredients and its growth opportunity is rooted in several long-term trends. These include the wellness trend, rising vegetarianism, the growth of the middle class in developing countries, the 'clean label' movement (having fewer ingredients on food labels) and global population growth. The opportunity for this business to create shareholder value from growth lies in its ability to innovate new products and create sticky customer relationships.

The company develops products closely with customers, which helps build strong relationships. It also operates 17 labs spread across the globe, which means it is better able to cater to the local tastes of its clients which can be found in more than 120 countries.

Since Tate & Lyle started breaking out the performance of this business in 2017, there are several indicators that it has been moving in the right direction. Sales have steadily grown from £834m to £942m in its 2020 financial year. Meanwhile, adjusted operating profits have incrementally increased from £129m to £162m, making the business the biggest contributor to last year’s profits at 42 per cent of the total.

Operating margins have also steadily improved from 15.5 per cent in 2017 to 17.5 per cent in 2020. Efficiency programmes and the benefit of driving more sales from a relatively fixed cost base have been factors in growing the margin. The level of margin suggests this business offers its customers something they’d struggle to get elsewhere. What’s more, the margin probably understates the attractiveness of the food and beverage operation for two reasons:  One is that all the commercial staff costs of the company’s separately reported sucralose business are induced in the solutions business. The other reason is that much of the investment into creating new products is treated as a day-to-day expense, overlooking the long-term value it is creating. These expenses are likely to be growing as the company successfully creates new products.

Still, in all Tate & Lyle’s ingredients business seems to have a decent amount going for it and offers a good investment story. Indeed, consensus forecasts are for profits to rise from £162m in 2020 to £215m by 2023.

However, this may be partly overshadowed by its two other businesses, which are run chiefly for cash. These operations are expected to offset much of the progress from ingredients over the coming years with profit declines. Restructuring at these two businesses are also the source of exceptional charges that are an unwelcome and regular feature of Tate & Lyle’s reporting.

The group’s sucralose sweetener business has a wobbly top line, but profits have moved forward as the company works on efficiency savings and it contributed £63m of operating profit last year. This division was broadsided by cut-price Chinese competition during the company’s 2015 financial year, which led to a £165m exceptional charge and a substantial restructuring that resulted in the divisional split Tate & Lyle has today.

The primary products business supplies commoditised sweeteners and starch to the food and paper industries. Trading is affected by movements in the corn price, but the company’s aim is to try to offset this in order to make profits and cash flows as stable as possible. It has done a pretty good job of this over recent years.

The scale of Tate & Lyle, along with strong supply relationships, do provide these businesses with a competitive advantage. However, there is not much on offer in terms of growth. The ability of these operations to churn out cash, though, is an important support to the dividend. The solid record of cash generation will be boosted by a pension buy-in arrangement agreed last year which will mean the company keeps its hands on an extra £20m of cash a year.

A robust balance sheet is also a plus for income hunters, with net debt representing just 0.7 times cash profit at the half-year stage. That compares with a target range of 1.5 to 2 times. So there’s plenty of scope for acquisitions or a return of surplus capital.

And while the pandemic has had its challenges, especially with customers in the out-of-home dining sector, the company is performing better than most analysts had originally expected. Forecasts for earnings in the coming 12 months have been revised upward by 10 per cent over the past three months. This has been helped by a sharp rise in the corn price, which may at some point go into reverse.

Tate & Lyle makes sense as a dividend play. It is also becoming a more attractive investment as the ingredients business becomes a more important contributor to profits. However, the more erratic nature of the other division and frequent exceptionals are likely to act as an anchor on the share’s valuation.