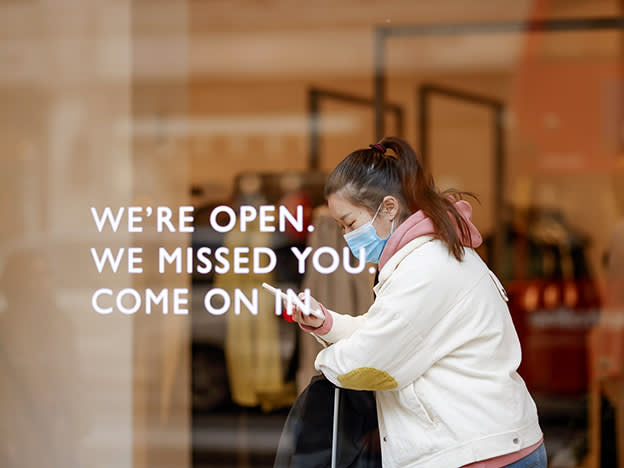 Momentum investing has done badly so far this year. This could be another Covid effect, rather than the death of a great strategy

Momentum investing has stopped working. In the first quarter of this year, my no-thought momentum portfolio (which comprises the 20 stocks with a market cap of over £500m which did best in 2020) fell 3.8 per cent, underperforming the FTSE 350 by almost eight percentage points.

Of course, this could be just random noise. But it could be something nastier. Perhaps at the end of last year investors finally wised up to the abundant evidence that momentum investing had beaten the market for years. In doing so they bought momentum stocks, pushing their prices up too far – to levels from which they have since fallen.

In truth, this is just what should happen. Investors should not leave money on the table. Deviations from market efficiency should be only temporary, and should get bid away.

If this is so, then we can say goodbye for good to momentum’s long outperformance.

There is, however, an alternative explanation for momentum’s fall this year. It’s yet another Covid effect. In recent months, my momentum portfolio has comprised stocks that have benefited from Covid. But since November investors have rotated out of some of these and into Covid losers, in the hope that the latter would benefit most from the post-pandemic recovery.

Compare, for example, AO World and Cineworld. As an online retailer AO World benefited hugely from the lockdown: its share price quadrupled between January and November 2020, putting it into my momentum portfolio. Since November, however, it has fallen almost a third as investors have looked forward to the lifting of lockdowns and the return of bricks and mortar retailing.

By contrast, the pandemic was catastrophic for Cineworld as it forced the closure of cinemas; its share price fell more than 90 per cent between May 2019 and October 2020. Since then, however, its price has quadrupled on hopes that cinemas will finally reopen. And other pandemic-stricken shares have also risen strongly such as Carnival (CCL), International Consolidated Airlines (IAG) and Rolls-Royce (RR.).

What we’ve seen, then, is a rotation from Covid winners to Covid losers. Which has been much the same as a rotation out of momentum stocks and into negative momentum shares. Hence the latter’s great performance since November.

This same thing explains the great performance of high-beta stocks in the last 12 months – a performance that follows years of underperformance. In recent months, high beta has to a large extent meant Covid sensitive. Which means high beta have also done very well since last autumn.

So, yes, momentum shares have been hit by wising up. But it’s not investors’ wising up that’s the problem for them, so much as scientists wising up to how to defeat Covid.

Of course, this is only a hypothesis. But that’s why I run these no-thought model portfolios – to test hypotheses. If momentum’s underperformance is a Covid effect, then it should disappear in coming months and its outperformance should reassert itself.

Herein, though, lies a quirk. While my new momentum portfolio is, as usual, a mixed bag of strong recent performers, my negative momentum portfolio looks odd. It comprises a lot of big defensives such as Tesco, Glaxo and the two tobacco giants. That’s because these shares have been comparatively Covid insensitive and so have lagged behind the market’s rise in the last 12 months. Some of them have actually risen in price – just not as much as others. But one thing we know is that, in normal times, defensives tend to beat the market. If we do get some normality in coming months, therefore, we might see negative momentum do well simply because of this defensive effect. It will look as if the underperformance by negative momentum has ceased, therefore. But, in fact, this will be an artefact of the portfolio being atypical.

With negative momentum and high beta doing so well recently, you’d expect value stocks to have also done so. But, in fact, they’ve lagged behind. This reflects the fact that high yielders come in two very different flavours. One is cyclical stocks: in the last 12 months, my value portfolio has included the likes of Carnival, Persimmon (PSN), easyJet (EZJ) and Evraz (EVR). But the other sort are mature companies where investors require a high yield as compensation for the lack of future growth, such as tobacco stocks, National Grid and Glaxo. The latter do not do especially well when investors anticipate economic recovery. And so value has lagged behind riskier strategies so far this year.

What hasn’t been surprising in recent weeks has been the performance of my low-risk portfolio. Since the end of October it has underperformed the FTSE 350 by 10 percentage points, which is more or less what you’d expect when the market rises strongly. That, however, only slightly reverses the long-term outperformance of the portfolio – which itself is merely one more data point of corroboration for the idea that defensive assets outperform others over the longer term.

In truth, though, the last 12 months have been easy for stock-pickers, whatever their strategy. During this time several huge stocks have underperformed significantly such as HSBC, BP and Glaxo. Their poor performance has dragged down the All-Share index with the result that anybody picking stocks at random would have outperformed the market with average luck. This isn’t to say that stock-pickers do pick shares at random, but it does show that they have had a strong wind behind them, because the median stock has outperformed the market.

If we change the benchmark, however, a lot of stock-pickers’ performance looks less impressive. In the last five years, for example, only two funds in Trustnet’s database of all companies unit trusts have outperformed my momentum portfolio; MI Chelverton’s UK Equity Growth and Slater Recovery. This is devastating. It means that most fund managers have actually subtracted value compared with a strategy of simply buying past winners. This suggests that what matters most in stock-picking is not so much analysing individual stocks as deciding upon the right general strategy.

All portfolios are equal-weighted baskets of 20 stocks with a market cap of over £500m, excluding investment trusts.