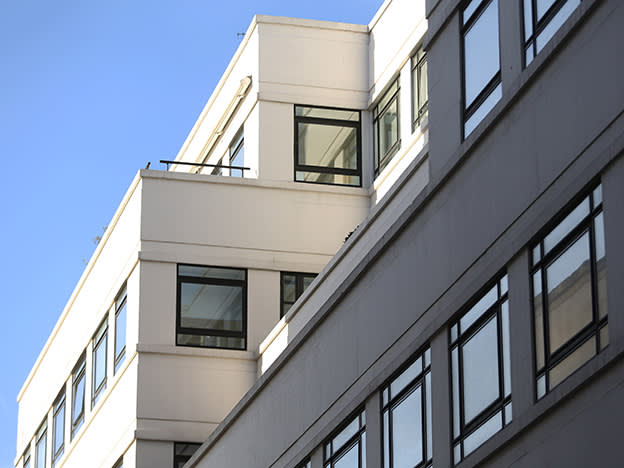 Shares at discount to NAV

Rental values may decline this year

The list of companies embracing a permanent shift to flexible working last week gained a new name. HSBC (HSBA) announced its executives would not only switch to hot desking in its London offices, but employees across the business would split their working hours between offices and home.

The homeworking experiment forced by the pandemic has cast uncertainty over the level of demand for offices and sparked concern that rents will fall amid a subsequent rise in vacancy rates. Despite a substantial re-rating in shares across the sector since the government unveiled its roadmap out of lockdown, the market is still valuing some major players at discounts to their last reported and forecast net asset values (NAVs).

Yet if hybrid working does become the norm, a widening in the performance of Grade A office assets and the rest of the market could emerge. There are already indications that demand for high-quality space has held up better than non-prime. So commercial landlord Derwent London (DLN), which owns a portfolio of top-end offices across the capital’s West End, could prove resilient.

Amid lockdown, tenants were unsurprisingly reluctant to commit to new leases last year. The value of new lettings agreed by Derwent stood at just over a quarter of the 2019 level. These new leases were completed at an average 0.8 per cent below December 2019 estimated rental values (ERVs), or 6 per cent ahead of those ERVs after excluding short-term lets on properties shortly due for redevelopment.

That decline in demand was reflected in the overall ERV of Derwent’s portfolio in 2020 and is expected to continue this year. Management has guided towards ERVs declining by up to 5 per cent in 2021, which compares with the 2.8 per cent fall recorded over 2020. However, investment values are expected to hold firm, management said. Analysts at Berenberg are forecasting a reduction of 3.6 per cent, before improving in 2022 and returning to growth in 2023.

Warnings of a potential further weakening in rents prompted downgrades by analysts in earnings forecasts this year and next. The consensus figures were lowered by 9 per cent and 4 per cent, respectively. However, earnings are expected to return to growth this year and be slightly higher than pre-pandemic levels, according to market consensus forecasts.

What’s more, despite the decline in new letting activity, some of the risk of a sharper reduction in rental income next year has eased. Renewals and resets – when a landlord and tenant change the terms of a lease by mutual agreement – meant lease expiries reduced from 26 per cent of passing rent to 17 per cent at the end of December, and have since fallen further to 13 per cent, partly due to the sale of Johnson Building. However, while lease renewals, rent reviews and resets were completed at an average 7.6 per cent ahead of previous passing rent, that was also 4.4 per cent below December 2019 ERVs.

Caution around rent levels was also reflected in the underlying value of the portfolio, which decreased by 3 per cent. However, that was a marked outperformance of the group’s benchmarks: the MSCI IPD Quarterly Index for Central London Offices and the wider All UK Property Index were down 5.6 per cent and 6.6 per cent, respectively.

Expectations that Derwent’s portfolio may prove more resilient than the broader market could prove well-founded, judging by its performance so far. Although the vacancy rate rose from 0.8 to 1.8 per cent at the end of last year, that was less than the wider market and UK-listed peers.

Yet the vacancy rate across the west end of London rose to 6.2 per cent in December, according to Savills, and had increased further to 6.6 per cent by February. The increase in this rate was attributed to a rise in supply and, more specifically, tenants putting more space on the market to sub-let.

There are indications that the type of newly-developed, grade-A space that Derwent owns has held its value thus far, which reflects expectations that rents will remain stable over the medium term. The investment yield valuations attached to offices in the City of London and prime West End were broadly stable in March, compared with the same time last year, according to research by Savills. That was in contrast to offices in Greater London and across the regions of the country, which indicated a decline in values.

The make-up of Derwent’s portfolio has also insulated it from a more severe drop in rental values and rent collection than some other major London office landlords. Only9 per cent of contracted income is attributable to the retail and hospitality industries. That is in contrast to Great Portland Estates (GPOR), for example, which attributed 25 per cent of rental income and 24 per cent of the portfolio value to retail stores and leisure during the six months to the end of September.

That meant although retail and hospitality tenants paid only 24 per cent of rent owed on the March due date, Derwent collected 87 per cent of second-quarter rent overall, with a further 5 per cent due later in the quarter. That was an improvement on the amounts received in respect of the prior two quarters, the same number of days after rent was due to be paid. It is also higher than the rent collection rates reported by peers including Great Portland, Landsec (LAND) and British Land (BLND).

There is also some development risk, as the group has two schemes totalling 410,000 square foot of space under construction, which is due to complete by 2022 and will cost £189m. The larger of those schemes, Soho Place, W1, was 87 per cent pre-let at the end of December, up from 76 per cent the previous year as new lettings were agreed.

Investors can also be encouraged by the strength of the group’s balance sheet. The loan-to-value ratio stands at just 18 per cent, lower than most peers and interest cover was 446 per cent at the end of December. That means that property values would need to fall by 67 per cent and rental income would need to decline by 68 per cent before financial covenants are breached. Given neither of those metrics came anywhere near that level of strain suffered during the depths of the pandemic in 2020, those scenarios seem unlikely.

A robust financial position also helped the group to increase the half-year and final dividend last year. A further rise is expected this year, with a 77.3p payment forecast.

Shares in Derwent trade at a 7 per cent discount to consensus forecast NAV at the end of December and 10 per cent lower than that forecast for December 2022. That looks pessimistic given the EPRA NAV is expected to decline by only 3 per cent this year before returning to growth. That could mean there is further room for the shares to push higher.