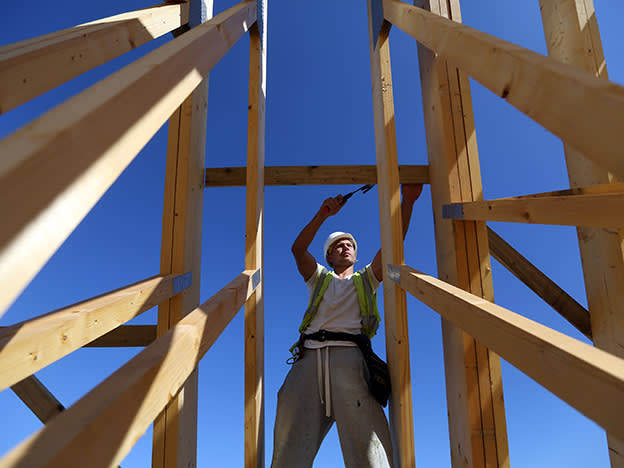 Rents may be stabilising, but being a buy-to-let landlord is likely to cause more headaches than ever before. From the complete removal of mortgage interest rate relief to the mooted alignment of capital gains tax with income tax rates, it is little wonder that an increasing number of investors are losing confidence in the sector. At the end of last year, 30 per cent of landlords surveyed by the National Residential Landlords Association planned to sell some or all of their properties over the next 12 months, compared with 17 per cent that intended to buy.

Yet that pessimism belies the rising demand for rental properties in the UK, as affordability constraints thwart would-be buyers from getting on the housing ladder. The private rented sector accounted for 4.4m or 19 per cent of households in England last year, according to the English Housing Survey, up from 3.4m or 16 per cent in 2010. Heavyweight developers and landlords such as Grainger (GRI) offer a way to gain exposure to the trend without the administrative or taxation burdens.

The FTSE 250 group has been gradually shifting the balance of income towards its private rental sector (PRS) portfolio in recent years and away from regulated tenancies. Regulated tenancies are historic leases that were created prior to 1989, where the tenant has the right to reside for life and rents are set at a below open market level.

During the six months to the end of March, regulated tenancy assets accounted for only 27 per cent of Grainger's net rental income and 30 per cent of the value of investments on its balance sheet. That is down from around 50 per cent just three years ago after the PRS portfolio was boosted by the 2018 acquisition of the remaining stake in joint venture GRIP Reit.

The PRS portfolio has expanded across seven major geographical clusters in the UK including London, Manchester, Leeds and Sheffield. The flats or houses have up to four bedrooms with amenities often including a gym and roof terrace. The balance of income stands to be tipped even more heavily in favour of PRS, with a pipeline of almost 9,000 properties set to be added to the existing 6,350 homes.

Rental income has not been unscathed by disruption caused by the pandemic. The occupancy rate stood at 89 per cent at the end of March, down from over 97 per cent the same time last year, due to a lower level of new lets caused by lockdown restrictions. That contributed to a decline in net rental income of 6 per cent, alongside delays to completions and the sale of £52m in lower-performing assets.

The good news for shareholders is that the group is entitled to damages where delays are not caused by the pandemic, which translated into £0.8m in income for its Manchester development. That meant management, which has a policy of paying half of rental income out via dividends, was able to maintain the half-year payment at 1.83p a share. However, the saviour of group adjusted earnings, which rose 11 per cent during the first half, was a 10 per cent boost to profits from the sale of vacant homes within its regulated tenancy portfolio.

But analysts expect earnings to hit a trough during the current financial year, pencilling in a 15 per cent decline on the 2020 level. A return to growth is anticipated next year, with the consensus earnings forecast standing at 9.52p a share, and a return to 2019’s pre-pandemic level in 2023.

That is backed by confident management guidance given this year. New lettings have steadily improved each month since the start of the year and there has been an 86 per cent rise in enquiries since January. While chief executive Helen Gordon said the group will likely not get back to a traditional occupancy rate of 95-97 per cent by the year end, she expects “to be quite a way towards that”, from the current level. New developments in Manchester and Southampton are also letting well, she said, with the latter 41 per cent let in six weeks. Based on the assumption that it usually takes a year to fully let a development, the scheme is ahead of expectations on that score.

Further optimism around the rental prospects for both the PRS and regulated tenancy portfolios was reflected in valuation uplifts of 0.9 per cent and 2 per cent, respectively, during the first half. The rents charged for occupied space have held up better than the broader market, which has registered a two-tier performance split between London and the rest of the country. Both the PRS and regulated tenancy portfolios generated like-for-like rental growth, averaging 1.7 per cent, during the first half. That included in London, where broader market rents have suffered from an increase in short-lets returning to the market and decline in student numbers. Rents in the capital fell just over 9 per cent during the first quarter, according to Zoopla, offsetting stronger growth in the regions and pulling the national average down 1.2 per cent.

Grainger’s earnings have some exposure to the fortunes of the housing market via its sale of vacant properties, previously let under regulated tenancies. Amid the housing market boom that has stood the group in good stead, as sales have been made at an average 0.6 per cent ahead of September 2020 valuations. Sales are taking longer to contract, typically between four and five months, due to the bottleneck in services such as mortgage brokering and conveyancing. That means management expects a boost not only to the volume of sales, but also average valuations during the second half of the year, benefiting from a resurgence in house price growth.

Yet what if the market fervour subsides later this year? Profits earned from these sales are less reliable than the core rental operations. However, a look at the group’s track record on sales should offer some reassurance. Since 2010, sales have been made ahead of the prior year’s vacant possession valuation.

Grainger has ambitious plans to scale up the PRS portfolio, which are backed by a healthy balance sheet: cash and available debt facilities stood at £587m versus committed capital expenditure of £520m. Management is targeting £150m in cash generated from its operations to fund the remainder of the pipeline. The loan-to-value ratio stood at 34.5 per cent at the end of March, well below management’s target range of 40-45 per cent.

The shares entered a speedier recovery than most in the real estate industry following last year’s March crash, regaining much of the ground lost by July. However, a relatively stable earnings performance throughout the tumult of the past 18 months means the group has not been part of the recovery rally that has lifted others in the property sector. As such, the shares still trade at an undemanding valuation: marginally lower than forecast NAV at the end of September, widening to an 8 per cent discount versus the 308p a share predicted the same time next year. Based upon the valuations recorded over the past four years – and since the GRIP acquisition was made to boost PRS exposure – that looks undemanding.