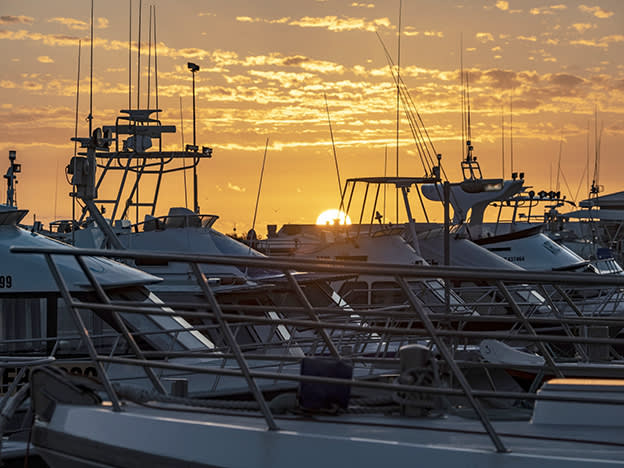 Set fair for a profitable voyage

A global leader in marine domain awareness systems has no fewer than seven contracts worth £125m nearing contract closure and which should deliver hefty profits for shareholders in the coming years.

As flagged up in April’s pre-close trading statement, Covid-19 related delays to the implementation of major systems contracts meant that the group’s transceiver business (revenue edged up slightly to £8.3m on a respectable gross margin of 38 per cent) was effectively the only source of income in the 12 months to 31 March 2021. The margin earned was not sufficient to cover annual overheads of £8m, mainly on SRT’s systems business, so pushing the group into a £5.9m pre-tax loss. The cash loss was £1.9m after adjusting for non-cash items, mainly depreciation and amortisation of capitalised research & development expenditure.

Of far more importance is guidance from chief executive Simon Tucker and chairman Kevin Finn that four of the seven systems projects in the £125m near-term validated sales pipeline (all in South East Asia and Middle East), which are worth £71m over a two-year delivery period and had been expected to commence in the 2020/21 financial year, should be under contract within the next few months and delivering meaningful revenues in the current financial year. The directors also flag up that the other three projects, worth £54m, should be contracted in the latter part of the 2021/22 financial year or early in 2022/23.

In addition, SRT’s £30m flagship Philippines project that was awarded in December 2018 and which involves the installation of monitoring systems, coast stations, vessel transceivers and satellite data feeds, is scheduled to be completed by the end of 2021, thus enabling the group to book its final billing milestone. Technology analyst Lorne Daniel at house broker finnCap points out that recurring revenue from completed marine domain awareness system projects could exceed £2m per annum or more over the next decade, creating another lucrative revenue stream. Daniel also notes that SRT “has been busy developing a new transceiver product, NEXUS, integrating AIS with other technologies to provide both voice and data connectivity between vessels". It could make “a material revenue contribution in 2022/23”. Taking into account upfront payments on new contracts, the final milestone on the Philippines project, and SRT’s gross cash of £5.3m (excluding loans of £8.5m), the group is funded for the accelerated project roll-out.

Although Daniel is holding off reinstating forecasts until the Asia and Middle East contracts are signed, the clients are pushing for closure, I maintain the view that SRT could be making annualised revenue of £50m later this year. Based on a margin of 40 per cent, and factoring in annual fixed overheads of £7m, the income stream should deliver annual pre-tax profits north of £10m, a hefty sum for a £58m market capitalisation company.

Moreover, the global political landscape is becoming increasingly uncertain, while security threats are ever more diverse and frequent. This can only drive demand for SRT’s marine domain awareness technology which has applications in national security, border control and search and rescue, too. As the UK Border Force is all too aware, a country’s coastline is often its most vulnerable border, and needs close monitoring given escalating migrant and immigration concerns. Waterways are also a material source of economic activity. The geopolitical situation in the Middle East and Asia is volatile, too, another reason why SRT’s total validated sales pipeline is worth £550m.

After I initiated coverage at the current price (‘Set sail for a profitable voyage’, 16 August 2019), the share price hit my 55p target in January 2020. I subsequently advised buying the shares at 25.5p (‘Stockpicking for bear market gains’, 16 April 2020) and at 37p last autumn (‘Four tech companies with high growth potential’, 19 November 2020). The imminent signing of major contracts is a likely catalyst to drive a re-rating back to my 55p target, and perhaps beyond. Buy.

Finally, I have also published another article ('Thinksmart buying opportunity: Squaring the circle').