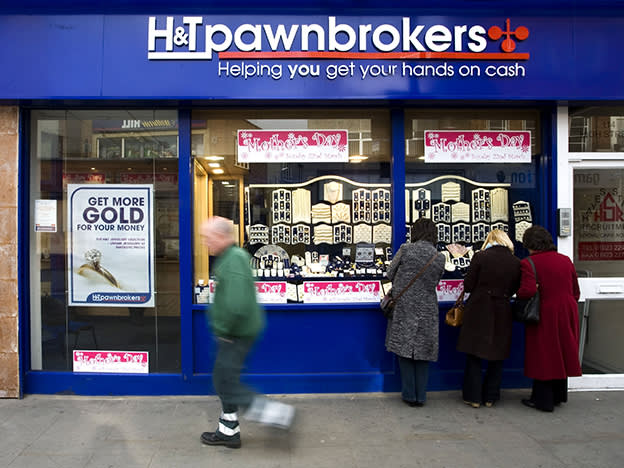 On the bargain hunt

A cash-rich financial services firm is benefiting from strong retail demand and is starting to rebuild its lending book. A cash-adjusted forward price/earnings ratio of six and prospective dividend yield of 4.4 per cent are likely to attract retail buyers, too.

If my email inbox is a barometer of market trends, then an ever-increasing number of small-cap companies want to gain coverage in the financial press. In part I would like to think it’s a reflection of the high-quality journalism both my colleagues and myself try to provide to our large retail investor following.

However, it also reflects a realisation amongst the directors of small and micro-cap listed companies that the market price of their shares is now largely being determined by retail investors buying and selling activity, rather than by block trades from fund managers. To put this into some perspective, IC’s subscriber base has in aggregate over £30bn of liquid assets (bonds, equities and cash), a hefty sum even for the fund management industry. So, for example, if three per cent of IC subscribers decide to buy £7,500 of shares in a £100m market capitalisation company, then in aggregate this would represent a £7.5m buy order, or 7.5 per cent of the equity.

This factor alone explains why there can be some dramatic re-ratings in the share prices in companies I highlight assuming other investors share my positive view. For good measure, I have spotted another opportunity this week.

Tap into a retail recovery stock

Chief executive Chris Gillespie of pawnbroker and financial services firm H&T’s (HAT:285p)  exuded confidence delivering his first set of maiden half-year results since taking over from John Nichols who retired at the start of the year. His optimism is warranted.

The UK national lockdown meant H&T was unable to provide retail sales to customers instore until the second half of April, but first-half revenue and pre-tax profit only declined 7 per cent to £51.9m and £4.7m, respectively, a credible result. Importantly, Gillespie points out that momentum in retail sales (jewellery and high-end watches) has outperformed since the restrictions were lifted, highlighting pent up demand from consumers who have cash resources to spend and enjoy doing so, and increasing public interest in their investment merits. H&T’s retail segment increased gross profit by 139 per cent to £6.7m on 26 per cent higher sales of £12.4m, including a £1m credit for release of previous provisioning for slow moving stock.

Having seen its pawnbroking book decline by a third to £48.3m during 2020 (as cash rich customers who were unable to spend during lockdowns redeemed pledges), the book is rebuilding, up by almost £2m during May and June and a further £2m in July. House broker Numis Securities expects a year-end closing pledge book of £59.5m, a conservative expectation in my view. Pawnbroking accounted for 55 per cent of H&T’s gross profit in the first half, so remains H&T’s core profit generator.

One consequence of the redemptions is that net cash of £32.5m (83p a share) is up 151 per cent year-on-year, accounting for almost a quarter of H&T’s net asset value of £136m (347p). Furthermore, with the benefit of an undrawn £35m credit facility, the company has firepower to fund bolt-on acquisitions and exploit organic growth opportunities resulting from the withdrawal from certain high interest margin lending activities by rivals such as Provident Financial. It’s reassuring that H&T’s personal loan book of £3.4m only includes a tiny balance of High Cost Short-Term loans that led to the ongoing FCA Review of its lending practices in this niche area. The redress cost should not hold back H&T’s growth prospects.

The shares have produced 11 per cent total return since I included H&T in my 2017 Bargain Shares Portfolio, well behind the portfolio’s 126 per cent return. On a cash-adjusted forward price/earnings ratio of six, offering a prospective dividend yield of 4.4 per cent and priced 18 per cent below book value, a re-rating to my 400p fair value estimate looks firmly on the cards. Buy.

Both books include case studies of Simon Thompson’s market beating Bargain Share Portfolio companies outlining the investment characteristics that made them successful investments. Simon also highlights many other investment approaches and stock screens he uses to identify small-cap companies with investment potential. Details of the content can be viewed on www.ypdbooks.com.