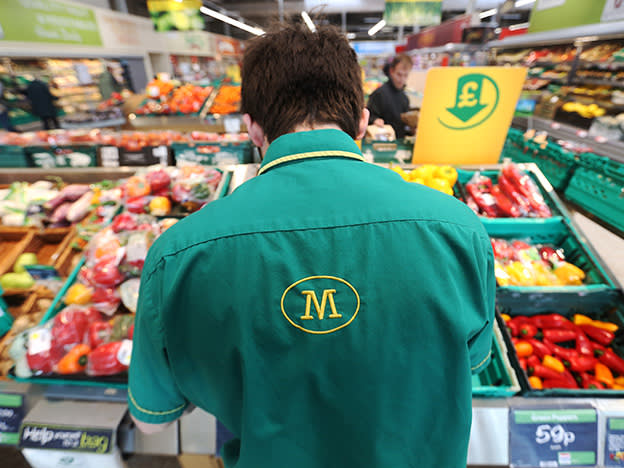 John Rosier explains why he remains optimistic on the market outlook

Despite higher-than-expected inflation in July, bond markets continued to rally. In the US, the 10-Year Treasury fell to 1.25  per cent, its lowest since the end of February. In the UK, the government can now borrow for 10 years at 0.64 per cent per annum, having touched 1.0  per cent in mid-May. Bond markets are sending a clear message that they believe that the current uptick in inflation is transitory. More worryingly, some think it indicates that the recent bounce back in economic growth will be short-lived. Time will tell.

The two principal positive contributions came from Serica Energy (SQZ) 12.8 per cent and Renew Holdings (RNWH) 10.5 per cent. Serica followed its successful flow test on the Rhum field in June with success from its Columbus field development well in July. The new Rhum well is due to commence production this quarter and Columbus in Q4. The two wells together should increase 2022 production by 15 per cent. It will also benefit from the resurgent UK natural gas price (80 per cent of Serica’s production is gas). It is trading over 100p per therm, its highest in over 15 years. Last year it traded as low as 20p. Renew Holdings did not issue any news, but the re-rating continues.

Unfortunately, the negatives outweighed the positives during July. Biotech Growth Trust (BIOG) was off 12.9 per cent, Sylvania Platinum (SLP) 11.7 per cent and Lundin Energy (SW:LUNE) 11.4 per cent. Sylvania Platinum is perplexing. Its Q4 update confirmed that cash generation is robust and the strength of the balance sheet. Year-end net cash of $102m was up from $55m a year ago, and that, after paying tax of $35.3m and a windfall dividend of $14.3m. True, the basket price of platinum group metals dropped in Q4 to $4,059 per ounce from the heady heights of $4,756 in Q3, but I think the market is too fixated on moves in the spot price. It is not looking at the year-on-year increase in the average and giving the stock sufficient credit for the low-cost nature of its production. I hope I’m not missing something. Hopefully, its results next month, with the accompanying dividend declaration, will spark more interest. Lundin Energy’s H1 results also showed robust cash flow as it benefitted from increased production and the higher oil price.

I was a little more active last month. In the JIC Funds’ Portfolio, I did some rebalancing following my first annual review of its performance. That entailed me booking some profits on the best performing positions over the last year and reducing them back to target weight. I trimmed Blackrock World Mining Trust (BRWM) and Chelverton UK Equity Growth (GB00BP855B75). I added the proceeds to Biotech Growth Trust, Worldwide Healthcare Trust (WWH), Baillie Gifford Shin Nippon (BGS), VanEck Vectors Semiconductors ETF (SMH) and Fundsmith (GB00B4LPDJ14).

In the JIC Portfolio, I sold JP Morgan Emerging Markets Trust (JMG) (8 July at 132p) to raise some cash to invest in some of my other positions where I have greater conviction. On the same day, I increased Central Asia Metals (CAML) (at 234.6p) to my target weight of 5.0 per cent. An H1 update showed cash flow was robust in H1 benefiting from higher metal prices. It paid down $19.2m of its debt, reducing gross debt to $60.9m. It also had cash in the bank of $54.4m. The CEO hinted at a decent interim dividend, and I suspect that the current forecast of 15.8p total dividend for 2021 vs 14.0p in 2020 may prove too pessimistic.

Nevertheless, at 15.8p, the yield is an attractive 6.4 per cent. Following the excellent news from Serica Energy’s Columbus, I changed my Reward rating from medium to high. Coupled with a medium-risk rating, that points to a 5.0 per cent position. I increased to 4.0 per cent on 13 July at 152p and then to 5.0  per cent on 30th July at 156p.

In my May monthly, I said of Renew Holdings (RNWH), “should it rally further towards 700p, I may reduce it to the target weight. If, however, it drifts back to 600p, I might be tempted to rebuild the position.” It did rally further, and I resisted the temptation to reduce until it got to 750p. On 26 July, I sold around 20 per cent of the position, reducing it to 3.2 per cent. I do not top up the JIC Portfolio with new cash. That means, to add to a holding, I need to find the money from elsewhere. I used the money raised from the Renew Holdings sale to increase Bioventix (BVXP) to 5.0 per cent of the portfolio. On 26 July, I added at 3,955p. Below £40, I think Bioventix looks most attractive. Should it increase the final dividend by the same 20 per cent that it increased the half-year dividend, then the yield on the ordinary dividend is 2.8 per cent.

On top of that, I think it will pay a special dividend as it has in recent years. That would push the yield up towards 4.0  per cent. For a company that achieves a return on capital of over 70  per cent and has a tremendous record of cash flow generation, that seems too high. We will have to wait until October for results and the dividend announcement. On 27 July, following its Q4 update, which I thought was good, I added to Sylvania Platinum when it was down 15 per cent first thing. I paid 96.9p.

Finally, on the last trading day of the month, I increased the risk rating on Venture Life Group (VLG) from low to medium. Together with my high reward rating, that reduced my target weight from 7.5 per cent to 5.0 per cent. I still like the stock but have some minor concerns. In the past Venture Life has not been shy at coming forward with good news. Last year we had trading updates in March, June and on 20 July, an H1 trading update. This year nothing. So, while I may be reading too much into this, I am a little concerned that H1 results, when they come, might be underwhelming. I feel more comfortable with a 5.0 per cent position and will gladly be proved wrong. As mentioned above, I used the proceeds to increase Serica to 5.0 per cent and SigmaRoc to target 5.0 per cent. I think SigmaRoc has a management to back and that its latest acquisition will create substantial shareholder value, see below.

K3 Capital (K3C) acquired Knight Corporate Finance and Knight R&D Limited. It will pay up to £8.6m for the former, which generated an Ebitda of £0.78m in the year to 31 March 2021. The latter generated an Ebitda of £1.98m for the year ended 30 September 2020. K3Capital is paying up to £16.3m. It agreed to pay via a mix of cash and shares, including an earnout over the next four years. It looks like a full-ish price, but the company says it expects both acquisitions to be immediately earnings enhancing. Sensibly it has included the four-year earnout, and K3 Capital’s CEO, John Rigby, has proved adept at making value-enhancing acquisitions in the past.

Surface Transforms (SCE) issued a confident-sounding update on 8 July. Most importantly, it expects to win “significant further contract with both new and existing OEM customers in the current financial year.” A relatively new addition to the portfolio, Supreme, published full-year results to 30 April. They looked marginally ahead of expectations with robust growth in Vaping and Sports Nutrition and Wellness.

We can all see inflation as we go about our daily lives and the big question is whether in summer 2022 it will be falling back towards the Bank of England’s 2.0 per cent target. A slowdown in the pace of economic growth is inevitable as we move into 2022, but for now, I remain optimistic about the second half of 2021. There is just too much cash and pent-up demand in the economy.

In the UK, takeover activity is at a 14-year high, involving private equity and industry buyers. In the last month supermarket chain, Morrison’s has become the subject of a competitive bid. FTSE 250 engineer Ultra Electronics is considering an offer from Cobham at a 40 per cent premium, and earlier this month, Meggitt recommended a cash offer from Parker Hannifin at a 70 per cent premium. I’m sure there is more to come. The UK market remains cheap, especially relative to the US, and plenty of cash is available. We are halfway through the fallow period of 1 May to 31 October. In the first half of this period, I was down 0.1 per cent! I hope to do a little bit better in the second half and remain fully invested.