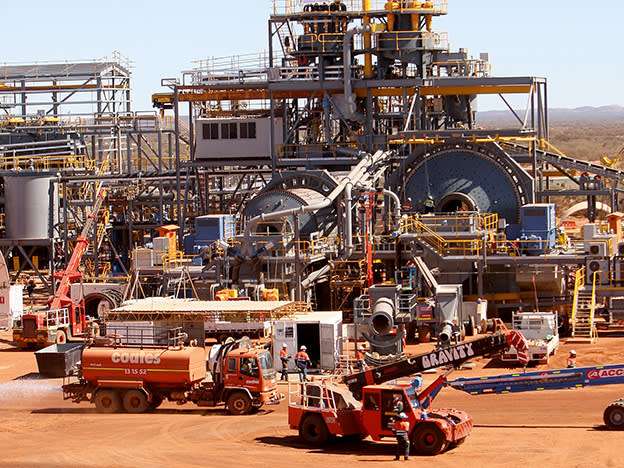 A mining company that extracts platinum group metals (PGMs) and copper from mine tailings has reported 178 per cent higher attributable earnings for the year just ended, and announced a smart deal to scale up its copper production.

Commodity prices have come off the boil over the summer. Concerns that the US Federal Reserve may withdraw its US$120bn per month bond buying spree that was launched in response to Covid-19 is one reason why. The US Dollar Index has risen 3 per cent since late May, strength of the greenback being a headwind for US Dollar denominated commodity prices.

However, the thinking here is counterintuitive. That’s because the Fed will only start winding down QE programmes, so tightening monetary policy, if it believes the US economy has hit escape velocity (positive for commodity demand), and rising inflationary risk is no longer transitory. The consensus is that inflationary pressures will start to abate next year, while rising Covid-19 case numbers (due to the spread of the Delta variant), coupled with slowdowns in the international recovery, are likely to support a more conservative approach to tapering QE.

Interestingly, investment bank Goldman Sachs believes that copper inventories have been falling rapidly in China (implying strong end market demand in a country that accounts for 40 to 50 per cent of global demand), and now predict a rally back to May’s record highs ($10,620 per tonne target) by year-end. This could be an opportune time to gain some exposure.

Under the arrangement, Jubilee will recommission an existing copper-cobalt refinery in Zambia (currently on care-and-maintenance) with production supplemented by feed from the company’s existing Lechwe and Luanshya tailing projects. Targeted production is around 17,000 tonnes of copper per annum, which together with output from Jubilee’s Sable Refinery (14,000 tonnes per annum capacity), means that the company is set to become a 30,000 tonnes copper producer far sooner than anticipated. Mopani will have first right to the offtake of the copper sulphide concentrate (produced under the agreement) at market related prices, while the copper oxide associated material will be refined to metal.

This is a game-changing deal for the £387m market capitalisation company. That’s because it not only lowers upfront capital requirements by utilising existing refining infrastructure plant, and reduces project risk, but fast tracks Jubilee’s Kitwe and Luanshya copper-cobalt tailings projects which have access to more than 275m tonnes of tailings. The terms of the agreement with Mopani have yet to be fully disclosed, but analyst Paul Smith at brokerage WH Ireland estimates that at the current copper price of $9,500 per tonne ($4.30 per pound) it could generate annual revenue of $80m and cash profit of $43m (£31m) for Jubilee. This is based on a 50:50 revenue and profit share and with similar operating costs to Sable ($2 per pound).

In the 12 months to 30 June 2021, Jubilee’s attributable operational earnings surged by 178 per cent to £69.6m on 127 per cent higher revenue of £127.6m, buoyed by a 23 per cent increase in platinum group metals (PGMs) output to a record 50,162 ounces from its tailing operations in South Africa’s Bushveld complex.

In Zambia, Sable Refinery trebled its attributable operational earnings to £3.7m on output of 1,387 tonnes of copper. As output scales up, Sable’s operationally gearing will really kick in (the operation has relatively fixed operating costs) to drive up profits. Demand for copper is underpinned by the global economic recovery and the structural move towards greener energy and transport. For instance, wind farms and solar panels require as much as five times more copper than for fossil fuel power generation, and electric vehicles use four times as much copper as internal combustion engine vehicles. I made this point earlier in the summer when I raised my target price from 25p to 30p (‘Profiting from the commodities bull market’, 11 June 2021).

It’s worth noting, too, that Jubilee’s annual revenue for the year just ended is 13 per cent higher than analysts were predicting when I first suggested buying the shares at 15.9p (Alpha Research: ‘A copper bottomed investment for the mining bull market’, 26 April 2021). Furthermore, although Smith at WH Ireland is keeping his 2021/22 earnings estimates (previously pre-tax profit of £96m on revenue of £243m) under review until full details of the Mopani agreement are released, he “believes the deal to be value enhancing to Jubilee.”