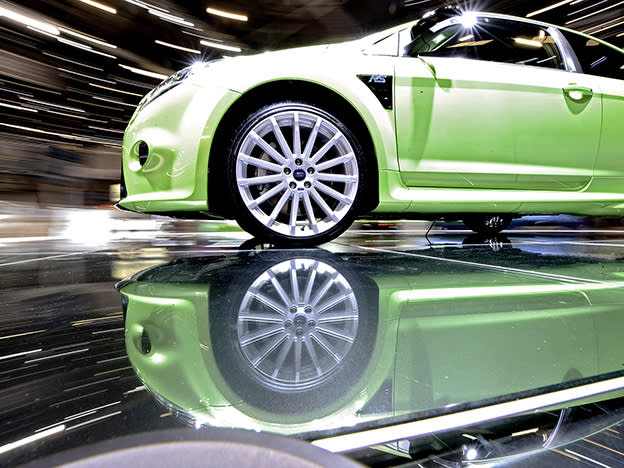 A company that supplies the transmission set-up for the world’s fastest production car – powered, it almost goes without saying, by an internal-combustion engine – should not revel in the prospect of a world with net-zero carbon emissions. And it’s true, it might be an exaggeration to say Ricardo (RCDO) ‘revels’ in the demise of petrol-driven autos (or diesels). But a greener world isn’t short of opportunities for the Sussex-based consultancy.

Ricardo’s bosses make much of the group’s green credentials. Flick through the latest annual report and you would be hard-pressed to guess the group still derives much of its revenue and profit by catering to the demands of petrolheads. However, as the table for divisional breakdown shows, in 2018-19, the most recent ‘normal’ year, its performance products division generated 25 per cent of the group’s £384m of revenue and almost the same proportion of its £43m operating profit before central costs. And even by 2022-23, according to estimates from broker Investec, the division will still be producing over 20 per cent of both group revenue and profit, designing and making niche components such as engines and transmissions for the likes of McLaren, Aston Martin and Bugatti (the maker of that ridiculously fast car).

In addition – and almost by definition – the group’s biggest division, both by revenue and profit, automotive and industrial, generates much of its revenue from consultancy relating to burning carbon fuels. All of which should not be surprising for a company formed way back in 1915 by the original petrolhead, Harry Ricardo, an Edwardian gent who, after education at Rugby and Trinity College, Cambridge developed an obsession with making the internal-combustion engine work more efficiently.

Times change, however, and, although the forthcoming demise of carbon-burning engines may be greatly exaggerated, the group’s focus is much more on those green credentials. So the auto and industrial division is also about “ending range anxiety for electric-vehicle drivers”, says the latest annual report. Meanwhile, the group’s small, but hopefully fast-growing, energy and environment division will help with solutions for high-capacity charging of those self-same vehicles and, down on the farm, will help calculate audit trails for greenhouse gas emissions (and removals) from, as it were, farm to fork.

A little less green, but no less important, the rail division is involved in certification for Europe’s biggest signals replacement programme, currently running in Denmark. In its defense division, which is wholly US-focused (hence the spelling), Ricardo’s major contract is to provide upgraded anti-lock braking systems for the US Army’s so-called high-mobility multi-purpose vehicles, which look much like something out of a sci-fi comic strip.

Sure, there is an element of PR to all this. A company that owes its existence to an activity that, by the 2030s, might be the equivalent of cigarette smoking today will be understandably keen to put itself on the correct side of the all-consuming narrative of our times. But to the extent that the group’s order book is holding up despite the erosion of business related to burning fuels (see Chart 1), management is correcting the loss of direction that Ricardo seemed to suffer in the first half of the 2010s.

That loss of direction is illustrated in Chart 2. Ricardo’s return on equity – a proxy for how well a company uses its capital – has been going more down than up since before the sub-prime mortgage crisis of 2008. It may be no coincidence that, over the same period, the amount that management devoted to research and development (R&D) also fell, at least in relation to sales. Similarly, capital spending, while reasonably consistent as a proportion of sales, was falling more than rising from the mid 2000s onwards.

True, profit margins held up well enough during this period. They peaked at over 10 per cent in each of the three years 2012-13 to 2014-15 and never fell below 7 per cent until 2019-20’s Covid-hit period. Likewise, Ricardo was a steady generator of free cash. But these data also imply a management plan that prioritised each coming year’s results over the longer term. The share price performance indicates that investors caught onto this in mid 2018; after the share price peaked just clear of £10, its fall was dramatic.

However, at 382p and over 60 per cent below the peak, there is a good case for saying the fall has been overdone. Ricardo’s results for the year to end June, to be released on 9 September, will show that the group has matched the City’s – admittedly scaled-back – expectations. Revenue for the year will be much the same as 2019-20’s £350m, feeding through to underlying pre-tax profits in line with analysts’ estimates (ie, around £18m). Obviously, that’s much better than 2019-20’s lossmaking figure but well short of the average Ricardo was clocking up through most of the 2010s.

In terms of revenue growth, the strongest performers were defense (revenue up about 14 per cent), energy and environment (up about 12 per cent) and rail (up 3 per cent). Those segments closely related to Ricardo’s historical automotive consultancy – performance products and automotive and industrial – were the weakest. Performance products was still affected by the Covid-related shutdown in mid 2020 at McLaren Automotive to whom Ricardo supplies engines. Year-on-year revenues at automotive and industrial fell 13 per cent, prompting a divisional reorganisation, which will show up in a one-off charge against 2020-21’s profits. Any doubts about Ricardo’s finances were removed when the company raised £28m via a share placing last November. As a result, year-end net debt was £47m, down from £73m a year earlier.

Meanwhile, brokers Zeus Capital and Investec (advisers to Ricardo) come up with similar valuations for the shares. Applying what it reckons are appropriate multiples to Ricardo’s divisional profits for 2021-22, removing debt and factoring in a 9 per cent discount rate, Investec comes up with a 570p-per-share value. Using a 10-year projection of cash flows discounted to present value at 8 per cent a year, Zeus arrives at 540p.

At 382p, Ricardo’s shares trade at a 30 per cent discount even to the lower value. Meanwhile, in terms of conventional price/earnings ratios, the rating is just 12 times forecast next-12-month earnings (see table), maybe falling when City forecasts are upgraded following next week’s results. That, for instance, is comfortably lower than the average for the FTSE SmallCap index.

Sure, there is the important matter that Graham Ritchie will join Ricardo as chief executive on 1 October following an eight-month search to replace Dave Shemmans, the boss since 2005. The new broom may do a lot of sweeping and, until it becomes clear what gets swept, the shares may mark time. Even so, the downside looks limited. As recovery prospects go, Ricardo, the reformed petrolhead, seems to have miles in the tank.