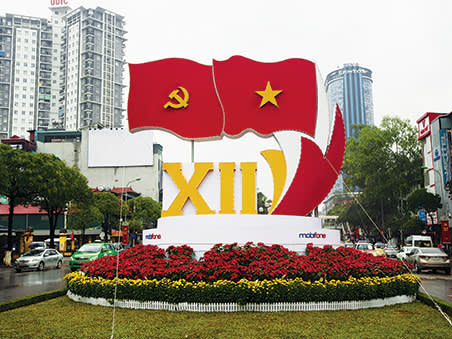 Our suggestions for exposure to emerging market equities

Perhaps the most important area for long-term growth is emerging markets because populations and wealth in these parts of the world are growing as the countries, economies and markets develop. These markets are also less researched than developed markets so should give active managers more opportunities to find good companies. But along with growth potential comes a lot of risk, as these areas are often less politically stable and have lower standards of corporate governance than developed economies. So funds focused on these areas are better suited to investors with long-term investment horizons and high risk appetites.

Fidelity Emerging Markets’ managers, Nick Price, who has run the fund since 2010, and Amit Goel focus on buying quality companies at a reasonable price. They like companies with strong market positions and competitive advantages that can deliver attractive returns throughout the economic cycle. They also like them to deliver superior returns on their assets and have well-capitalised balance sheets so that they can fund internal growth without diluting shareholder earnings by issuing new shares.

Price and his team set a target price for every stock they are considering investing in.

The fund typically invests in companies with market capitalisations greater than $1bn (£726.76m) and at the end of July was mainly focused on larger companies. It typically has 50 to 100 holdings. Examples of holdings at the end of July included Samsung Electronics (KOR: 005930) and Taiwan Semiconductor Manufacturing (TAI:2330) and China Mengniu Dairy (HK:2319) which accounted for 8.21 per cent, 8.12 per cent and 4.51 per cent of assets, respectively.

At the end of July, about two-thirds of the trust's assets were in emerging Asian economies with over 40 per cent in China and Taiwan. Information technology, financials and consumer companies each accounted for around a quarter of its assets.

“We understand that John’s appointment represents business continuity planning and, along with normal portfolio management responsibilities, he will help [to market] the fund,” comment analysts at Numis Securities. “This change is consistent with most other JPMorgan investment company mandates which have introduced second named managers in recent years.”

The trust’s managers look to invest in high-quality companies that can deliver sustainable returns over the long term. They like them to have strong governance and sustainable business models, and be profitable.

The trust’s board says that its managers have always taken environmental, social and governance (ESG) considerations into account, but more recently have formalised this process. For example, the trust has attained an externally measured ESG rating from MSCI that gave it an ESG Quality Score of 6.8 out of 10.

“Given the manager's bias towards capital-light businesses, the [trust] naturally has a carbon-light profile,” comment analysts at Stifel. “The trust's carbon footprint, as measured by MSCI, is only around 4 per cent of the footprint of [MSCI Emerging Markets Index].”

BlackRock Frontiers Investment Trust invests in areas including frontier markets which are even less developed and higher risk than emerging markets, but have the potential for strong growth. The trust can invest in countries that are neither part of MSCI World index or one of the eight largest countries by market capitalisation in MSCI Emerging Markets index, such as China and India.

Sam Vecht, head of BlackRock’s emerging Europe and frontiers active equity team, and Emily Fletcher, who is part of the company’s emerging markets specialist team, manage the trust. They look to invest in mis-priced companies which generate high cash flows and have good management teams, that they think will create long-term value.

The trust’s largest holdings at the end of July were Saudi Arabia’s National Commercial Bank and Kazakh payments, marketplace and fintech systems provider Kaspi (KSPI), which accounted for 4.9 per cent and 4.4 per cent of its assets, respectively.

The trust might also be of interest to income investors with a high risk appetite and long-term investment horizon. It does not actively target income but had a yield of 4 per cent at the end of August, and paid dividends worth $0.07 per share in respect of its last financial year, albeit down 9.7 per cent on the $0.0775 it paid the year before. It paid a dividend of $0.0275 in respect of its half year to 31 March 2021, the same level as for its half year to 31 March 2020. This was partly funded by its revenue reserves as its revenue return per share over the six months to the end of March was $0.0198 per share. The trust’s chairman said that the board “is cognisant that there may be a reduction over the course of the financial year in dividends received from the companies in the portfolio due to the impact of Covid-19. However, [we are] confident that the current pressure on income within the portfolio does not represent a structural change and should prove short-lived.”

The trust has a strong long term performance record but has had periods when it under performed MSCI Frontier Markets index, such as in 2019. Its year-to-year returns can also be very volatile. However, the trust has performed well recently because its “pro-recovery positioning paid off” as frontier markets’ performance caught up with the recovery in the rest of the world, according to its managers.