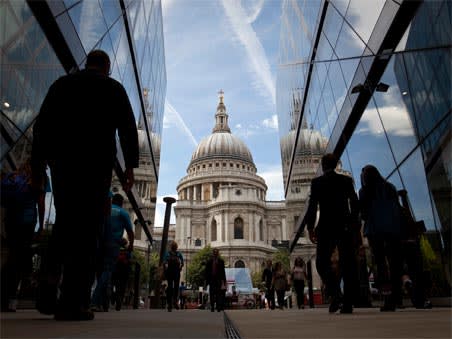 Our fund suggestions for UK growth

The UK economy has been severely impacted by the coronavirus pandemic and is only starting to feel the negative economic effects of leaving the European Union (EU). However, stocks do not necessarily follow the fate of the country they are listed in, particularly the types of large multinationals included in the FTSE 100 index, and there are many good companies of various other sizes listed in London. Investing in the home market also eliminates some of the currency risk for end investors.

Liontrust Special Situations has been managed since launch in November 2005 by Anthony Cross and co-manager Julian Fosh since 2008. They run the fund according to an investment process that involves identifying companies that have a durable economic advantage that allows them to sustain a higher than average level of profitability for longer than expected.

They like companies to have characteristics such as intellectual property, strong distribution channels and significant recurring business, and will not invest in them unless they have at least one of these attributes. Examples of the fund’s holdings at the end of July included alcoholic drinks company Diageo (DGE), information and analytics provider RELX (REL) and Spirax-Sarco Engineering (SPX) which accounted for 3.7 per cent, 3.4 per cent and 3.2 per cent of its assets, respectively.

This investment process has resulted in an outstanding record of outperformance of the FTSE All-Share index and other UK equities funds.

Liontrust Special Situations offers exposure to UK-listed companies of various sizes. At the end of June, it had 40.4 per cent of its assets in FTSE 100 companies, 27.9 per cent in FTSE 250 companies and 23.3 per cent in Aim companies.

One concern is the fund’s large size, which was over £6bn at the end of June. However, so far this does not appear to be detracting from performance.

Slater Recovery aims for growth by investing in companies that have low price/earnings ratios in relation to their earnings growth, and strong cash flows and financial positions. The fund’s investment team looks for companies that trade at discounts to their net assets and cash, and what they consider to be turnaround situations. But they still want companies to have strong balance sheets, powerful competitive positions and high returns on capital. They describe their investment process as “growth at a reasonable price” (Garp), although do not believe that growth necessarily means expensive or that value is cheap and hopeless.

They select holdings by examining companies’ accounts and analysts’ forecasts and like to see positive recent trading statements and that companies’ directors hold their shares. They also meet companies’ senior managers. They only invest in a company if it meets all their criteria.

The fund has a very strong performance record and beats many other UK equity funds and indices such as the FTSE All-Share and FTSE Small Cap. But its year-to-year returns can be volatile, so if you hold this fund you should have a higher risk appetite and long-term investment horizon.

Mr Hermon and his team take a long-term view with their investments and try to avoid unnecessary turnover. The trust’s average holding period for an investment is over five years. They look to add stocks with good growth prospects, sound financial characteristics and strong management at a valuation level that does not reflect these strengths.

Despite its name, Henderson Smaller Companies Investment Trust has historically had more of a focus on mid-caps. Its managers define smaller companies as any company outside the FTSE 100 Index. The trust had 58 per cent of its assets in FTSE 250 stocks, 12 per cent in FTSE Small Cap stocks and 28 per cent in Aim stocks at the end of its last financial year on 31 May, according to Numis Securities.

“The fund’s universe for new purchases is stocks in the bottom 10 per cent of the UK stock market,” comment analysts at Numis Securities. “Hermon tends to focus on the larger more liquid stocks in the universe and is willing to hold onto the winners, albeit top-slicing to maintain diversity.”

Henderson Smaller Companies has a performance fee. However, its base fee of 0.35 per cent is very low and there is a cap on its total management fees of 0.9 per cent a year. So even in years when its performance fee is triggered it doesn’t add up to unreasonable amounts. For example, in its financial year ended 31 May 2021 its ongoing charge (the base fee and some other costs) of 0.39 per cent plus the performance fee amounted to 0.98 per cent.

“Henderson Smaller Companies is one of the largest, most liquid UK smaller company trusts and an attractive core holding for investors seeking exposure to this asset class,” say analysts at Numis Securities. “Hermon has a strong long-term track record through building a diversified portfolio with a focus on growth at a reasonable price, delivering NAV total returns over the past 10 years of 358 per cent (16.4 per cent a year) versus 176 per cent (10.7 per cent a year) for Numis Smaller Companies ex Investment Companies index.”

BlackRock Smaller Companies Trust has an excellent long-term record of beating its benchmark, Numis Smaller Companies plus Aim ex Investment Companies index, and many other UK smaller companies funds. But in its last financial year to 28 February, it underperformed this benchmark for the first time in 15 years, albeit with a double-digit NAV return of 13.5 per cent against 23.1 per cent. Much of the strong long-term performance is attributable to a previous manager, Mike Prentis, who stepped down in June 2019. Since then, the trust’s lead manager has been Roland Arnold, who had been a co-manager on the trust since April 2018.

However, one year’s underperformance is not a reason to write off a fund or manager. Arnold is an experienced smaller companies manager who worked with Mr Prentis on BlackRock’s UK small and mid-cap UK equity portfolios for 14 years and is supported by BlackRock’s UK small- and mid-cap team. They continue to run the trust along the lines that Mr Prentis did. Part of the reason for the underperformance over the trust’s last financial year was substantial exposure to the UK domestic economy, but if Covid-19 comes under better control it could pick up and be beneficial. Arnold and his team have added to holdings that should benefit from a recovery but maintained the trust’s focus on quality, favouring companies with strong balance sheets that generate cash.

“The manager looks to construct a well-diversified portfolio of high-quality companies with superior long-term growth prospects and strong management teams,” explain analysts at Investec Securities. “The management team is well-resourced and works closely with a network of brokers, while BlackRock’s depth of resource, including strategists, economists and a risk team, represents a strong competitive advantage. Portfolio construction is a function of high-conviction stock selection that focuses on companies with proven, trustworthy managements, strong market positions, a clear record of earnings growth, good conversion of earnings into cash and a sound balance sheet. Valuation is a key component of the investment process.”

The trust’s 10 largest holdings at the end of June included Watches of Switzerland (WOSG), Treatt (TET) and Impax Asset Management which accounted for 2.5 per cent, 2.3 per cent and 2.2 per cent of its assets, respectively.

The trust is also different to some smaller companies funds in that it invests in Aim shares, which accounted for just under 50 per cent of its assets at the end of its last financial year. The trust was previously not able to invest more than 50 per cent of its assets in Aim shares but this cap was removed following shareholder approval at the company’s annual general meeting in June. The trust’s board said many of the Aim holdings have performed well in recent years, and it does not want to have to dispose of holdings just to comply with this limit. Arnold says that keeping the 50 per limit in place could result in the trust missing out on good investment opportunities.

While Aim-traded companies are arguably higher-risk, the trust has around 120 holdings which helps to mitigate the risk of each individual holding. And Mr Arnold says that tighter regulations applicable to Aim companies over recent years have resulted in higher standards of governance and transparency.