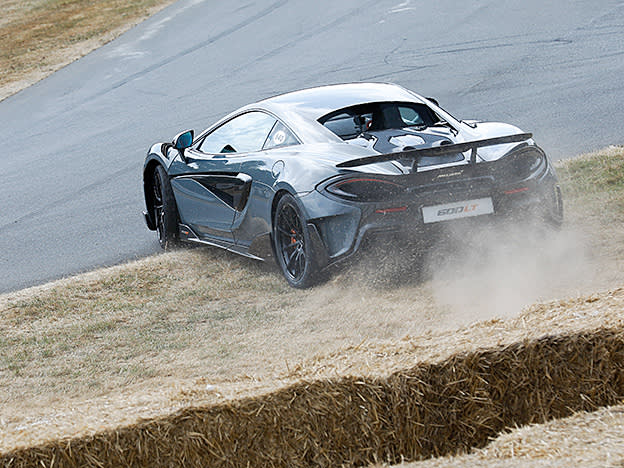 25 red hot shares for the next 12 months

Momentum investors have had a whipsaw year and a little bit. Momentum works by hopping on hot trends and hoping they will continue.

This time a year ago a new trend had just arrived in town. The so-called 'value rotation' trade, or more colloquially known as a 'dash for trash'. This is typical when signs of an economic recovery emerge. Those low quality and heavily indebted businesses that have seen shares sink to near-death valuations rapidly re-rate. It was a raft of vaccine breakthroughs last November that was the event that set the 'dash' off.

After a fulsome Santa rally to round off a crazy year, it was time for many lockdown darlings to take an almighty beatdown (check out AO World’s performance in the accompanying chart to see what I mean). But the fun for value investors largely ended in the first three months of 2021. Since then, growth and quality have reasserted themselves as the hot ticket for momentum.

These kinds of conditions often batter momentum strategies, but my Monsters of Momentum screen actually coped quite well, beating a 30 per cent total return from the FTSE All-Share with a 32 per cent return of its own.

This is the oldest of the screens I regularly monitor in my column and it has now notched up an 11-year performance record. It has delivered a fivefold return over that period (a 400 per cent total return exactly). That compares with a doubling (104 per cent) from the FTSE All-Share on a total return basis.

While the screens are meant as a source of ideas rather than off-the-shelf portfolios, if I try to inject a sense of realism into the performance numbers by including a 1.5 per cent annual charge to represent notional dealing costs, the total return drops to 323 per cent. Those costs add up over the years.

The screen itself is pretty straightforward. It just wants to see lots of momentum. A monstrous amount. This means testing for momentum in price, moving-average trends, earnings and volume. The full criteria are as follows:

■ Earnings growth: average forecast earnings growth for the next two financial years must be among the top quarter of all stocks screened.

■ Volume: average daily volumes over the past three months must be above the level from a year ago.

As with last year, not many shares are ticking all the boxes. In fact, only one which appears as my stock write-up this week. I’ve therefore allowed other stocks through the screen based on the same weakened criteria I used last year. This requires stocks to pass the key price momentum test, but only two of the other three tests. 25 stocks pass the screen on this basis and details can be found in the table at the end of this article. But what of that single, fully-qualifying stock...

Things have changed a lot and very quickly for the company, which specialises in recruiting high-skilled workers.

In its annual report covering the year to end of December 2020 the group talked about a jobs market that had been “unexpectedly flooded with professionals, many of whom possess advanced skill sets and experience”.

Fast forward to the group’s third-quarter trading update covering the period to the end September 2021 and we find that “with candidate and client confidence accelerating across all recruitment disciplines and candidate shortages becoming ever more acute, the competition for talent is fierce. Significant wage inflation has emerged, particularly for the most sought after skill-sets. In short, the jobs market is hot.”

What a turn around, hey!

The effects of hot markets on profits are very profound for recruiters. This boils down to the fact that the main assets such businesses rely on are the recruitment consultants they employ. Pre-Covid, Walters’ wage bill accounted for about 70 per cent of operating costs. While some staff pay is linked to the profits teams produce, a large amount of the wage bill represents a fixed expense. So profits tend to soar when more candidates are placed and increased pay offers boost fees earned per placement.

Robert Walters is particularly well positioned to benefit from hot conditions because 62 per cent of its net fee income is generated from permanent job placements. When a candidate is accepted for a permanent job, the group gets a fat one-off fee. That contrasts with how fees are earned from placing contractors. These temporary placements account for the other 38 per cent of net fee income, which includes the group's recruitment outsourcing division. With this type of business Walters get fees based on days worked.

So, the more skewed a recruitment business is to permanent placements, the more it is a case of feast or famine. Walters is feasting.

Another reason Walters is particularly benefiting from the current global hiring frenzy is because of where its operations are located. Its biggest business is in the Asia Pacific region, especially Japan and Australia. These job markets are really booming. In the third quarter, despite lockdowns associated with the spread of the Delta Covid variant, Asia Pacific net fee income streaked ahead by 54 per cent, ignoring the impact of currency movements.

This made the substantial growth in the group's other two major markets look almost pedestrian. The UK, which accounts for 22 per cent of fee income, reported 17 per cent growth, while Continental Europe, which is 28 per cent of net fee income, was up 22 per cent on the same three months in 2020.

And while comparisons with a tough year are always flattering, a raft of broker upgrades stands testament to the fact that things are going much better than anyone expected they would be. In the last three months alone, consensus earnings per share (EPS) forecasts for the coming year have been raised by a quarter.

But while it is undeniably a time of plenty for Walters, one of the difficulties for anyone investing in recruiters is that the outlook is notoriously tough to predict. Confidence should be buoyed, though, by the shortage of available candidates. So, too, the fact that Walters has shown the confidence to increase fee-earner headcount. Third-quarter numbers were up 5 per cent to 3,376, although the recent hiring needs to be seen in light of a 22 per cent reduction in headcount from 4,027 during 2020.

But there is no getting around the fact that riding momentum in this sector is dangerous as well as often profitable. Indeed, while recruiters can make great momentum trades, for those interested in buy-and-hold, there are few sectors where the phrase 'buy when there’s blood on the streets' rings more true. The bloodbath was back in March 2020.

The cyclical nature of both the share price and next-12 month earnings forecast over the past 20 years (see graph) shows what incredible ups and downs shareholders have previously endured. But anyone who held on through this period would probably see the 1,500 per cent return as justifying the bumps on the way. The FTSE All-Share managed 340 per cent over the same period.

But the real solace for those worried about the rollercoaster nature of Walters’ business is management’s conservative approach to expansion and financing. Essentially, this is a group run to give it the best chance of survival in the inevitable and unpredictable event of a downturn.

Over the last 10 years Walters has not made a single acquisition. In its entire 35 year history it has only ever bought four businesses, which were used as a way to get footholds in new markets. This is particularly prudent in an industry where an acquired company’s key assets can quickly walk out the door once a deal is done.

Instead, Walters encourages its employees to set up new offices in new regions and also to form new teams to push into emerging high-growth markets. Current examples of high-growth areas Walters has moved into include fintech, bio-science, gaming and logistics.

Meanwhile, the balance sheet is kept in very good nick. Excluding lease liabilities, at the end of the third quarter the group had net cash of £126m. That looks like more than enough to survive a downturn as well as splash out on shareholders.

Importantly, a healthy net cash position is a persistent feature (see graph). The business also tends to see cash generation increase when work dries up. Recruiters' working capital needs drop sharply at such times because they pay contractors their wages before getting the money in from clients. The wages that pass through reported revenues is the reason investors pay attention to net fee income rather than the top line of the income statement. So, while a downturn is never to be welcomed, the immediate effect of less work for contractors is more cash for Walters.

The accompanying 20-year chart shows the solidity of net cash compared with the ups and downs of profits. Investors should also take comfort in the fact that the eponymous founder of the group still runs the business, although, at just over 3 per cent, his actual ownership level does not stand out. Still, the conservative approach to management has many of the characteristics associated with the success of companies with large levels of family ownership.

In terms of valuation, the price is clearly anticipating more growth. But as long as it comes through, it does not look like the valuation is outrageous. So, while things can often turn savagely in this sector, a next 12-month price-to-earnings ratio of 17 and a forecast free-cash-flow yield of over 3 per cent should not be an impediment to a continuation of the current momentum.