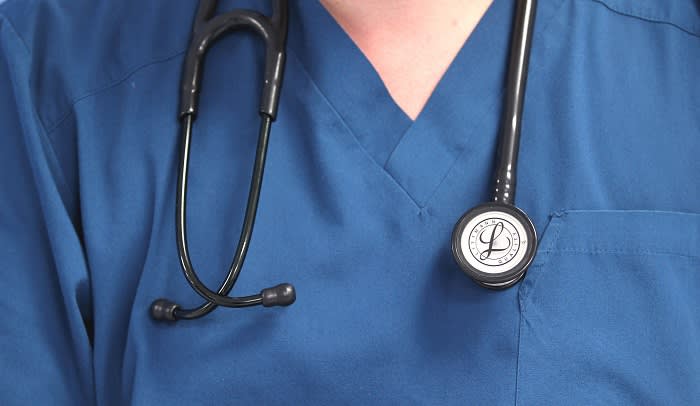 You know the Jack Benny quip that runs along the line, “I really enjoy going to the doctor’s surgery. It’s in the waiting room that I see all my friends”. Granted, Covid-19 put a stop to that – and GPs remain Zoom’s greatest fans – but that will change; the days when the surgery’s waiting room functions as a hotspot for the over 80s will return. As Assura (AGR), a landlord to UK healthcare properties, is keen to point out, the proportion of the UK’s population that is 85 or over is set to double by 2040. That is a lot of assured demand on the way for primary healthcare providers. In turn, it is assured rental revenue for their landlords.

It is not as if the recent past has been very different. As the table below shows, both Assura and Primary Health Properties (PHP), the UK’s two biggest quoted healthcare real-estate investment trusts, run property estates that are, in effect, fully let mostly on long-term leases. Indeed, the similarity between the two groups on various metrics is almost spooky. Both run pretty well the same size of estate – either side of £2.5bn – from which each generates a similar rent roll and a near-identical rental yield. Each portfolio is funded by similar amounts of debt whose loan-to-value ratio is in the same ball park and whose weighted-average term – not quite 12 years – is virtually the same. The most notable difference is that PHP pays almost an extra percentage point on its debt.

True, by the time you read this, Assura is likely to have announced its first-half results for 2021-22; although a trading update in October means nothing unlikely is in the offing. The firm’s management has been adding to the estate; net of disposals in the first half, Assura now runs 625 properties (609 in March 2021). In the process, it has added £5m or so to its rent roll. Meanwhile, its average cost of debt has dropped a touch to 2.3 per cent.

At PHP, whose first-half figures for 2021 we saw in July, rent reviews were the primary source of growth in rental income, which was 5 per cent higher than 2020’s first half. The number of properties PHP manages rose by just one in the half year to 514, although more than half of these are valued at over £5m. Value should be supplemented by an active programme of over 100 incremental projects that will cost about £46m and should add about £1.4m of extra income.

Even the major risk these two face is the same. It might be labelled ‘safe-haven risk’. That is, conventional property assets in retail and offices have had a miserable time as consumers have deserted high streets and shopping centres while workers remain wary of offices. The extent to which the pre-Covid status will return is much debated and, meanwhile, real-estate investors are keenly bidding for healthcare assets. That can only bid down rental yields and may cause valuations to become stretched, especially if inflation remains stubbornly high, prompting a knock-on rise in bond yields. In other words, the haven might not be quite so safe as assumed.

I can probably live with that. It’s not as if I would expect much capital uplift from an investment in either of these two for the Bearbull Income Portfolio. So the chief question becomes, which one? I might as well toss a coin. These two barely even differentiate themselves on their dividend payments. Both distribute quarterly payouts and neither will make another payment in 2021. That Assura’s share price is a touch further from its five-year high than PHP’s, that its shares trade on a slightly smaller premium to net asset value and the dividend yield on its forecast payout is a smidgen higher means Assura should get the nod. However, years of loosely following PHP without buying its shares means I have taken the opportunity to rectify that omission. But that still leaves space for a riskier high-yield holding in the income fund. Maybe it will be Royal Dutch Shell (RDSB), but I’m still not convinced.