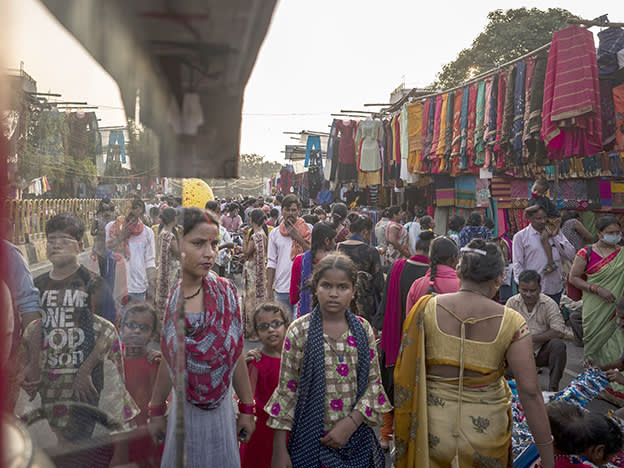 Pacific Assets is good and cheap

In April 2018 Stewart Investors, the manager of Pacific Assets Trust (PAC), published a thought piece explaining why it would continue to avoid Chinese internet stocks despite the “pained looks of sympathy from friendly competitors and clients”. The pain was destined to get much worse.

Having a portfolio with minimal exposure to China and no exposure to the country’s raciest tech plays was to prove distinctly uncomfortable in the years that followed.

Over the two years to the end of 2020, in share price terms, the trust delivered a 16 per cent total return. Compare that with the Global X MSCI China Information Technology ETF, which churned out a 130 per cent total return over the same period. Pacific Assets’ numbers also looked miserable versus MSCI Asia Pacific index’s 34 per cent return and MSCI China’s 49 per cent.

What on earth was the trust’s manager doing? The answer is quite simple: Stewart Investors was sticking to its knitting.

The firm requires its staff to sign a 12-point “Hippocratic oath” to ensure they do not lose sight of key objectives, including the pledge: “We will not forget in our search for returns that the primary risk faced by our clients is losing their capital.”

The reason for so clearly stating such a principle is to help resist the temptation of hot but dangerous investments while also bearing periods of horrible underperformance.

As the trust’s manager noted when acknowledging those “pained looks”, Chinese internet companies epitomised many of the things investors need to avoid if they’re serious about not “losing their capital”. Three characteristics stood out in particular: very weak ownership rights due to the variable interest enterprise structure, which leaves scope for assets to be confiscated; politically-connected chief executives reliant on the patronage of the Chinese Communist Party (CCP); and businesses that could be “deemed to be overly intrusive or misused”.

The capital-protection discipline is encouraged by significant ownership of funds by staff, including through a profit-share arrangement with three-year lock-ins. According to the trust’s co-manager, Doug Ledingham, the “vast majority” of all individual managers’ wealth, including his own, is invested in the Stewart Investors’ vehicles.

This can only have added to the pleasure of Ledingham and his colleague on the trust, David Gait, when 2021 brought them vindication following the years of painful underperformance. The racy Global X MSCI China Information Technology ETF is off 11 per cent while Pacific Assets Trust has gained 13 per cent for its backers this year. Many of the biggest Chinese internet names have halved in value.

The potential dangers the trust feared are materialising: the CCP is cracking down on tech entrepreneurs and the perceived negative influences of their products and services on Chinese society.

But while recent events have helped justify Pacific Assets’ stance, they have not reignited investor enthusiasm. The trust’s shares’ current discount to net asset value (NAV) of 9 per cent remains very wide compared with its history. Given it boasts an impressive record of outperforming the MSCI Asia Pacific index since Stewart Investors took over management just over a decade ago (274 per cent over 10 years versus 160 per cent), one could perhaps have expected the market to show more enthusiasm about the return to form.

One possible reason for the discount remaining wide is that while the trust tracked the MSCI India index as it underperformed, it has not kept up with the index’s 26 per cent return this year despite its high exposure to the country – its largest country exposure at 44.8 per cent.

India also faces some risks from monetary policy tightening in the US. This could trigger capital flight, creating headwinds for both India’s currency and stock market. The relatively high valuation of the Indian market, with a price/earnings ratio of over 30 times, adds to this risk.

However, on the flipside of the risks associated with high valuations are the opportunities that encourage investors to pay up. India’s key attraction is its vast and youthful population. The country’s government is keen to exploit this demographic advantage by presenting the country as an alternative destination for investment by overseas companies that have grown wary of China and the CCP. Indeed, the trust’s managers say they have recently noticed more of its own Indian portfolio companies begin to benefit from a migration of capital.

The managers also believe India is on the cusp of seeing a significant pick-up in capital spending. Corporate balance sheets have been rebuilt over several years and both the government and industry have started to invest to boost capacity.

But while the distinctive positioning of Pacific Assets makes macro themes a noteworthy consideration for investors, the trust itself is not about top-down investing. First and foremost it aims to buy good companies. That’s what dictates the geographic construction of the 63-stock portfolio. As such, the key attraction for investors in the trust should ultimately be its distinctive long-term, risk-aware investment approach.

The management team thinks about investments based on a 10-year holding period. Over that length of time a lot can go wrong. This is why the trust puts huge emphasis on understanding the quality of company culture and leadership – or “stewardship” in financial jargon.

Essentially, Pacific Assets wants to know if a company's business model and management are far-sighted and flexible enough to avoid the risk of value-destruction, as well as to create value. This ethos, which Stewart Investors has followed for several decades, chimes strongly with the environmental, social and governance (ESG) investing technique that has become hugely popular over recent years.

But while the approach chimes with ESG, it does not fully connect with it. Indeed, in terms of Morningstar’s globe rating, which attempts to rate the ESG-ness of funds, the trust only scores a three out of five.

The lack of globes is unlikely to particularly surprise or bother the managers. They regard the primary concern of the ratings industry to be making ratings measurable and scalable, rather than to address the most important questions about sustainability at individual companies.

Gait points to a leading Indian cigarette manufacturer with an 'AA' ESG rating. It can tick the right boxes for the rating agencies while also contributing to tobacco-related death and disease and thereby running huge regulatory risks.

The trust is not alone in its view that ESG scores fail to distinguish powder-puff issues from those of real substance. Highly influential research from Harvard from back in 2015 offered evidence that companies that focus on the most-relevant ESG factors for their industry tend to experience strong share price outperformance, whereas those that only focus on less-relevant factors tend to perform poorly despite often having box-ticked their way to a good rating.

For companies, knowing what sustainability issues to focus on usually comes down to good governance. This idea offers support for Pacific Assets' approach of putting “stewardship” first. But here too the trust is at odds with the ESG status quo. Pacific Assets loves to invest in competent family-managed businesses which foster multi-generational planning. The 3.7 per cent annualised risk-adjusted outperformance achieved by Credit Suisse’s Family 1000 index from 2006 to mid-2020 suggests this approach makes sense. Generally, though, for ESG scores, family ownership is a negative.

As investors' appreciation of sustainability becomes more sophisticated, Pacific Assets could start to stand out based on its well-established and common-sense approach to the subject. And should performance continue to hold up, the trust could once again begin to register in investors' minds as a canny operator. That means the potential for the discount to narrow from its current, historically-high level at the same time as a well-grounded and risk-averse strategy delivers returns.