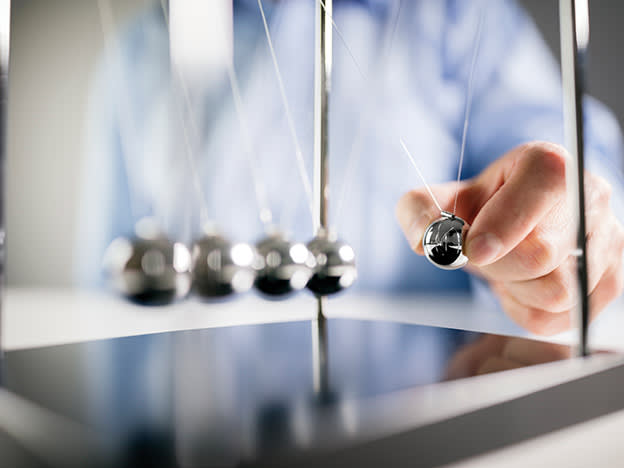 Defensive and momentum stocks did badly in 2021, which poses the question: has their long-term outperformance disappeared for good?

2021 was a year in which once-good stockpicking strategies turned bad. One of these was momentum investing. Having outperformed the FTSE 350 by 94 percentage points in the previous five years, my no-thought momentum portfolio (which comprises the 20 best-performing shares in the previous five years) underperformed by 14.5 percentage points last year. What’s more, the longstanding tendency for past winners to outperform past losers went into reverse: my negative momentum portfolio actually beat the market last year.

The latter is perhaps easily explained. In early 2021 stocks that had been hard hit by Covid-19 such as Cineworld, Rolls-Royce and Tui bounced back as investors hoped for a post-pandemic recovery. The upshot was that past losers did very well. But that process stopped some time ago. My negative momentum portfolio has lost money since the spring and did badly in the fourth quarter thanks in part to big falls in Boohoo and Avon Protection.

What’s not so easily explicable is the poor performance of positive momentum.

Yes, in part this was because 2021 was a bad year for almost all stock-picking strategies. The market was boosted by good performance by a few large stocks such as Diageo, BP and Royal Dutch Shell. Most shares actually underperformed the market, which meant that most stock-pickers will have done so.

But this is not the whole story. It is possible that investors have wised up to the fact that momentum investing pays. In doing so, they’ve driven their prices up so much that such shares are no longer cheap, which means they no longer outperform.

This of course is just what should happen in nearly-efficient markets: investors don’t leave money on the table for long. And there’s precedent for it. In the 1980s investors learned that small stocks had beaten the market for years so they piled into them pushing their prices up so far that they underperformed for a whole decade thereafter. And John Cotter and Niall McGeever at University College Dublin have shown that a similar fate has befallen other once-successful strategies.

So why shouldn’t the same thing happen to momentum investing?

Here, we run into a dilemma.

The great long-run performance of my momentum portfolio is only one data point showing that momentum works. We’ve also evidence from US stocks, international ones as well as from currency and commodity markets that it works. But what should we infer from this? One possibility is that momentum is hard-wired into markets and that we should therefore expect it to continue, with 2021 being just a blip. But the other possibility is that, with the evidence so overwhelming, investors should by now have wised up to it and thus bid away the anomaly.

It’s this paradox of evidence that makes investing unusual and difficult: the more evidence there is that a strategy works, the more likely it is that investors have wised up to it so the strategy won’t work in the future.

One solution to this puzzle could be that investors know that momentum works but avoid momentum stocks anyway because they are risky. One risk they carry is the wrong sort of beta: they do especially badly in really bad times for equities such as in 2008-09 or March 2020. Another is growth rate risk. Stocks often rise because a company’s growth options have become more valuable – such as when mining stocks rise because of higher commodity prices. Actually exercising those growth options, though, is risky: a lot can go wrong when companies try to expand and they often take on debt to do so.

Such explanations, however, merely give me another puzzle. Investors have been hugely well rewarded for taking these risks: momentum has outperformed the FTSE 350 by 8.2 percentage points a year in the last 10 years. Which poses the question: why should the risk premium on momentum be so much bigger than it is on other types of risky stocks such as value, high-beta or small caps?

In the absence of a persuasive answer to this, we’re thrown back onto the likelihood that momentum exists because investors underreact to good news. But if this is the case, then investors should wise up to this mistake and correct it.

I honestly just don’t know, therefore, whether the momentum effect is gone for good or not.

But it is not the only previously successful strategy that failed in 2021. The same fate befell low-risk stocks. Having outperformed the FTSE 350 by 30 percentage points from 2015 to 2020, my portfolio of them underperformed by 11.3 percentage points in 2021.

This didn’t happen because investors acquired a taste for risk. In one important respect, they didn’t. My high-beta portfolio fell last year thanks in part to big falls in Boohoo and Cineworld, continuing the long-term trend for it to underperform. This trend, of course, is not confined to the UK. Economists at AQR Capital Management have shown it to be a widespread phenomenon.

Which poses the same question: does this mean investors have wised up to defensives’ long-term qualities and thus bid away this anomaly?

As with momentum, we have lots of evidence from around the world that defensive investing has paid off, which means that investors should have learned this fact.

Unlike momentum, I suspect there is a strong reason why defensive stocks will continue to do well even though everybody knows their virtues. It’s that they are risky for many investors. They carry the danger of underperforming a rising market which is nasty for anybody who is judged on their relative performance. Fund managers thus underweight them. Which means they are underpriced and so deliver a risk premium for those investors willing to take the risk of underperforming.

But of course the thing about risk is that it sometimes materialises. Which is just what happened last year.

My hunch, though, is that over the longer term defensives will outperform: I’m more confident (or less unconfident) about this than I am about momentum’s prospects.

Another curiosity of 2021 is that value stocks underperformed, continuing a long-term trend of disappointment. This is partly because they carry more cyclical risk than most shares and so do badly when investors worry about the economy, which means they have suffered in recent weeks from worries about the impact of the Omicron variant.

My hunch is that if we see increased optimism about economic growth then value stocks should do better – but this is a big if.

That world 'hunch' takes us to the point of this exercise. What I’ve been doing with these portfolios is to test hypotheses – that momentum and defensives outperform on average; that losers keep losing; that market risk is not rewarded; and so on. Which is why I form the portfolios without using any judgment about the stocks’ merits: if I did that, it would be hard to distinguish good performance by a strategy from good judgment on my part – which would not tell us much.

In truth, of course, all investing by anybody is a test of some hypothesis. So let’s see how 2022 tests our theories.

All portfolios comprise 20 equally-weighted stocks with a market cap of over £500m, excluding investment trusts.