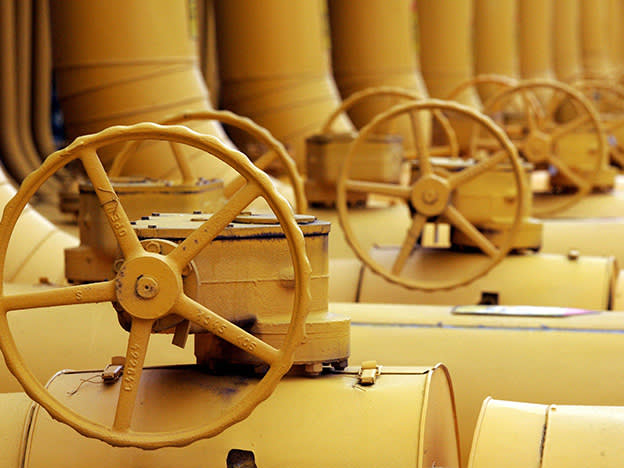 The Anchois-2 well has encountered multiple high-quality gas reservoirs with a calculated net gas pay totalling more than 100m, or almost double the level in the original Anchois-1 discovery well. Net gas pay is a key parameter in reservoir evaluation as it identifies penetrated geological sections that have sufficient reservoir quality and interstitial hydrocarbon volume to produce commercial quantities of hydrocarbon.

Analysts at house broker FinnCap note that Chariot estimates that the Anchois B sand prospect has a calculated total net gas pay of more than 50m in two stacked reservoirs of similar thickness. The upper reservoir is a continuation of a reservoir drilled in Anchois-1, with the lower reservoir being newly identified. It suggests upside potential to the 247bn cubic feet (bcf) pre-drill 2C contingent recoverable resource estimate in the high-quality reservoir given it has a 3C resource estimate of 375 bcf. To put this into perspective, FinnCap’s risked valuation of the combined 361 bcf pre-drill A and B sands 2C resource is US$215m (19p a share), but if the B sands 3C resource is assumed then the brokerage’s valuation rises to US$300m (27p a share).

1. Simon Thompson advised selling two-thirds of the Chariot Oil & Gas holding at 17.5p on 3 April 2017 ('Bargain shares on a tear', 3 April 2017). Simon subsequently advised participating in the one-for-eight open offer at 13p a share ('On the earnings beat', 5 Mar 2018) and buying back the shares sold at 4p ('Chariot's North African adventure', 17 April 2019). Simon then advised taking up the one-for-six open offer at 5.5p ('Exploiting margins of safety', 1 June 2021). Total return reflects these transactions.

2. Simon Thompson advised selling the Cenkos Securities holding at 106p on 3 April 2017 and the 106p price quoted in the above table is the exit price on the holding ('A profitable earnings beat', 3 Apr 2017). Please note that Simon has since included the shares in his 2020 Bargain Shares Portfolio and rates the shares a buy.

The news gets even better because the well also explored the deeper C, M and O prospective sands and was successful at all levels, encountering multiple gas-bearing intervals across 250m with no water-bearing reservoirs identified. Pre-drill mid-case prospective resource estimates for these three prospects was 543 bcf. However, fully geologically de-risked, and assuming 50 per cent commercial risking to account for partnering, and finnCap’s pre-drill valuation of US$43m on the C, M and O prospective sands rises to US$322m (29p a share).

So, with development funding interest high, an offtake agreement with an international energy group announced last autumn, and excess gas to be sold into a tight European gas market through the Maghreb gas pipeline, the latest drilling success significantly enhances the project’s development prospects with first gas pencilled in for 2024.

Although FinnCap doubled its risked-NAV estimate to 54p a share, analysts have not included any value for numerous similar material exploration targets on the licence which have an estimated 2.45 tcf of potential resources.

The holding has produced a 255 per cent total return (TR) on my 3p a share break-even point if you have been following my recommendations since I included the shares in my 2017 Bargain Shares Portfolio. The price has also surged from the 8p level after I highlighted the potential for Chariot to hit pay dirt last autumn (‘Bargain Shares: Speculative high return trading opportunity’, 5 Nov 2021). It could double again once investors cotton onto the implications of the latest drilling news. Buy.