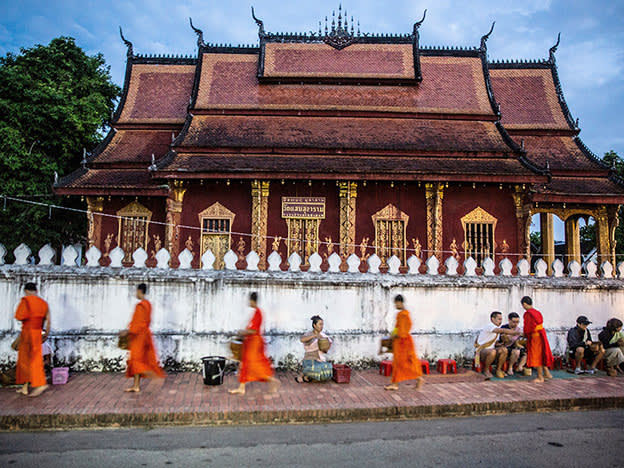 Calling the bottom for Ashmore

Followers of Ashmore (ASHM) will have long ago noted the extent to which the specialist asset manager is plagued by the rapid changes in sentiment that afflict any company with deep ties to emerging markets (EMs). It is fair to say that 2021 was not a year to remember for the company after a strengthening dollar tempted many hot-money investors to dump EM assets, while severe jitters over the health of China’s property companies cast a pall over everything else. But, as the old investment saying goes, “where there is fear, there is opportunity”, and with Ashmore experiencing a flow of investment into its emerging market bond funds, now might be the time to get greedy.

Reasons for the torrid year are not hard to find. Investors have not only been spooked by China’s sickly property market, but the crackdown on tech companies has caused reverberations far beyond its borders. For example, tech-focused investors such as Softbank, which holds big stakes in several Chinese companies, have suffered big losses and loud calls for a change in investment strategy. Meanwhile, the Federal Reserve is signalling a more hawkish stance, which has caused a significant rotation back into the dollar. Then there is the question of Evergrande. Ashmore itself holds considerable amounts of Evergrande paper – up to $500m, according to research by Bloomberg – which may be higher given that it also manages segregated mandates on behalf of third-parties. The fund manager has been adding to its position as others have sold, picking up Evergrande bonds at fractions on the dollar. Take all that into account and it isn’t difficult to see why Ashmore’s shares have fallen40 per cent from their peak in February 2020. However, it is important to remember that while all EM asset classes suffer in this situation, some types of asset deprivation offers an opportunity.

The first clue that Ashmore may be about to turn around is that the company topped the table for positive fund inflows during December. According to UBS research, this healthy £139m inflow was apparently Ashmore’s first positive inflow since August 2021, and its best result since August the preceding year, UBS said. December tends to see an outflow as investors will often liquidate positions in order to meet end-of-year liabilities or margin calls, so Ashmore bucking the trend – interestingly alongside fund manager Man Group (EMG) – is a phenomenon worth noting, as this is clearly what the smart money is buying.

The inflows have targeted specific areas such as EM corporate bonds, investment-grade sovereign bond funds and corporate debt. The rationale for the move is not hard to pinpoint: with the average rise of the dollar against a basket of emerging market currencies topping 9 per cent over the past 12 months, assets are cheap. Strip out the distorting impact of the start of the pandemic and the JP Emerging Market Bond index’s price at 106 is similar to the lows last seen at the start of 2019 – in other words, if the bond markets are adapting to a normalising situation, then other assets will not be far behind, particularly if the supply issues and choke points in the global supply chain start to ease.

This gives companies in emerging markets the opportunity to expand their capacity without risking inflated prices. In short, the underlying credit profile of corporate and sovereign bonds is improving, just as the market applies a cyclical discount. For many hedge funds and other asset managers, that is too good an opportunity to pass up.

In essence, the rotation effect from EM assets that we saw last year, which also drove down Ashmore’s share price, has a double edge. On the one hand, a hawkish Federal Reserve is a natural enemy of emerging market assets as interest rates rise, ending the yield hunting that boosts EM assets in the first place. But, on the other, it opens up an interesting opportunity for investors to pick up already discounted assets at an even cheaper price, with the dollar’s rise providing a natural forex discount for assets denominated in other currencies. The trend is your friend in this case, with Ashmore’s shares serving as a useful proxy for investors who can own in lieu of the underlying EM assets.

Watch for signs of Chinese trouble

Ashmore’s large position in emerging markets means that any hint of contagion wafting out of China’s overleveraged property market could cause the company serious problems – even taking its position in Evergrande bonds out of the equation, memories of the 1998 Asian financial crisis regularly stalk the corridors of corporate power when it comes to emerging-market assets. And there is no guarantee that other countries won’t follow Turkey’s path to apparent inflationary suicide and erode the value of underlying debt.

China is clearly the biggest worry as its size and growing economic power naturally draws other economies into its orbit. Whereas the last financial crisis was all about defaulted mortgages in the US midwest, an asset squeeze in Wuhan could now just as easily mushroom into a serious problem for other countries in the same economic postcode. Currently, the Chinese authorities seem to be taking an approach that hinges on Evergrande being wound down in an orderly debt restructuring. This might lead to existing bonds being substituted with lower coupons, or different durations, with current holders taking haircuts. However, this won’t matter much when the original debt securities have been acquired for a fraction of the face value. In effect, Ashmore has taken an arbitrage position that might prove quite profitable in the long run, but the risks, while quantifiable, are still high.

In terms of valuation, Ashmore currently stands out among the major asset managers (those with a market cap of more than £1bn) for the margins that the business generates. The current Ebit (earnings before interest and tax) margin stands at an impressive 44 per cent – the highest in the sector by some distance, with free cash flow approaching 50 per cent of revenue. This currently comes priced at a forward price/earnings (PE) ratio of 13 for 2022, falling to 12 the following year – a clear discount to everyone bar the ailing giant that is Jupiter Asset Management. Therefore, the shares offer a value case that apparently does not yet price inthe opportunity for a recovery in emerging markets during the year. However,as soon as investors start to pick up EMassets at bargain prices, Ashmore’s shares will not be far behind and thereforerepresent a geared play on that eventuality. There is also a juicy dividend yield toadd to the attractions. In short, forinvestors who like special situations, Ashmore could make a good addition to a portfolio. Buy.