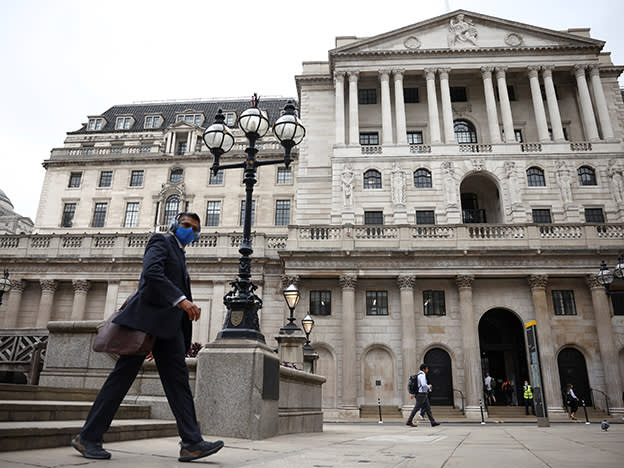 For a variety of reasons, the investment trust sector in general lagged the market – rising just over 10 per cent compared with 17 per cent for the FTSE All World Index. Such occasional headwinds remind investors that short-term volatility is usually the price worth paying to benefit from investment trusts’ superior performance relative to indices and open-ended funds over time.

As highlighted in previous columns, given the determination of governments to engineer a strong economic recovery, the extent of quantitative easing (QE), the prospect of interest rates remaining artificially low, and the valuation contrast between many ‘growth’ and ‘value’ companies, the portfolios continued to reduce the extent of their overweight positions in growth companies after a strong run in recent years, in order to ensure a better balance within their equity exposure.

However, as regular readers know, the rebalancing between the two styles was also matched by the portfolios adopting a more ‘defensive’ asset allocation as the year progressed, in order to ensure balance relative to remit. This involved increasing exposure to other asset classes including specialist debt and renewable energy infrastructure, which also assisted with income levels.

As for 2022, recent columns have referred to concerns about inflation proving more than transitory, and to the rationale of remaining overweight the UK and smaller companies, private equity and the healthcare sector within their equity exposure. Commodities, commercial property, infrastructure and higher-yielding corporate bonds remain favoured when it comes to other assets. Future columns will highlight other preferences and nuances.

However, while continuing to seek attractive returns, it will also be important to remain committed to tried-and-tested investment disciplines and principles in what will be an increasingly volatile period in the markets. Stretched valuations in certain sectors, market leadership being decided, the policy response to rising inflation, the possibility of QE being wound down and increasing geopolitical tensions are just some of the testing issues markets will grapple with this year.

Particularly at such times, it is important to focus on the long term. The column’s portfolios pay little attention to short-term market ‘noise’. The most important determinant is always the ability of companies to create wealth and add value over time, and the conditions that sustain such an environment. The focus remains on assessing the extent of disconnect between sentiment and fundamentals, and volatility is therefore seen as an opportunity.

The portfolios tend to remain invested and seek to add value over time – wiser investors are left to time the markets. Such an approach also allows the full harvesting of dividends, which become an increasingly important contributor to total returns over time – the portfolios’ higher yield, relative to benchmark, acknowledging the significant contribution made by reinvested income to overall returns.

These disciplines will continue to guide the management of all nine (soon to be 10) real investment trust portfolios on the website www.johnbaronportfolios.co.uk, including the two regularly covered in this monthly column. It helps them achieve a broad range of risk-adjusted strategies and income levels with yields of up to 5.1 per cent.

Five of these portfolios represent an investment journey that becomes increasingly defensive as financial goals come into view. This helps to highlight the importance of rebalancing and diversification as a means of helping to protect past gains – both being essential but undervalued disciplines. This usually involves increasing exposure to assets less correlated to equities, including bonds, infrastructure, renewable energy, commercial property and specialist debt – which further assist with income levels.

Furthermore, and most importantly, investment is best kept simple to succeed. Complexity usually adds cost, risks confusion and hinders performance. The portfolios therefore avoid structured products, hedge funds, derivatives, options, etc and instead focus on what we know and our fundamental belief in the power of well-chosen equities to produce superior returns over the long term.

Such investment disciplines and pointers have stood the test of time and will continue to guide us through choppy waters.

These changes were essentially defensive in nature by reducing exposure to equities (FGT, JSGI) or shares in property companies (TRY), while increasing exposure to other assets (PNL, JLEN) and to a trust that invests directly in commercial property (SLI). As previous columns have indicated, it is important to ensure portfolios remain balanced relative to remit, particularly after markets have enjoyed a strong run. Meanwhile, the rebalancing between growth and value continued – as evidenced by the increased exposure to AGT.

The reasons for these changes were more nuanced. The sales reflected recognition of strong runs (MTU, CYN) and narrow discounts relative to prospects (EWI, BHI). The equity purchases factored in attractive discounts relative to performance and outlook (APAX, MRC), and improving prospects (EDIN). The purchase of JLEN was more defensive in nature and continued the work of previous quarters.