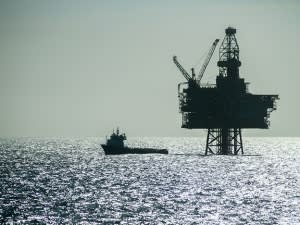 Profit from the energy bill shock with Serica

Putting on a Martin Lewis-esque Money-Saving-Expert hat, it’s clear UK residents need to find a way to hedge against hefty energy price increases. The Resolution Foundation think tank forecasts each household will have to cover £1,000 or more as a result of higher energy costs and National Insurance contributions in 2022.

For investors, options include the traditional indirect hedges against inflation, such as gold and copper, or even the non-traditional and untested ones like of cryptocurrency or non-fungible tokens (NFTs). But these unconventional options involve taking on lots of risk and joining an ecosystem that is divorced from the macroeconomic dynamics.

UK investors can find a direct route to balancing these cost rises, though, by going to the other end of the energy supply chain. Buying a gas company with a dividend policy and in a strong price environment could be seen as a value, growth or income play – handy to someone with a hefty power bill coming up.

But diving into this space also comes with risks. The shareholders of North Sea producer Premier Oil were swallowed up in the Harbour Energy (HBR) takeover, while Hurricane Energy (HUR) investors had to fight to save the company last year as its massive debt pile almost toppled it over. Stronger prices recently have seen the company find its feet again after the board tried to hand it over to bondholders.

A strong balance sheet is critical to balance out the risk. This is where Serica Energy (SQZ) stands out. It is a North Sea gas producer with no bank debt and an expected production jump in 2022. The past year has seen massive increases in free cash flow and yet the company is still priced at only a little over 3 times next-12-month consensus forecast earnings. It doesn’t have major dividend credentials – chief executive Mitch Flegg told us he was not anticipating a “huge special dividends” in the near future – but is coming out of a transition phase with the potential to remain highly cash generative even when gas prices experience their usual drop over summer.

Flegg said the current prices were “not sustainable” but that “all the elements are in place for gas prices to remain high”, pointing to lower investment in new production and continued demand.

Serica’s transition into a bigger producer will see free cash flow climb from -£4m in the 2020 financial year to a consensus forecast of £141m in the recently completed financial year to the end of December 2021, followed by £224m in 2022 and £150m in 2023. These are very striking forecasts for a company with a £557m enterprise value (market cap plus net debt). This cash surge has come partly from  higher gas prices, which in the UK have gone from under 10p per therm at times in 2020 to 400p per therm in recent weeks.

The consequences of this environment are clear. The boss of Octopus Energy, Greg Jackson, told the BBC last week that UK energy companies had had to find an extra £20bn in the past year to keep the lights on. The situation has led to calls for a windfall profits tax on UK oil and gas companies from the boss of energy retailer Ecotricity, Dale Vince, who said the government should help cover the higher costs by taking a chunk of the “money [producers] didn’t expect and don’t need”. Flegg said any added tax would be “counterproductive” as it would cut investment in domestic production.

Gas prices did drop off in the new year, but a return to proper winter weather in Europe should increase demand again in January.

Consultancy Rystad Energy doesn’t see a quick end to Russian reluctance to send greater volumes of gas into Europe either. “The ongoing geopolitical strife between Russia and Ukraine creates an overhang on Nord Stream 2, creating the potential for continued weak flows from Russia into Western Europe through much of 2022, and by extension, the potential for continued elevated prices,” said analyst Wei Xiong.

In the longer term, gas will likely remain in demand despite the energy transition. Broker Jefferies forecasts a “tight” market out to 2025, and a 1 per cent compound annual growth rate over the next 20 years. The European Union has effectively backed the continued construction of gas-fired power plants as well, classifying these as “green” as part of new sustainable finance legislation that “guides and mobilises private investment in activities that are needed to achieve climate neutrality in the next 30 years”. A new survey from consultant BCG showed institutional investors felt similarly, with 70 per cent of respondents saying oil and gas companies should invest more in gas production.

Back to the beginning

Just four years ago, Serica had production of 2,000 barrels of oil equivalent per day (boepd) and sales of around £23m. The transformation to reach almost 30,000boepd, which is hoped to come to fruition in 2022, came thanks to the purchase of the Bruce, Keith and Rhum (BKR) fields from BP (BP.) for £13m upfront, with an additional consideration of up to £39m based on the assets’ pre-tax net cash flow. BP also held onto the decommissioning liabilities for the fields, which is usually a weight on oil and gas producers’ balance sheets. At the time, Serica had an 18 per cent stake in the North Sea’s Erskine field and owned half of the pre-production Columbus field.

The BP deal completed in November 2018, although it became effective from 1 January that year, with the upfront cost slashed once those 11 months of earnings were taken into account. This led to two good years, before the pandemic hit.

The company’s hedging policy allowed the company to maintain its development programme as gas prices tanked in early 2020 as the world locked down. The current good fortune is a reflection of the continued spending, which led to two new income streams coming online just as gas prices were soaring. Serica reached production in August in the Columbus field and the R3 well in the Rhum field started pumping in November.

These additions and the higher gas prices have helped power Serica’s stronger earnings. The other major factor that has just kicked in is the end of the arrangement to send part of the cash flow earnings to BP. As of 1 January, this is down to zero, from 40 per cent in 2021 and 2020 and 50 per cent in 2019.

Looking ahead, there is a forecast drop in production in 2023, which will hit sales. Flegg says this is a natural part of being an oil and gas producer, but adds that both acqusitions and the development of new wells could help turn that around.

Buying in a bull market is no easy thing, as companies that had been planning to sell off assets will want compensation for giving up the high cash flows now coming from the North Sea. Flegg said there was still a “ready supply” of assets coming up for auction, and that acquisitions were still “plan A” for the company. However, with no concrete commitments to deploy much of the cash expected to be generated over the coming years, brokers expect net cash excluding lease liabilities to hit £500m by the end of 2023, which is not far off the group’s current enterprise value. Plan B is handing excess cash back to shareholders.

Any new investors in Serica face an interesting question: how long to hold for? A growth strategy and a tight gas market for another three or four years suggests a few good years to come, but this is a cyclical business and nothing is certain when geopolitics comes into it, with Russia holding plenty of cards in terms of European gas supply. The company has more going for it than the current gas sugar rush, however.

Looking at the various valuation metrics, its forward price-to-earnings ratio has some way to go to catch up to fellow gas player Diversified Energy (DEC) and fellow North Sea producer Harbour Energy, which are both rated at just under 6 times forward earnings. These relatively low valuations are now the norm in the oil and gas industry. Royal Dutch Shell (RDSB) and BP (BP.) both sit around 7 times, which in part reflect expectations of a bumper year but also uncertainties around the energy transition.

Of course the premise of buying a single company to balance out higher power bills doesn’t fully stack up: no return is guaranteed and perhaps a strong income stock could better cover the regular higher payments from these gas and power prices. But joining the crowd that is making money at this time could help lessen the blow, too. Buy.