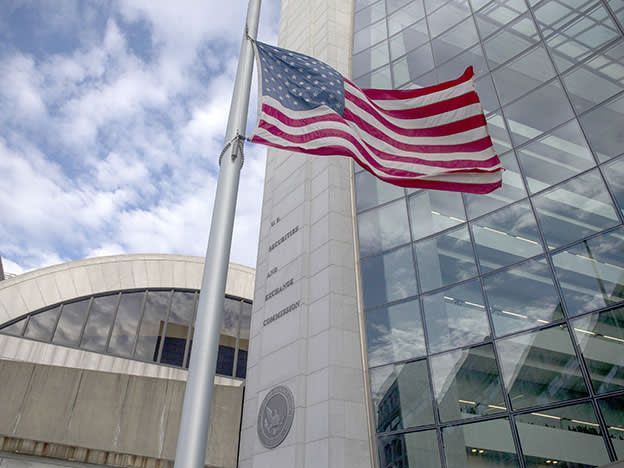 How to find the real value in US shares

The US stock market is the last great frontier for UK investors, and while the cost of trading US shares has fallen to an all-time low, picking the right company is vital as ever

It has always been hard not to be awed by the United States. When I went there on family holidays in the 1990s, the rather sleepy county town we had left behind in the UK seemed like a throwback to the age of steam. We saw cities of gleaming glass, drive-in banks and restaurants, and enormous roads filled with cars that had bonnets like the decks of aircraft carriers.

It seemed a curious case of déjà vu then, when the search for 'non-branded' US shares led me far away into the heartland of US industry and commerce. Looking in-depth at the US market for ideas for our regular look at companies feels very much like standing on the edge of a vast frontier. But with the right discipline and focus, a UK investor can find value and opportunity on the other side of the Atlantic.

US tech companies tend to dominate the headlines when it comes to US investment opportunities. In many ways this is entirely understandable. Few companies in the history of the stock market have consistently made as high a return on invested capital as the likes of Alphabet, Facebook (Meta) and Amazon – which is as sure a sign as any that those companies are operating in a monopoly position.

However, to focus only on the giants does a disservice to a market that has more than 40,000 companies listed on various national and regional exchanges – more than 9,000 of those on the New York Stock Exchange and Nasdaq alone. A UK investor who just wishes to track the US market may do so with any number of low-cost tracker funds. But sticking with a tracking strategy, or simply buying the highest-profile shares, might cause investors to miss important pockets of value in a generally pricey US market – and lead them into bubble territory with a hefty weighting to the oversized tech sector.

The sheer vastness of the US market is the main barrier for UK-based investors these days, because many of the practicalities are less onerous than they once were. Dealing charges have fallen significantly for US shares. In addition, a relatively simple UK tax declaration will avoid the risk of double taxation on income from US shares, thereby keeping at bay the ever-vigilant Internal Revenue Service. Those who have previously fallen foul of double taxation include prime minister Boris Johnson, who in 2015 was forced to pay capital gains tax on the sale of his London house to the US government, all on account of having dual US/UK citizenship at the time.

Using a model portfolio approach is the best way of building up an overall picture of what is available to UK investors, while narrowing down the vast numbers of companies into a manageable selection.

To begin with, we will look in-depth at US shares between $1bn and $5bn (£730m to £3.7bn) in market capitalisation, and which generate significant amounts of cash in relation to those market caps. In the US context, this means limiting the search to what are effectively mid-cap companies. It has the added benefit of cutting out the distorting effect of the tech companies’ high valuations on the overall index, as well as uncovering potential value that might escape scrutiny on this side of the Atlantic.

We searched the US market for companies that, when combined in the portfolio detailed in the table, together generated an average return on capital of above 20 per cent, along with high levels of cash generation and free cash flow margins above the 20 per cent mark. It is also important to note that the average price/earnings (PE) ratio for these companies is below 20. That number is a key to avoiding the priciest valuations on the market. For instance, the S&P 500 average PE is now 38, compared with its long-term average of 19.6, which represents almost 2.3 standard deviations above the mean. That means that even buying a simple tracker fund for the S&P 500 involves taking higher-than-average risk. In this context, actively picking shares and sticking with them is the only sensible option.

The results constitute an interesting range of sectors and companies that might otherwise never have attracted much attention. From vehicle transmission makers to asset managers to educational services providers, none of the companies on our list is likely to be a meme stock, which adds to the likelihood that investors could pick up an undiscovered bargain. We will start by introducing a few companies at a time and then move to evaluate the performance of the overall portfolio as the series progresses. The first three shares fall into the value, recovery and growth categories.

At a time when metal-bashers are an unfashionable presence in many portfolios, one of the interesting outliers in our selection is Allison Transmissions (US:ALSN). The market’s problem with Allison is that the company is associated with 20th century technology at a time when electric, hybrid and alternative-powered vehicles are a rising force. However, there is a danger that investors may be missing the point. Allison specialises in automatic commercial vehicle transmissions and has added hybrid propulsion systems to its capability, but its strength is its specialisation. It supplies automatic transmission drives in niches that no one really bothers with – fire trucks, refuse collectors, military vehicles – and consequently it has built up an enormous 60 per cent share of the global market for commercial vehicle automatic transmissions.

It isn’t sexy, and chief executive David Graziosi doesn’t blast himself into space, but Allison arguably has a moat as wide as any technology company. The closest equivalent in the UK market might be diversified engineering company Melrose (MRO). Melrose has been a fantastic engine (no pun intended) of shareholder returns, but its free cash flow margin of 5 per cent, admittedly at a time when the company is returning to profitability after digesting GKN, looks puny compared with the 21.4 per cent Allison generates. An underrated value buy with a PE that's in the teens.

The US higher education sector represents a hugely lucrative business opportunity for companies that can get things right. With more than 4,000 colleges and universities and 18m students, education service providers have a large potential market in which to operate. The key to success is offering the right service, as the sector does have something of a reputation for being the graveyard of corporate ambitions – just ask Pearson (PSON).

Grand Canyon Education (US:LOPE) runs its own for-profit University in Phoenix, Arizona, as well as a host of online courses. The university has 15,000 on-campus students and more than 50,000 enrolled for its online courses alone. The shares have fallen by a third since reaching a three-year peak of $131 in September 2019. The reason is that the disruption caused by the pandemic has had a huge impact on college enrolments in some US states, and that has combined with a demographic downward drift which meant there were simply fewer children born at the start of the millennium than in previous cohorts. This decline has been equivalent to 1.67 per cent a year since 2010.

The interesting point is that the demographics are set to improve, starting with the class of 2005. Most developed countries experienced a minor baby boom for several years as of that point, as the 'echo boomers' (the children of baby boomers) started to go forth and multiply. There is a case to be made that buying the shares now at the bottom of the trend makes sense when the PE ratio is at a cyclical five-year low of 16, falling to 12.7 in 2023. A classic recovery buy as more enter higher education.

The final share in this month’s look at the US market sits somewhere between growth and value. Evertec (US:EVTC) is an online payments processor that develops software to process transactions securely. It has a customer base comprising financial institutions, government agencies and large commercial operations. It does most of its business in Latin America and the Caribbean. The focus on emerging markets explains, in part, why the forward PE valuation – just 15.7 for 2023 – is so at odds with valuations for similar companies. Admittedly, Paypal (US:PYPL) is a different type of business with a greater consumer focus, but the business of processing transactions is exactly the same. However, you would be lucky to buy its shares for below a PE of 40. There is a suggestion, then, that Evertec’s shares are affected as much by sentiment towards the emerging markets in which it operates as the fundamentals of its business. These look very secure. Evertec currently produces returns on capital employed and Ebit (earnings before interest and tax) that are above its three-year average, according to FactSet data. Overall, a well-priced and interestingly geared growth share with a presence in increasingly important markets.

As we continue our look at overlooked US shares, we will next ask whether smaller financial companies and asset managers offer a stable source of potential returns, or whether the underlying markets must be positive in order to make a decent return.