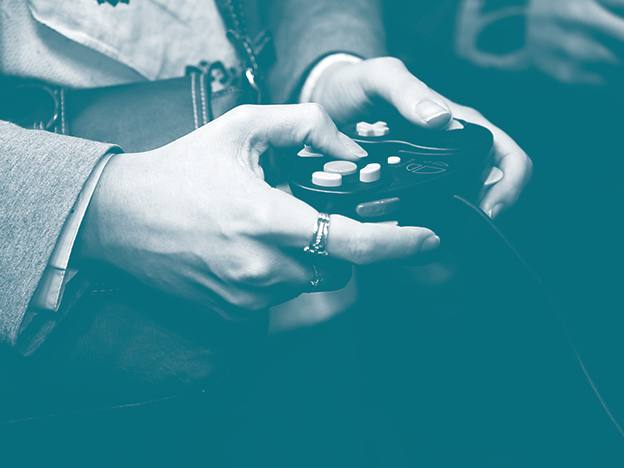 Keywords: gaming boom without the bust

As the leading service provider to developers, Keywords isn't on the line if a game flops

Covid-19 has further expanded the ubiquity of video games. After all, many of us found little else to do when locked up in our homes for chunks of the last two years. In 2020, global gaming industry revenue grew a fifth to $175bn (£128bn) and is on track to hit $219bn by 2024, according to forecasts from industry analysts New Zoo.

Despite this expansion, a rising tide hasn’t lifted all game developer boats. This month, for example, Aim-traded Frontier Developments (FDEV) posted a £1.3m operating loss for its half year to November, having made £6.9m the year before. Some underwhelming releases in 2021, and weak sales of its new Jurassic World game amid tough competition from other “highly anticipated” titles were to blame.

Yet demand for games across all platforms is as high as it has ever been and, after some pandemic disruption to game development, supply is also growing. Extra competition can be bad news for some developers, but is generally helpful for Keywords Studios (KWS), a gaming support service business which provides the picks and shovels to the industry without taking on the risk of developing a title that fails to land with gamers.

Game development and functional testing are the biggest top-line contributors for Keywords. In the first half of 2021, they contributed 27 per cent and 18 per cent of revenue respectively. Game development relates to services to video game developers and is billed on a “per project” basis, while functional testing refers to quality insurance, defect discovery, and making sure games are compatible with different consoles.

Art creation and marketing made up another fifth of revenue. The art team produces both 2D and 3D art plus animations, while the marketing team – which has been growing strongly in large part to acquisitions – makes trailers, plus managing PR and full brand campaign strategies. Remaining revenue-generating services include localisation, which translates the games into over 50 languages, and audio, which manages voiceover, music and sound design. Along with player support services, Keywords is a one-stop shop for everything that goes into building an international hit game.

Keywords is also highly acquisitive. Since its IPO in 2013, it has bought over 50 companies and management was determined to not allow the pandemic to holt its M&A strategy. In May 2020, Keywords sold €110m (£92m) of new shares to help finance eight purchases. These included Maverick Media and Indigo Pearl in London, as well as g-Net in Los Angeles, which all joined the marketing services team. Almost two years on, there’s little sign of a slowdown. In December, Keywords increased the size of its revolving credit facility from €140m to €200m and acquired London-based marketing agency Waste Creative and the Melbourne game developer Wicked Witch.

The benefit of this M&A strategy is that helps boost cross-selling opportunities, as clients are increasingly purchasing multiple services. In the three and a half years to June 2021, the number of Keywords' clients who used more than three services climbed 39 per cent to 129. Despite this, customer concentration is limited: no one client accounts for more than 10 per cent of revenue, and the top five make up just over a quarter of sales.

To date, most of the funding for this expansion has come via share placements and cash generation. Half-year results for June showed a net cash position of €43m despite €44.7m being spent on M&A, reflecting good cash collection and contract management. In the first half of 2021, adjusted free cash flow was €37.7m (up from €10.9m in 2020), equal to a healthy 94.9 per cent adjusted cash conversion rate. Strip out adjustments, and free cash flow still came to €23.8m after tax, against net income of €15.6m.

Given the strong performance in 2021, Keywords will have a good amount of cash to pursue further purchases in 2022. The board is now expecting full-year revenue to be at least €505m. This represents 35 per cent year-on-year growth and amounts to a doubling in revenue over three years. Adjusted profit before tax is also expected to rise 55 per cent to €85m, thanks to a decline in office and travel expenses.

Analysts at Berenberg even think current guidance for around 12 per cent organic revenue growth in 2022 and 2023 is “too conservative”, and instead expect Keywords will continue to post “mid-teen organic growth for the foreseeable future”, while maintaining pre-tax profit margins at around 15 per cent. Absent any major deal-making, the broker also forecasts net cash to grow to almost €160m by the end of this year, powered by a 2022 free-cash-flow yield of 2.8 per cent.

The primary moat around the business is its size. It currently provides services to 23 of the top 25 games developers in the world and works with the top 10 mobile games publishers. This includes well-established names such as EA, Google, Nintendo, Tencent, Apple and Netflix. Of its 8,353 full-time employees, 43 per cent are in the Americas, 26 per cent in Europe and 31 per cent in Asia, as the chart below shows, that gives it a local presence in key markets.

First-mover advantage should also protect it from competition, as it tends to be easier to retain a client than attract a new one. Geographical breadth is also another distinguisher. As most games are released globally, the ability to provide translation and localised marketing sets it apart.

In this sense, Keywords’ model shares parallels with the Big Four accounting firms, which have maintained a near oligopoly because they are the only organisations with the geographical reach and manpower to take on audits for multinational clients. It is too expensive for smaller competitors to invest in expansion as they risk not attracting enough clients to offset the increased fixed costs.

Indeed, the toughest competition is more likely to come from new technology than like-for-like peer firms. Automated translation services and games testing are two sources of threat, which explains why Keywords sought to get ahead of the game by acquiring machine learning translation business KantanMT in 2019.

In July 2021, Google AI also released a machine learning program that game developers can use to train game-testing agents quickly. The program trains the game developers to “just play the game” at scale which enables it to identify bugs. These machine learning tools are only at an early stage, but more technology will be invented to speed up the game production process. In turn, this could undermine the importance of Keywords’ labour-based solution.

Until then, Keywords will remain the leading player in the game development support service market and has ambitions to move into adjacent markets such as film and television. Streaming giant Netflix, for example, recently announced plans to release mobile games on its app and “build a library of games that offers something for everyone”. Strong growth options, powered by continual reinvestment, mean the shares’ current premium rating looks deserved. If sales grow 15 per cent a year, as Berenberg believes is possible, the top line doubles within five.

In the chase for more subscribers, content producers will do anything they can to maintain people’s attention. And Keywords will be there helping them along the way.