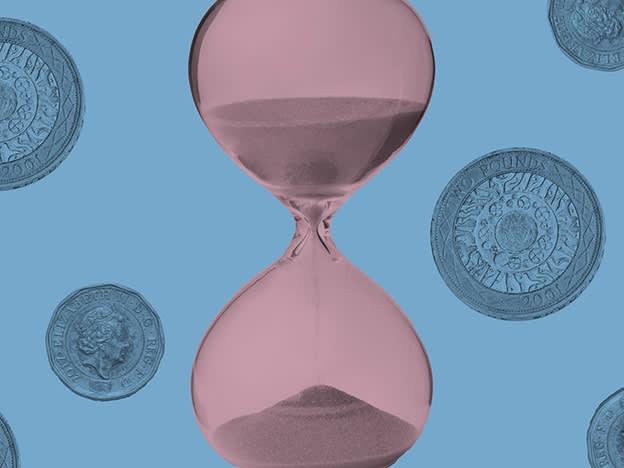 Just a matter of time

Amid a booming bulk annuities market, Just looks to be in the right place at the right time

Investors with long memories will remember the restructuring that annuities and life assurance provider Just (JUST) had to undergo when regulatory changes demanded insurers deliver stable and sustainable levels of capital generation. That meant the long and arduous process of reordering its business units and reshaping its balance sheet.

As befitting a sector where long-term risk must be constantly assessed, nothing in the insurance market moves very quickly and it is only now that Just’s redesigned business model – plus the structural demand emanating from a huge, and rapidly retiring, cohort of second-generation baby boomers – is finally delivering results to excite the market. With the heavy lifting now out of the way, it could just be a matter of time before investors start to properly appreciate the progress the company has made, along with the outstanding value proposition that the shares now offer.

A recent trading statement underlined the benefit of sales diversification. Key to this shift has been a growing contribution from products aimed at solving a long-standing structural problem in the pensions market.

Defined benefit (DB) pension schemes have been a bugbear for companies for years, particularly those large ex-nationalised industries that inherited generous civil service pension agreements. The move to shift the risk of generous, but underfunded, DB schemes from company balance sheets into the life assurance system has gathered pace as schemes have matured over the past few years.

The knock-on impact is that DB de-risking is now the fastest-growing area for Just. New business sales from the division grew by 28 per cent during 2021 to £1.93bn, which when combined with a solid year for the annuities business arm overall new business volumes up a quarter.

An interesting development – and one which has a direct bearing on Just’s basic solvency – is the level of deferred DB de-risking in the sales mix. This rocketed to 38 per cent of total DB revenues last year, up from 2 per cent in 2020. The significance is that deferred written DB business is of much longer duration than either its retail or pensioner in-payment lines, meaning Just has lower upfront capital commitments to support the business. What’s more, while there is a smaller upfront profit for Just – an 8.5 per cent margin, compared with 9.3 per cent in 2020 – over the lifetime of the contract the returns are broadly the same.

The net result is an improvement in Just’s ability to deliver sustainable capital generation. When it releases results on 10 March, Just expects organic capital generation to have doubled to £18m, a year ahead of a key management target. In addition, the Solvency II new business strain for 2021 of below 2 per cent is now considered to be industry-leading, according to analysts at RBC Capital Markets.

Another factor to consider is that after decades of growth, life expectancy has started to fall in the UK, owing to the rise of obesity-related diseases and inherent conditions like dementia (linked to both age as well as environmental factors), along with a stabilisation in the number of smokers. While negative from a public health perspective, Just’s specialisation in providing cover for these groups means it stands to benefit from a shortening in long-tail liabilities.

Solvency II and the inflation paradox

Although the UK has left the European Union, its insurers continue to report under the Solvency II regulations adopted by the bloc in 2016 which forced many players – Just included – to radically restructure their balance sheets to focus on sustainable capital generation. While few in the sector were thankful when the new rules were brought in, it has led to a series of positive benefits, not least that insurers have inadvertently become a natural inflation hedge. The reason for this is that insurers must invest in a variety of assets for the long term that naturally perform well in inflationary times.

Sectors such as property, commercial and lifetime mortgage loans, infrastructure, and social housing are all capable of matching rising price inflation through up-rating clauses embedded in contracts, and the need to invest in such assets is linked to the nature of the pensions themselves. DB schemes have an inflation-hedging element to them that is mandated by legislation introduced after 1997 and, given such schemes make up more than half of the current pensions market and are maturing rapidly, insurers must stick to inflation-proof assets to maintain their balance sheet stability. The traditional solution to this requirement was to buy gilts linked to the underlying retail price index, given their long duration and low risks.

In the short term, the inflation link has increased the popularity of insurers’ shares more generally, both for the generosity of their income yields, but also because of the hedge offered by the assets in which they invest. Life insurers and retirement specialists like Just enjoy an advantage because of the very long timelines of their capital investments.

Just has also been buoyed by a very active bulk annuity market, where volumes topped £45bn in 2021. So far, momentum has continued into this year, as scheme trustees look to offload more risk by reducing their exposure to equities and shift pay-out risk to the life insurance industry. The pace has also ratcheted up after a pandemic-induced delay in instructions from trustees and administrators, and the industry generally is enjoying a period of firming rates and has an appetite for expansion.

For example, larger Just peer Phoenix Group (PHNX) recently closed deals worth £4bn in premiums in the second half of 2021. The insurer has also been exceptionally acquisitive over the past decade. This inevitably leads to speculation that Just could become a takeover target for a larger insurance group like Phoenix. Just’s specialist lines for people with existing health conditions has no obvious conflict, while at the same time it would complement Phoenix’s own retirement and savings business. No acquirer came forward when Just’s share price suffered in wake of regulatory changes in 2018-19, but that may change now that the company has started to prove the strength of its balance sheet and ability to generate sustainable levels of cash.

Compared with that difficult time, the downsides now for Just relate to whether it can keep its management team together. Having proven his worth in the top job after guiding the company through its reconstruction since 2019, chief executive David Richardson may decide at some point to take on a bigger challenge in the world of asset management. But, overall, the boss’s career prospects shouldn’t affect the basic foundations that have been laid during his tenure.

In fact, investors are not being asked to shoulder huge valuation risks. Based on RBC Capital Markets’ forecasts for 2022, Just shares trade on 3.7 times earnings for 2022, during which time a return to dividends is expected. The discount to tangible net asset value (TNAV) is even more extreme; RBC expects TNAV to hit 214p a share by the end of 2022, compared with a share price that struggles to break into the 90p range. In other words, investors are buying at a 60 per cent discount to the group’s tangible worth. That is a risk that is attractive in anyone’s book and while Just has become something of a fixture, maybe it is just time to buy the value and wait for the rating to catch up.