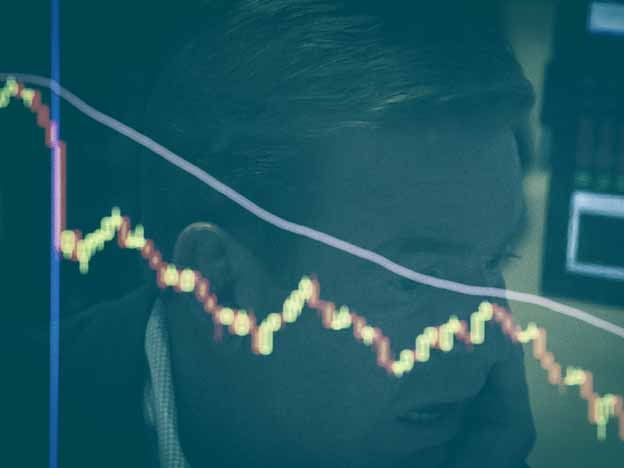 The column last month (‘Maintaining investment discipline’, 14 January) reminded readers that the portfolios’ adoption of an increasingly defensive posture over the past year or so, while also reducing their exposure to ‘growth’ investments relative to ‘value’, was in part because increased market volatility was expected. This has been illustrated recently by the extent the investment trust sector has underperformed wider markets as discounts have widened. More volatility should be expected. This will test investors’ nerve as to whether such volatility presents a buying opportunity, and also the robustness of those portfolios seeking diversification.

It is unlikely that markets will settle in the short term, given the variables at large. We see stretched valuations in certain sectors even after recent falls, market leadership still being decided, central governments’ response to rising inflation (which is now finally accepted to be less transitory than originally thought), the corresponding increase in the number of expected interest rate rises, the possibility of quantitative easing (QE) being wound down, and increasing geopolitical tensions. These are just some of the issues markets will have to grapple with this year. There are others, including rising labour costs and climate change.

It is important, of course, to maintain perspective (as well as investment discipline) and compartmentalise short-term market ‘noise’ in order to focus on the broader trends. Markets have seen turbulent times before and often climb walls of worry. But there are moments when a certain combination of factors has an undue influence. The extent of the unknowns this time suggests caution. Certainly, the investment trust sector is signalling concern.

While the sector underperformed the wider market last year, rising just 10 per cent compared with 17 per cent for the FTSE All World Index, this has paled into insignificance compared with its near-10 percentage points underperformance seen last month alone. Many ‘growth’ companies have seen significant falls. Once again, investment trust investors have been reminded that short-term volatility is sometimes the price paid to access their superior performance over time, relative to both indices and open-ended funds.

But this doesn’t make the short-term experience any more pleasant. The question now for investors is essentially twofold: Should the market (and particularly growth) be bought given recent falls and wider discounts; and are those portfolios seeking diversification resilient enough relative to remit and risk profile? As usual, there are no easy answers, but history can perhaps guide with regards the former, while the nature and extent of the investments chosen will largely influence the answer to the latter.

Recent research from asset manager GMO suggests the US market is in ‘superbubble’ territory – this being defined as three standard deviations above trend, compared with two, which normally constitutes a ‘bubble’. According to GMO, it has only happened on five occasions globally since 1929, including Japanese property in the 1980s and the 2000 technology bubble. In each case, all fell back to trend.

If this were to be the case this time, the S&P 500 would have a long way to fall – perhaps as much as 60-70 per cent. The US market has looked expensive for some time and proved the sceptics wrong. But higher inflation and interest rates could finally change perceptions. Higher discount rates bring into question present values. This has certainly been a factor in the rebalancing of the investment trust portfolios over the past year or so after a period of outperformance and strong positive returns, including over 2020.

But this begs the question whether it is a good time to now increase exposure to growth given the extent of recent falls? For example, the technology sector can claim with some justification that it is participating in an upward cycle which is somewhat detached from the general economy, and which therefore justifies a higher than normal rating.

But valuations still matter. As such, there may still be trouble ahead. Some estimates suggest growth has de-rated relative to value to the extent of returning the outperformance of the previous three to four years. Yet in the post dotcom bubble period in 2000, technology stocks lost around 80 per cent of their value. Technology companies today may be more profitable, but valuations are still far from their long-term averages.

And while elevated valuations have partly accounted for why overall exposure to growth within the portfolios’ equity exposure has been reduced, and will remain so, company size in certain sectors has also been a factor. For example, within the technology sector, better value exists within smaller companies. As such, over the past year or so, the portfolios have reduced their exposure by selling more mainstream trusts such as Allianz Technology Trust (ATT) and Polar Capital Technology Trust (PCT), while retaining those trusts that focus more on smaller companies such as Herald (HRI) and Augmentum Fintech (AUGM).

As usual, one needs to be selective when discussing sectors. It is because valuations look far more reasonable relative to prospects that exposure to the healthcare sector has been broadly maintained – the column ‘Looking for healthier returns’ (IC, 20 August 2021) explaining the rationale in more detail. The portfolios on the website www.johnbaronportfolios.co.uk currently hold BB Healthcare Trust (BBH) and Worldwide Healthcare Trust (WWH).

Otherwise, should markets recover their poise and growth resume its trajectory, the portfolios are adequately invested to benefit relative to remit, in part courtesy of a disproportionate number of excellent fund managers. But taking profits as part of a rebalancing after a strong period of performance are seldom the stepping stones to ruin.

Given further volatility is expected, investors will also want to check the extent of their diversification relative to risk profile and the resilience of their chosen investments. In essence, diversification involves reducing portfolio risk by increasing exposure to those 'uncorrelated' assets that tend not to move in the same direction as equities, over the same period. And while few investments escape a major market correction, adequate diversification usually helps to reduce losses while providing reserves for opportunities.

Within the concept itself, and while accepting Warren Buffett’s dictum about overdiversification, it is particularly important to choose a range of assets given the premiums to net asset value that exist in certain sectors. Diversity will assist resilience. While offering attractive yields and fundamentals, the environmental and infrastructure sectors are not immune to the usual valuation constraints that exist elsewhere. Meanwhile, the commercial property and commodities sectors continue to be attractively valued relative to prospects while also offering decent yields.

Such diversity has helped the portfolios during the recent underperformance of the trust sector, with commodities and some property trusts having done particularly well. But a meaningful range of assets also better allows the portfolios to embrace rising inflation. Equities broadly have historically accommodated the early phase, when economic growth is usually picking up and earnings are recovering. It is the next stage when ratings come under scrutiny as interest and discount rates increase, particularly in relation to those growth companies on elevated ratings.

As such, in addition to the sectors mentioned previously, the introduction of index-linked bonds and gold via iShares Index Linked Gilts ETF (INXG) and WisdomTree Physical Gold £ ETF (PHGP) further enhance portfolio resilience – ETFs being used here because there are no investment trust equivalents. The former sector may be a tad expensive, while cryptocurrencies may have impacted the value of the latter, but both could be helpful ports in a storm.