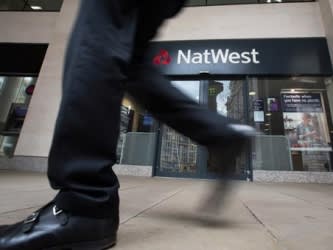 NatWest returns from the wilderness

A once battered and discredited institution has spent 14 years rebuilding trust with investors and customers, and the fruits of that long slog are now ready to harvest

There is always a mild sense of trepidation when an investment idea bases its premise on the past not repeating itself. Any discussion on the relative merits of NatWest (NWG) means investors instantly recalling the havoc unleashed by the bank’s near-collapse in 2008 and massive recapitalisation via a £45bn government-funded bailout. While taxpayer largesse helped keep the cash machines running and the bank accounts of 19mn customers unfrozen, it has proved to be a millstone for the share price ever since.

Fourteen years on, the slow drawdown of the government’s stake to just over half of the shares in issue means NatWest is now approaching ownership independence. This should present the bank, and its investors, with a big psychological boost. Combined with a rapidly improving rate environment courtesy of the Bank of England, plus the prospect of billions in excess capital being returned to shareholders, it could just about the right time to let bygones be bygones. However, there are still fundamental questions for investors to ponder. As fund manager Terry Smith is fond of saying, is it ever worth investing in a bank, rather than just having an account? And more importantly, what type of institution would investors be buying after years of restructuring, given the large threats that remain?

Sentiment is certainly going to be improved by the fact that NatWest returned to profitability in 2021, helped by £1.3bn of impairment releases from capital set aside to cover pandemic-related loan losses that never materialised. There was some attrition in the net interest margin, after loan interest income was affected by lower interest rates during the period, but with the exit from Ulster now secured and another programme of cost-cutting branch closures in the pipeline, full-year results were respectably in-line with consensus when they landed last week. A fresh £750m buyback programme – directed at equity which the market still prices at a 13 per cent discount to tangible net assets – should also be large enough to cheer up investors.

The largest sour note was the threat that inflation could knock a whole percentage point off a cost savings programme in each of the next two years. Given that NatWest’s total costs stand at £7.76bn, that represents roughly £80mn of savings that won’t be falling through to the bottom line either this year or next. This is in large part because banks, along with swathes of the economy, have had to hike employee pay and benefits to retain staff. Despite those pressures, the bank should still be able to increase its return on tangible equity (RoTE). In fact, guidance has now been raised for RoTE to land “comfortably ahead” of a 10 per cent goal, implying overall revenues will top £11bn.

One of the prime reasons for optimism this is year is that it is obvious that the Bank of England will be raising interest rates again as early as March. With inflation running hot at 5.5 per cent, the Monetary Policy Committee has little choice but to act, and a straight rise to a 1 per cent base rate is better than evens. While NatWest itself says that a low interest-rate environment will persist, any move upwards presents the bank with an improvement to its net interest margin, as it uses its market position to raise the interest charged on the loans it makes at a faster pace than it lifts rates on its savings accounts.

That is significant because NatWest is judged by analysts to be the most obvious beneficiary of higher rates due to its slimmed down focus on the UK market. One knock-on effect of a significant improvement in the net interest margin would be the release of more Common Equity Tier 1 capital (CET1) from its reserves, without taking a hit to its risk weighting. The released capital can then be either profitably lent at better rates of interest, used for new investments, or simply returned to shareholders – an option that might be attractive after years of meagre rations in that respect.

Fortunately for NatWest, while its operations have slimmed down, its excess capital has only grown. As of 31 December, the CET1 ratio stood at 18.2 per cent, which amounts to the highest capital buffer of all the UK’s major banks. In practice, the Basel III reforms brought in after the financial crisis stipulated a minimum CET1 ratio of 7 per cent, with most institutions holding capital in a range between 13 to 16 per cent. The wiggle room on capital returns from NatWest’s CET1 pile is clearly there, but as with most of the European banking sector right now, it is only a question of the timing of releases. Analysts see a gradual reduction over the next two years as the most likely scenario.

The increasingly cautious balance sheet reflects deliberate policy. In fact, since the deal to offload its Ulster Bank operations to Allied Irish and Permanent TSB, NatWest’s operations and geographical footprint looks retrenched. Commercial and retail banking is now at the forefront, in marked contrast to the old RBS days of ceaseless expansion into markets in which it had little experience. The point is perfectly illustrated by the total assets on NatWest’s balance sheet. At the end of 2021, total assets were £782bn, around two-fifths of the figure on the balance sheet just before the banking crisis hit. In half a generation, the lender has gone from swashbuckling risk-taker to a sensible digital-focused national bank, which given the backdrop is probably a good thing.

While a bank that sticks to areas it knows is less likely to foul up than one that doesn’t, a heavy focus on UK domestic and commercial banking carries its own set of risks. For one, an increasingly frothy housing market – where lots of NatWest’s loans are concentrated – could struggle if rising interest rates eventually lead to higher default rates. That market also operates on thin margins as competition in the current mortgage climate is fierce, and all the while inflation slowly eats at loan values. General uncertainty over the direction of the UK’s post-Brexit economy is another discernible note of caution, though arguably a bank that no longer crosses borders is organisationally less complex.

Another negative is the question over whether the high street banks’ unique selling point, their sheer market dominance in the UK, is necessarily an advantage. Though no fintech or digital-only bank comes close to matching NatWest’s customer numbers, barriers to entry to offering a functional, cheap service in previously unfashionable areas like transfers and forex are lower than ever and underlines how much of a foothold such companies can gain at the expense of the banks.

This doesn’t mean the company hasn’t worked hard to upgrade its digital offering. The pandemic may have accelerated the shift away from expensive branches to banking apps, but large incumbents like NatWest still had to deliver. A rise in the proportion of retail customer needs that were met digitally from 53 per cent in 2019 to 87 per cent in 2021 is therefore reassuring, as is the £2.4bn of investment earmarked for digital and technology programmes in the three years to 2023. Still, large lenders move slowly, and sometimes painfully: neither NatWest nor its blue-blooded Coutt’s subsidiary has been able to offer customers forex services since the group’s outside provider collapsed five months ago.

While risks abound, this is more than reflected in the risk premium the market has applied to NatWest shares. Analysts at Berenberg forecasts the bank will return £3.6bn to shareholders by way of dividends and buybacks in 2022, giving an effective yield of 13 per cent based on the current share price. If this is achieved – and consensus does not differ widely on this point – then NatWest is well on the way to fulfilling the traditional role of UK banks: presenting investors with steady and predictable levels of income based on straightforward income-generating lending activity. If NatWest can reinvent itself as a repentant sinner, then investors should be in the market for forgiveness.