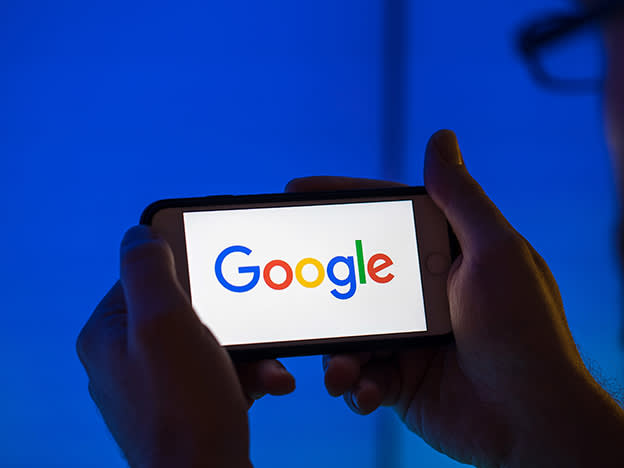 Stocks with an intangible edge

Despite their importance, intangible assets are notoriously hard to account for. Can our new screen sniff out companies with the intangible edge?

As we have repeatedly written in these pages, intangible assets are increasingly important to businesses and the investment decisions they make. It follows that they should matter greatly to any owner of those businesses, too.

Tangible assets – also known as hard or fixed assets, such as warehouses, computers, or fleets of trucks – of course matter. The importance of property as a store of value to both investors and individuals is one example of the enduring appeal of physical goods whose price is easily determined.

These discoveries shouldn’t come as a great surprise. Since the beginning of the information age halfway through the 20th century, the global economy has shifted from one backed by hard assets to a knowledge economy empowered by research, technology, and human capital.

Unfortunately, modern accounting isn’t very good at placing a value on intangible assets. That’s in part because most intangible assets are created within a firm, which are often simply expensed and not capitalised on the balance sheet. The net result for investors is that their decisions are often impaired by a lack of clarity on the scale of the hidden value within companies.

One way to understand this phenomenon is to analyse one of the most successful stewards of intangible assets the world has ever seen, Alphabet (US:GOOGL).

Looking at the Google parent’s income statements for the past seven years, we can see that sales rose almost four-fold to $258bn (£192bn) and annual pre-tax income has increased by a staggering 426 per cent to $76bn. At the same time, shareholder equity has grown by just 141 per cent, as a near-tripling in assets has been offset by a rise in liabilities from $26.6bn to $108bn.

One growth rate in the balance sheet appears far more quotidian. Under international accounting standards, Alphabet’s intangible assets climbed from $20.2bn to $24.3bn in the seven years to 2021.

Three observations spring from this. The first is that this value was essentially unchanged when adjusted for inflation. Second, the bulk of these intangibles relates to goodwill taken on from past acquisitions, meaning the net carrying value of the company’s huge ecosystem of patents, in-house technology, know-how and trade names is just $1.4bn after accumulated straight-line amortisation. Third, intangibles have declined as a proportion of total assets in the period.

Last year, University of Rotterdam researchers Dion Bongaerts, Xiaowei Kang and Mathijs van Dijk went one further. In an analysis of returns from the Russell 3000 index between 1989 and 2020, the team showed that firms with higher rates of intangible asset creation outperformed the market by 4.6 per cent a year, making it a greater predictor of stock price performance than size, value or profitability – and all without higher volatility than the broader market.

Interestingly, the paper also returned similar results even after excluding the ‘Big Tech’ firms (the FAANGs, Microsoft and Tesla among them), suggesting that the intangibles effect is a consistent feature across many sectors, and not simply skewed by a handful of highly profitable companies with trim balance sheets and large appetites for knowledge and human capital investment.

What follows is an attempt to replicate the researchers’ methodology in our own versions of the screen. If they prove successful, we may look to incorporate the ‘intangibles’ factor elsewhere.

To calculate intangible assets, they first added together accumulated past research and development (R&D) spending and 30 per cent of selling, general and administrative expenses as proxies for investments in knowledge and organisational capital. This figure is then depreciated according to the industry-specific rate, which gives us the numerator.

To get the denominator, the numerator is added to period-end total assets and goodwill is then subtracted, to ensure – in the researchers’ words – that the asset base isn’t “polluted by market premia for non-intangibles”. Stocks are then ranked based on their intangible asset intensity, and portfolios are constructed based on long positions in high scorers and short positions in laggards.

Our inaugural intangible intensity screen, the results of which are included below, seeks to stay close to these features. Rather than insist on sector-specific amortisation, a blanket straight-line depreciation rate of 20 per cent for all stocks has been used, meaning only intangible assets from the past five years are considered. Apply this tweaked methodology to Alphabet, and its intangible intensity comes out at 26 per cent, toward the top of the S&P 500.

A further two tests have been applied to try and clean the results: the exclusion of companies with a market value below £100mn in the UK screen, to reduce the rate of anomalies, and a filter to ensure companies must have at least one recorded R&D expenditure entry in the past five years.

Below are two 15-stock portfolios – one ‘long’ group focused on high-intensity firms and another ‘short’ group with low rates of intangible intensity – from the FTSE All-Share. Both are attempts to replicate the Rotterdam team's findings, and should serve as ideas for further research, rather than an off-the-shelf portfolio.

I have also included the top and bottom 15 stocks for the S&P 500 in the download link below. On the surface, the results from both indices imply that intangible intensity looks like another way of describing ‘growth’ and ‘value’ stocks. But we’ll have to wait until this time next year to find out whether that observation is correct.