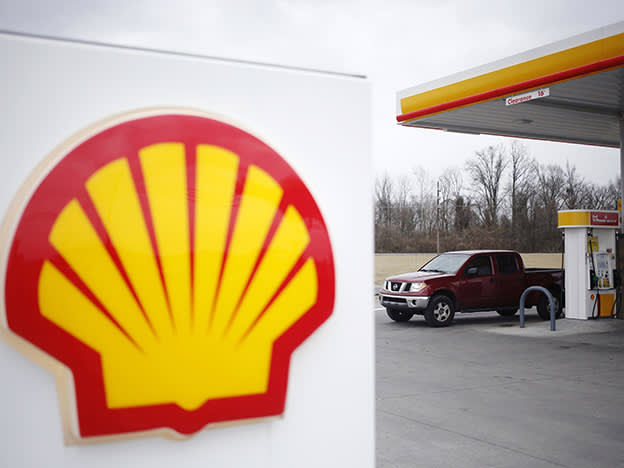 Russia’s invasion of Ukraine has precipitated sharp falls in markets and, with uncertainty over how the situation will develop, more are likely. If you are looking to preserve the capital value of your assets – or take a balanced approach because you do not have a very long-term growth objective or high risk appetite – your portfolio should include lower volatility assets, to reduce correlations with rocky equity markets. Options include wealth preservation and Targeted Absolute Return sector funds, which aim to deliver positive returns in all market conditions over a specified period.

However, many absolute return funds fail to consistently deliver ‘absolute’ – that is, greater than zero – returns. One exception is Janus Henderson Absolute Return (GB00B5KKCX12), which has made a positive return in nearly every full calendar year since its launch in 2009. Even though it missed its mandate in 2018, it still fell far less than the FTSE All-Share, and less than global indices such as the MSCI World.

Janus Henderson Absolute Return aims to provide a positive return, regardless of market conditions, over any 12-month period. The fund's managers, Ben Wallace and Luke Newman, look to do this by investing in shares they think will rise and using derivatives to take short positions in shares they think will fall. They aim for the fund to benefit from either rising or falling equity markets.

For example, in January, the fund held a futures contract that profited from weakness in the Nasdaq, particularly within the index's smaller capitalisation constituents. Other short positions in a US-listed utility company and a Swiss flavour and fragrance multinational were also profitable as yields spiked and drove down the price of expensive bond proxies in the equity market.

Long positions in quality growth companies such as software provider SAP (DE:SAP), building materials supplier CRH (CRH), and transport and logistics company DSV (DK:DSV) detracted from returns. But this was countered by strong performance by financials HSBC (HSBA), Aviva (AV.) and Allianz (DE:ALVX). The surge in the oil price resulted in long positions in Shell (SHEL) and BP (BP.) also performing well. And the prospect of a recovery in short-haul travel as worries over the Omicron variant eased meant positions in airline Jet2 (JET2) and travel-focused newsagent WH Smith (SMWH) performed well.

Typically, at least 60 per cent of the fund’s exposure to long and short positions consists of UK companies of any size and in any industry, with the remaining long and short exposure outside the home market.

The fund’s managers combine core long-term and tactical short-term ideas, which they get from sources including proprietary research, external research and other Janus Henderson investment teams. They aim to take long positions in companies they think could experience unexpected earnings growth or have value-creation potential. And they look to take short positions – that is bet on price falls – in companies where they think the earnings are priced in or the long-term value is impaired.

They also carefully monitor the stock market exposure, on which they have strict limits and have a key focus on preserving capital. In January, for example, Wallace and Newman reduced gross exposure due to high market volatility, and the speed and extent of the reversal of growth as an investment style. This was partly achieved by reducing long positions in value-oriented resources groups BP, BHP (BHP) and Anglo American (AAL). Wallace and Newman also reduced long exposure to insurers Legal & General (LGEN), AXA (FR:CS) and Munich Re (DE:MUV2) as these had neared the price targets they had set.

Janus Henderson Absolute Return is permitted to hold a significant proportion of its assets in cash and money market instruments, should the managers choose a defensive posture or as collateral for derivatives positions. The fund can also take on debt so that it can invest more than the value of its assets if its managers think there are good opportunities available.

Wallace and Newman have run the fund since launch in 2009 and 2010, respectively, and their approach has been tested through various market cycles. Wallace has managed UK equities at Janus Henderson since 2011, before which he was a senior investment manager at Gartmore, which he joined in 2002. He managed UK equity funds at Deutsche Asset Management between 1997 and 2002.

Meanwhile, Newman has managed UK equities at Janus Henderson since 2011 and was co-manager of several funds at Gartmore between 2009 and 2011. He has also been a portfolio manager at Altima Partners and F&C Asset Management, which he joined in 2008 and 2005, respectively. Newman began his career in 2000 at Deutsche Asset Management.

A downside to this fund is its performance fee of 20 per cent of any returns it makes over the UK base interest rate, which can take its overall charge higher. For example, in the fund’s financial year to 31 May 2021, in addition to the 'I' share class's 1.07 per cent ongoing charge, it levied a 1.28 per cent performance fee, taking total charges for the share class to 2.35 per cent.

The fund's performance relies on its managers’ ability to get exposure to or short the right stocks. If they get this wrong, the fund could lose money rather than preserve the value of its assets.

But in years when Janus Henderson Absolute Return does not meet its targets the performance fee is not triggered. The performance fee is also subject to a high water mark, so in any given of the fund's financial years, it not only has to make returns above the UK base interest rate, but its net asset value also must rise above what it was at the last annual crystallisation point. This means that the fund has to make up for previous underperformance of its high water mark, as well as exceeding it in its current financial year, to be able to charge a performance fee.

Wallace and Newman have so far largely made the right calls, meaning that the fund has consistently made positive returns. This is something many wealth preservation funds fail to do. And it is sometimes worth paying for something that reliably delivers what it should, rather than saving money in the short term but eventually losing more than what you saved.

So if you are looking to add or increase investments that could mitigate downside in your portfolio, Janus Henderson Absolute Return Fund still looks like an effective way to do this.