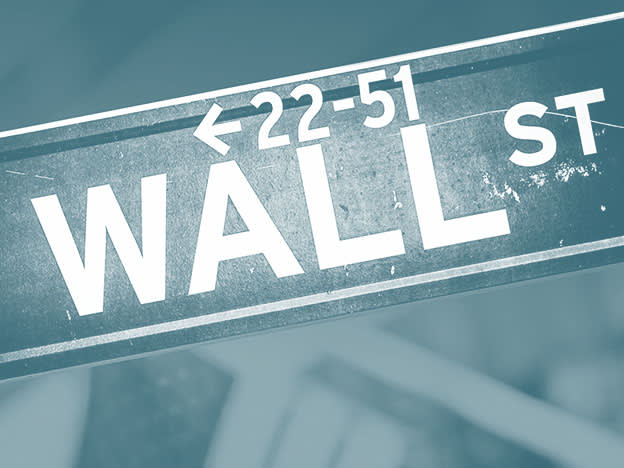 US Value Portfolio: Riding out the bear market

With the US core indices heading slowly but inexorably towards bear market territory, picking out value shares is more important than ever

Contemplating the sea of red in the US markets is a curious case of being proved both right, while at the same time trying to stay invested. It is worth noting that on a 12-month basis, the S&P 500 is still 5 per cent up. But the falls over the past quarter have seen it inch towards a 20 per cent drop from its year highs, which qualifies as a fully-fledged bear market, although currently it is still technically a correction. Unsurprisingly, this has also affected our mid-cap value share portfolio, with one or two interesting exceptions. It seems that those shares that escaped the worst of the New Year rout share defining characteristics, despite being in radically different industries – namely an ability to generate operational gearing on a fixed cost base. The correction in the market does illustrate another investment truism: shares bought at an initial discount to the index will always perform better once those with higher valuations start to fall.

One of the pitfalls of aiming for a value approach with a price/earnings (PE) ratio of below 20, is that this excludes the resources stocks that have anchored portfolios during the current spike across the commodities spectrum. The reason for this is simply the S&P 500's exposure to technology shares, which make up over 27 per cent of the listed companies on the index by market capitalisation. Tech shares may have been in the doldrums of late, but energy and mining stocks, which comprise barely 3 per cent of the S&P 500, have been buoyant – the S&P 500 Energy subgroup has returned more than 40 per cent over the past 12 months. The S&P itself has barely managed 10 per cent over the same period given the correction that started after Christmas. The much more resource-heavy FTSE 100 has managed to keep most of its gains over the same period as mining and oil shares have supported the rest of the index through their relatively larger market capitalisation.

In terms of our own US portfolio, it is down 4 per cent in the year to date, compared with 12 per cent for the S&P 500. Not brilliant, but not terrible, either. The main drag on performance seems to have been the proportion of asset managers within the portfolio, who naturally see their share prices suffer when the markets tumble. CI Financial (US:CIXX), which is a Canada-based investment adviser and fund manager, took a particular dive over fears that client funds are starting to leak away. That will probably prompt a change of investment approach on our part, but it would be foolhardy to close out positions on the basis of such a short-term performance.

Fortunately, the value approach has delivered some expected gems as takeovers and solid investment in research and development generate decent returns.

The market’s problems should not obscure individual successes and despite the uncertainty in the broader sense, M&A activity continues at the mid-cap level. For instance, consolidation has long been a feature of the television broadcast market in the US, and it has become clear that the value case for Tegna (US:TGNA), not to be confused with similarly named Japanese company Tenga, was just too tempting for a larger company to resist making an offer.

The value we spotted in Tegna’s shares has been validated by the accepted takeover offer from Standard General, with shareholders accepting a cash offer of $24 a share, giving Tegna an equity value of $5.4bn. That represents a 39 per cent premium to the company’s closing share price on 14 September 2021, the last day before takeover speculation started to build. That is also a 28 per cent profit on the shares from when we recommended adding them to the value portfolio.

It isn’t difficult to see the attraction for Standard General. Even for a comparatively small broadcasting operation, Tegna still cashes in during the American election cycle when both main political parties shower money at campaign ads. In 2020, alone, that meant $385mn of incremental revenue generated by political ads for Tegna. While that wasn’t repeated this year, the company still upped its subscription revenues via price increases and produced free cash flow of $190mn, according to its recent post-takeover annual report. It is always a shame to see a successful share disappear from the portfolio, but the fun part is finding a suitable replacement. Await documents.

Allison Transmission (US:ALSN) has proved to be a reliable old stager as the old-school vehicle transmission company defies the sell-off in the rest of the market. Since the start of the year, Allinson’s shares have risen by 8 per cent, while the broader market fell by more than 10 per cent.

There is a lot to like about the company. It spends over 7 per cent of sales on research and development, or $171mn annually, and this total is expected to increase by 10 per cent this year. To put that into more specific terms, Allison probably spends 50 per cent more than needed to keep up with the depreciation of its intellectual property. The investment can take a physical form – a new engineering campus – or increased investment in electric vehicle transmission systems.

The market was clearly cheered by a dividend that increased by 11 per cent, as well as an extension of the company’s target to buy back 10 per cent of the shares every year. The total payout is supported by adjusted free cash flow, which was $460mn in 2021.

While a mature company – it was founded in 1915 – the core of the company’s success is its niche in specialist vehicle markets and the fact that it can regenerate its intellectual property; investors do not get the sense that it coasts on its past glories. Overall, it proves that a company’s best margin of safety is the width of its moat. Allison is highly unusual in that it is one of the few stocks with a PE well below average market price that combines value, financial maturity and a difficult-to-copy market niche.

Current consensus forecasts put Allison’s shares on a forward PE ratio of below eight times earnings for 2022. That is a bargain compared with the still high PE average of 24 times for the S&P 500. Even with economic turbulence likely this year, the valuation prices in a wide margin of safety. Buy at $39.27.

While tech shares more generally had a torrid quarter, there are still niches within the sector that are inherently tied to the health of the broader US economy. One such example is the second-best performing share in our portfolio so far this year – software as a service (SaaS) provider CDK Global (US:CDK). The company provides software services for car dealerships across the US, and business has been brisk. Amid the current maelstrom surrounding commodity prices and inflation, it is sometimes easy to forget that the main problem for the US is an overheating economy, which is why the Federal Reserve recently signalled a much more hawkish stance in the year ahead.

Fundamentally, the end of the pandemic saw consumers with high levels of savings and a desire to spend them, and many decided that a new car was the best way to use that cash. That trend fed through quickly to CDK, where pre-tax profits increased by 19 per cent at the half-year stage to $186mn (£143mn). Pleasingly, at a time when costs are rising across the board, CDK’s revenue spike was well ahead of the increases in its underlying costs, which rose by 13 per cent to $196mn. There were also signs of operational gearing coming into play, with cash conversion rates topping 70 per cent. Conceivably, the outlook for interest rates may cool the new car market in the months ahead, but the beauty of CDK’s software is that car dealerships pay for it whether they are selling cars, or not. CDK also has one of the highest returns on employed capital on our list at 19 per cent, and we are inclined to stick with the business as comparators are set to become more normalised as the year progresses. Buy.

There had been some fears over investor appetite for higher education services provider Grand Canyon Education (US:LOPE) after the company was hit by multiple analyst downgrades. But the shares have rallied on the back of better than expected fourth-quarter results. Although the company reported slightly lower enrolments of 3 per cent across its partner institutions, it clawed back revenue from higher service charges for its residential students. It seems that more students have opted to study on campus this year after a covid-disrupted, and decidedly unsociable, experience over the past two years.

As a result, full revenues increased by more than $50mn to $896mn. Defending its position did not come cheap, however, and the $20mn increase in marketing meant that pre-tax profits were largely flat at $331mn. Still, with higher student numbers than expected, the company will experience better revenue per student on average, which is why the investors came back for the shares after a period of attrition. Buy.

In our next look at US shares, we will cast the net a bit wider and assess which industries could benefit from a higher interest rate environment and whether the shares themselves have a value attraction.