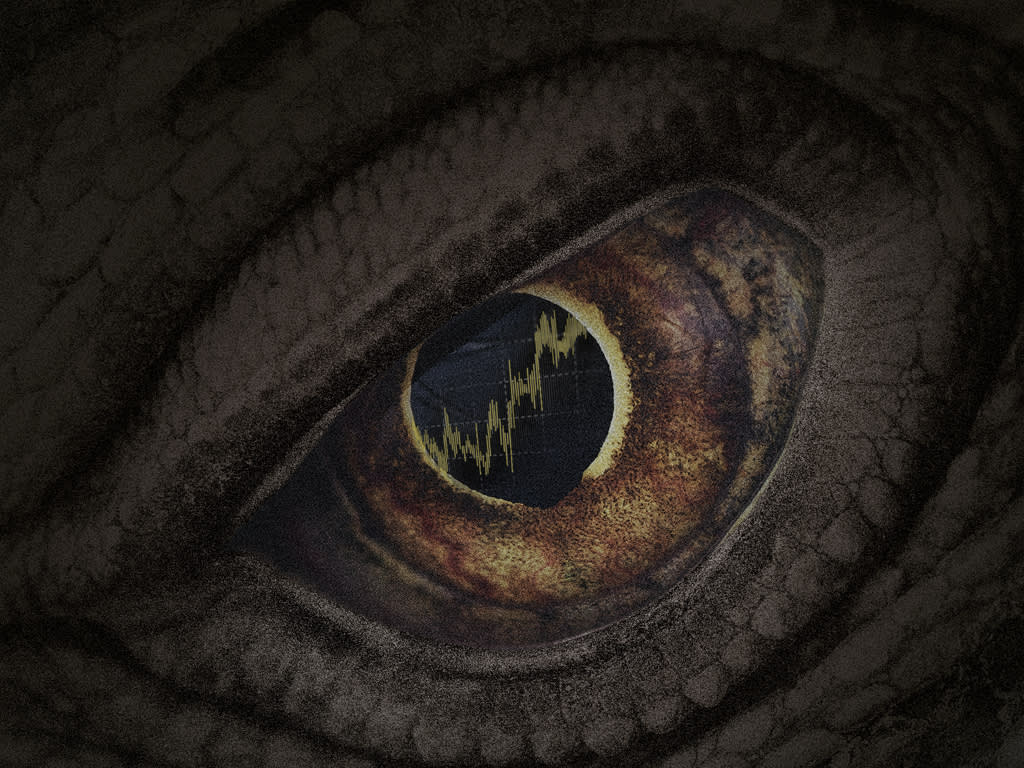 Producer price inflation is being driven mostly by rising energy prices, which means not all companies will be impacted in the same way

The Producer Price Index (PPI) measures input and output prices for UK companies. In February, the headline rate of company input prices grew by 14.7 per cent in the year to February 2022. The largest contributor to input costs was crude oil, which was up 57.3 per cent, followed by metals and chemicals which both increased by roughly 18 per cent.

In the same month, UK CPI inflation was 6.2 per cent.  As input costs prices are rising faster than consumer prices, on average, UK companies’ margins will be falling. However, just because margins are falling (in sum), that doesn’t mean all companies are incapable of protecting profits against this kind of inflationary backdrop. In short, businesses that have pricing power and aren’t energy intensive are best placed to maintain their profitability.

Last year, the pandemic recovery and the splurge in spending facilitated by huge government stimulus put an unprecedented amount of pressure on global supply chains. In the summer of 2021, shipping container costs more than tripled and the price of European natural gas increased more than 50 per cent.

The pressure these trends had on company margins was highlighted in July 2021 when consumer giants Unilever (ULVR) and Reckitt Benckiser (RKT) reported half-year results. Unilever’s underlying operating margin fell 100 basis points and Reckitt’s dipped 290 basis points. At the time, however, this wasn’t deemed a huge concern: these issues were only supposed to be transitory. Once consumer behaviour returned to normal they would abate.

This hope has been dashed by the war in Ukraine and a renewed Covid-19 outbreak in China, among other factors. Elevated energy and transport costs are being maintained. Russia, one of the largest energy and commodity exporters, has been cut off from trade with Europe; Ukrainian wheat exports face an uncertain future; and China, the world’s biggest exporter, has embarked on another strict lockdown.

Can pricing power help investors overcome these challenges? The ability to raise prices without losing customers was famously described by Warren Buffett as “the single most important decision in evaluating a company”. Buffett's own philosophy has found favour again this year, as favoured stocks such as railroads and financials prove themselves capable of withstanding the storm.

But pricing power, as we noted last year in our more extensive feature on the subject ('Pricing Power Leaders', IC 8.10.21), can be difficult to measure in and of itself.

The theoretical basis is found in the Lerner Index, conceived in 1934 by the Russian-British economist Abba Lerner, which calculated pricing power as (P - MC)/P, where 'P' is price and 'MC' is marginal cost. That means companies with high gross margins. Yet the reality is often thornier than the theory, and differing opinions abound. Last month Credit Suisse analysts highlighted companies with limited exposure to the eurozone and Eastern Europe, pricing power, and the ability to withstand higher input costs. Alongside Lloyds Banking Group (LLOY) and National Grid (NG.) – the kind of company that might find favour with Buffett were they listed in the US – they highlighted Reckitt Benckiser as a UK standout.

At the same time, Reckitt has suffered from a string of other analyst downgrades in recent weeks, and the company has not been afforded any pricing power premium since inflation took off: its share price is now lower than it was at the start of the pandemic.

Other assessments produce different results. A report published by UBS last July to create a pricing power scorecard for European equities used gross margin levels and volatility as factors in its analysis. The bank also accounted for earnings per share (EPS) estimate changes. On an industry basis, it found that the pharmaceutical, tobacco and construction material sectors had the most pricing power.

On a company basis, the analysis identified 32 large stocks with what it saw as the greatest pricing power in Europe. The two highest-ranked businesses, however, were luxury goods companies LVMH (FR:MC) and Hermes (FR:RMS). It seems counterintuitive that such brands would be resilient in a cost-of-living crisis. However, the main strength of these businesses is they have strong brands that can’t easily be substituted by their target market.

Consumer staples are typically viewed in the same way. Unilever, owner of household brands such as Marmite, Dove and Ben and Jerry's, has traditionally been a safe haven for investors during inflationary periods. However, even Unilever is still having issues keeping its margins intact. In the fourth quarter of last year, the company increased prices by 4.9 per cent yet its underlying operating margin dropped 10 basis points (bps). Management now expects the margin to be down between 140 bps and 240 bps in 2022 before improving slowly in 2023 and 2024.

Unilever’s struggles show that maintaining margins is going to be tricky even for companies with the strongest pricing power. For investors then, the better strategy might not be to look for companies that can pass higher costs onto consumers, but rather look for those that aren’t experiencing a large increase in costs. In other words, those that don’t use a lot of energy.

The focus on energy is justified in part because a key feature of previous inflationary episodes has been largely absent this time around. Wages are a large cost component that aren’t included in the PPI input prices, and hence are absent from the table above. But, as of yet, there is no sign of a wage-price spiral: UK real wages fell around 1 per cent on an annual basis in November, December and January.

Broker Liberum’s thinks that leisure services are currently undervalued, and the fact that energy is inflating much faster than wages adds weight to this theory. Consumer goods companies with long international supply chains are more energy intensive than services. Services have higher labour costs – at the moment, that means they are facing fewer inflationary pressures compared with goods.

Social shifts could also provide tailwinds. Liberum believes “consumers ongoing prioritisation of experiences over things will continue to drive top-line growth”. ONS data showed there has already been a reduction in spending on ‘delayable’ goods, such as clothing and footwear, since the lockdowns ended. This has coincided with an increase in spending on social experiences.

Retailers are faring less well. Next (NEXT) – which traded strongly during the pandemic – has just cut its 2023 revenue forecast by £85mn (2 per cent). Things aren’t looking any better at ecommerce specialist Asos (ASC). Since last June, brokers have lowered their 2023 UK revenue consensus forecast by 7 per cent to £2.03bn. This softening demand coupled with rising shipping costs means Asos’s EPS is expected to fall to 108p next year – well below the 125p generated in 2021.

The fall in demand expectations for discretionary goods is understandable, because the cost-of-living crisis is leaving people with less disposable income. Liberum is aware this also means less to spend on leisure activities. However, the broker notes that 17 per cent of casual dining outlets went bankrupt during the pandemic. This means the survivors are “cushioned against a drop in consumer confidence”.

Liberum’s Leisure Index is currently trading down 15 per cent for the year and 30 per cent on an annual basis. The broker thinks Hollywood Bowl and Ten Entertainment – both trading 20 per cent below pre-pandemic levels – are undervalued. Hollywood Bowl is described as “thriving”, and with £40.1mn of net cash, revenue up a third on 2019 and a forward free cash flow yield of 7.8 per cent, it is hard to argue with that assessment.

Peel Hunt is also bullish on the pair of bowling companies and “expects cost pressures to be more than compensated by strong LFL [like-for-like] sales”. At Hollywood Bowl, utilities are equivalent to only 5 per cent of sales and are hedged through to 2024, while purchasing costs are at only 14 per cent of sales because of the “business model being oriented to bowling and games, rather than food or drink”.

Using the same theory of low exposure to rising energy and food costs, Liberum and Peel Hunt are also tipping Gym Group (GYM). Similar to the bowling companies, utilities make up 5 per cent of sales and are hedged to 2024. Peel Hunt also notes that with average membership costing just £17 a month “it should be defensive in an economic downturn”.

The low-price gym has seen membership levels rise 8 per cent in the first weeks of 2022. The plan to open 40 new sites by the end of 2022 is also ahead of schedule. This growth means that Liberum is forecasting operating profit to jump to £40mn in 2023 up from a loss of £16.3mn last year. This gives an affordable 2023 PE ratio of 19.6, and an impressive two-year forward free cash flow yield of 14.3 per cent.

Energy price rises are currently outstripping wage inflation, but this state of affairs isn't guaranteed to last forever. Last summer wage inflation was briefly rising 8 per cent on annual basis, amid concerns that the pandemic and Brexit induced labour shortages would leave holes in the workforce. Inflation is a dynamic situation and things can change quickly.

It is still possible that wages will start to rise again in line with consumer prices. The potential impact of a wage-price spiral would  also be exacerbated by the 1.25 percentage point increase in national insurance tax that is implemented this month.

When it comes to energy, quick turnarounds are common. The price of oil could fall if the US continues to up its supply and a deal is struck with Venezuela or Iran. On the other hand, wages are sticky. Once they go up they rarely fall back again. As a result of this risk, Liberum’s Restaurant Group (RTN) pick looks less appealing.

The broker currently expects delivery volumes to stay at twice pandemic levels, and thinks this will drive growth at Restaurant Group, owner of popular restaurant chain Wagamama. However, if the price of food and the energy needed to ship it slips back, then the labour-intensive delivery model will become less desirable.

Price growth is interacting with pandemic trends in a number of ways, and not all need to be mutually exclusive. A greater desire to go out does not mean all 'at-home' businesses will suffer. Video games developers such as tinyBuild (TBLD) and Team17 (TM17) could be other beneficiaries of inflation. The past two years have shown that gaming is now a social experience for many more people. In 2020, the global gaming industry revenue grew a fifth to $175bn (£128bn) and is on track to hit $219bn by 2024, according to forecasts from industry analysts New Zoo. Business models are not particularly energy intensive: rather than shipping goods across oceans gaming companies can beam their products digitally through the cloud.

Inflation is asymmetrical and won't impact all companies' costs the same. In this regard, picking the right stocks is about choosing companies with unexposed cost bases. And if they can sell goods or services customers can't easily replace, that is an added bonus.