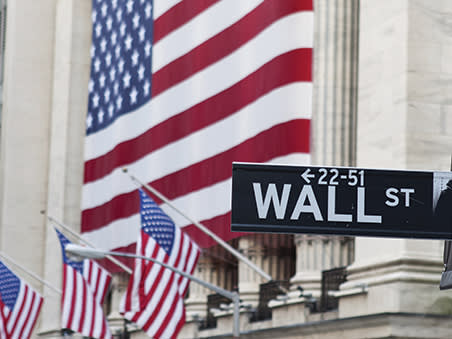 Howdy! This week your stock screen comes to you from the US, where it is on a last-minute spring break.

There is also a serious point to our trip. Throughout the year, these pages focus on the domestic market for shares, which, for reasons of familiarity and ease, has long mattered most to our readers. But as individual US companies occupy an ever-larger role in UK portfolios, we have set aside a few weeks in our calendar to apply our stockpicking methods to the land of the free.

The broader purpose remains the same: to identify which quantitative approaches to investing work. With any luck, our US screens can also act as a source of idea generation and help highlight some of the many excellent companies that get drowned out by a relatively small clique of trillion-dollar companies.

Last week we adapted fund manager Michael O’Higgins’ famous Dogs of the Dow strategy to the FTSE 100. This week we have taken a UK screen and applied it to the US: we have run our Cash Magic screen over the S&P 500 to search for companies whose stated and forecast cash flow figures point to a good blend of business quality and cheapness.

There are a few good reasons to believe the Cash Magic screen might be valuable in the context of US equities – both in the present moment and more generally.

The first is that by homing in on free cash flow (FCF) and cash returns, the screen identifies companies that are generating real (and ideally healthy) profits at a time of rising inflation. As fans of cash flow analysis will tell you, it is much harder to manipulate the cash flow statement than it is the earnings statement. One way the latter happens is when companies over-estimate the useful economic life of an investment or acquisition, which sometimes obscures the need for write-downs several years later.

Because of this, many investors regard cash flows as a more reliable guide to performance, especially when analysis is based on long-term trends. Wall Street, with its intense focus on quarterly earnings figures, arguably diverts attention away from real cash returns and FCF, and indirectly incentivises a more creative (and sometimes alchemical) approach to the earnings per share (EPS) number.

Second, because cash flows can be very changeable from one year to the next, cash has the virtue of sometimes being overlooked by investors, which means companies that have very attractive cash characteristics can become temporarily undervalued. This is especially important given US equity markets’ propensity for outsized returns and sometimes generous assumptions about the future – even though the differences between forecast FCF and earnings yields can be quite marginal.

Third, although the UK and US equity markets have several important differences, it is not unreasonable to assume that what has worked here might also do well stateside.

That’s not to imply that a US Cash Magic screen would have outpaced the S&P 500 in recent years, given the outsized contribution to the index from the kind of highly valued stocks that the strategy underweights. But until recently, the UK version of the screen has held its own with the US market (see chart), which given the relative performance of UK shares should count for something.

Indeed, after posting a 211 per cent total return in just under nine years – more than triple its benchmark – the Cash Magic criteria has produced some of the best results of any UK screen we follow.

That’s not to say it is free of flaws or volatility. We will reveal the results of the 2021 Cash Magic selections in full next month, but it looks as though the screen has had a rare down year. As with several other screens, the Cash Magic methodology has proved particularly attracted to those stocks most exposed to the fallout from Russia’s invasion of Ukraine, including Polymetal (POLY) and the now-suspended Evraz (EVR). With rising inflation and interest rates starting to squeeze household incomes and purchasing power, a bias towards the UK consumer doesn’t appear to have helped either.

The screen itself attempts to substitute cash-based metrics, measuring business quality and stock valuation, for the earnings-based metrics used in the classic 'magic formula' screen developed by hedge fund star Joel Greenblatt and outlined in his bestseller The Little Book That Beats The Market.

Why might a focus on cash lead to more erratic results than the wider market – or, for that matter, the classic earnings-focused Greenblatt screen? One explanation is that reported earnings are ‘smoother’ than cash flow. Large one-off investments, such as a new factory, will hit cash flow hard in the period the investment is made, but in later years cash flow will benefit as the company generates returns from the new asset. The impact of the cost of the investment on earnings, by contrast, will be spread over what is judged to be the useful economic life of the asset.

The screen works as follows:

All S&P 500 constituents are ranked by forecast next 12-month FCF yield (FCF per share as a percentage of share price). They are separately ranked by cash return on capital invested (CROCI). This ratio, originally developed by Deutsche Bank analysts in the 1990s, measures how much FCF a company produced for every dollar of capital employed over the past year. The two rankings are added together into a combined score, which gives a final ranking.

For the ranked version of the screen, the top 30 stocks are selected. Stocks whose three-month share price momentum exceeds the index median are also highlighted and will be separately tracked over the coming year. This allows us to add a ‘run-your-winners’ factor to the results, which has been an especially powerful force in US equity markets over the past two decades.

The stocks selected by this year’s screen can be found below: