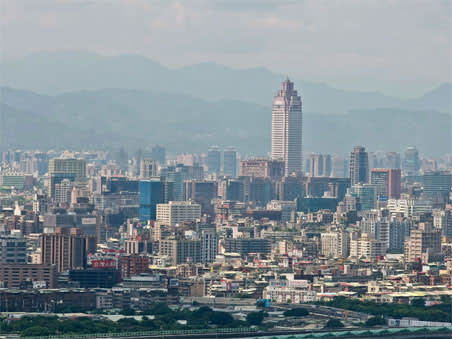 Mobius IT: an emerging market fund with an edge

Putting aside the old Buffettisms about greed and fear, it seems an odd time to discuss investing in emerging markets (EMs).

Global equities have had their fair share of knocks of late, from war in Ukraine to renewed sell-offs in China. This has all fed into some shaky performance and another warning shot for investors: the MSCI Emerging Markets index was off nearly 8 per cent for 2022 as we entered the last week of April. Many EM funds have fared even worse.

That's another black mark for an equity story that has often failed to live up to the hype over the course of the last decade. But times of difficulty can highlight important vulnerabilities, while also pointing us towards those strategies that do appear to be working. In the case of EMs – a catch-all term ranging from frontier to relatively developed markets and economies – investors might look for portfolios that take a differentiated approach, with less of a reliance on China than peers.

One such example is Mobius Investment Trust (MMIT). Still a relatively new vehicle, having launched in late 2018, the trust reunites former Franklin Templeton veterans Mark Mobius and Carlos Hardenberg. Together, they manage a portfolio whose concentrated focus on small- and mid-cap companies (among other preferences) sets it apart from peers. The team takes advantage of its extensive connections in emerging and frontier markets to find 25 to 30 “outstanding” businesses, with a preference for those sized between $4bn and $6bn (£3.2bn and £4.8bn). As Hardenberg put it in a March update: “This is where we see mispricing and misunderstanding and the largest opportunities”.

The portfolio also stands out for its approach to environmental, social, and governance (ESG) standards. The pair run such a concentrated portfolio in part to enable them to encourage management teams to do raise their ESG game, something there is plenty of scope for in the region. As the fund’s literature puts it: “Lower ESG standards in emerging and frontier markets offer a unique opportunity for active engagement approach”. Driving improvements should, in theory, fuel better returns.

If the fund differs from its EM peers in various respects, it shares much in common with portfolios which focus on 'quality' metrics. The team likes companies that are profitable, well capitalised and boast superior return ratios. “Profitability is key, brands are key, intellectual property is key,” Hardenberg noted in March. He and Mobius also see strong management and leadership teams as a big ingredient for success.

We have highlighted lots of quality and ESG-minded funds in the past. Both styles have been in the eye of the storm as investors have pivoted into more cyclical assets in recent months. The Mobius trust has not been immune to this trend, with the shares making a paper loss of around 5 per cent in the six months to 22 April. But it’s important to note that such losses are more subdued than the 10 per cent tumble for the MSCI Emerging Markets index and have done little to knock a strong track record off course.

Mobius shares delivered a total return of just over 40 per cent in the three years to 22 April, well ahead of both the benchmark index and the average rival fund. Shares in the trust have also moved to a modest premium versus net asset value (NAV) recently while many peers languish on steep discounts, perhaps in recognition of the fund’s resilience.

One source of resilience lies in its relative lack of exposure to China. As investors fret about a slowdown in the engine of the global economy, the fund has a lower weighting to Chinese shares compared with both the EM index and many peers, with 14.4 per cent of assets in the country at the end of February. It has also had no exposure to Russia or Ukraine, saving it the difficulties of some other fund management teams in the space. But as with other highly concentrated portfolios, investors should remember that stock selection will drive returns rather than headline asset allocations.

In the case of the Mobius trust, this process appears to be working. Like other quality investors, the managers have tended to focus on strong secular growth trends, from the rollout of 5G to growing cyber security needs, digitalisation and a “rising demand for quality” in healthcare. That translates to holdings ranging from Indian steel tube manufacturer Apollo Tubes (IN:533758) to Taiwanese semiconductor companies ZillTek (TW:6679) and eMemory (TW:3529), as well as EC Healthcare (HK:2138), a Hong Kong-based one-stop medical services provider that has been hit hard by the city state’s zero Covid policies but is now set – in the team’s eyes – to benefit from a “post-Covid normalisation” and moves into veterinary and dental care.

One recent addition to the portfolio was South Korea’s Classys (KR:214150), a developer of medical devices in which private equity group Bain Capital has taken a controlling stake. “With the help of Bain they should overcome some regulatory burdens, such as approvals in the US,” Hardenberg believes.

The team has also notched up a few wins on the ESG engagement front. They include South African healthcare group Clicks Group (ZA:CLS) receiving an ‘A’ rating from environmental body CDP for its efforts to reduce its carbon footprint.

If inflation and interest rate rises are putting quality and ESG portfolios to the test, in the short term, the trust's process and the themes it targets should still appeal in the longer run.

But it is worth acknowledging that Mobius is likely to remain exposed to choppy sentiment in the coming months at least, be that due to its investment style or the modest premium it has recently commanded. This is also far from a low-risk proposition: quality caveats aside, buying small and medium companies can invite serious volatility, while a portfolio as concentrated as this can run into trouble if stock-specific problems arise. Note that six of the fund’s positions made up at least 5 per cent of assets each at the end of February, with the top 10 positions accounting for around half of the fund.

Any investor in an EM fund should also bear in mind currency risks. With tightening US interest rates likely to push the dollar higher this year, businesses operating in the emerging world may well face falling local currency values and rising costs of raw materials and dollar debt servicing. A generalised economic slowdown would likely throw fuel on that fire. But there is evidence that much of this is already factored in, thereby providing fertile grounds for Mobius to pick up quality stocks at reasonable prices.

The fund’s idiosyncratic approach to stock selection complicates a neat comparison with the broader EM universe. For investors looking for a highly diversified portfolio, this may serve as a satellite holding to a broader emerging market or Asian allocation, whether active or passive. By the same token, Mobius IT may not rally with the same intensity as its benchmark, should an improvement in investors’ risk appetite create a swing to EM.

Having said that, this is a differentiated portfolio that looks to walk its own path and tap into some of the most interesting global and emerging market trends, even as the region as a whole struggles to move on from a decidedly mixed decade.