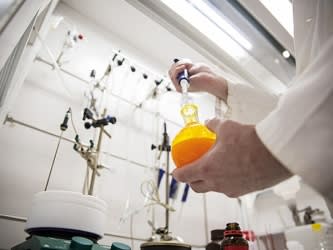 There is a saying in business that it takes a generation to enjoy the fruits of success, or to regret the bitterness of failure. Shareholders in GlaxoSmithKline (GSK) have had the best part of 20 years to ponder on the mistakes that have left the group trailing far behind its European competitors, including UK peer AstraZeneca (AZN).

Chief among these errors is the very existence of GlaxoSmithKline, a mash up of the old GlaxoWellcome and SmithKline Beecham businesses, and a union that will be undone when the consumer healthcare (SmithKline) and pharmaceuticals (Glaxo) businesses formally split in July. This decision should allow each arm to see other corporate partners, while delivering more value for shareholders.

For investors, the implications of the split – already rare within a sector that trends to thrive on mergers – are quite profound. However, there is reason to believe that hiving off the consumer healthcare business via a new stock market listing is the best outcome for a pharmaceutical business that suffered from a lack of investment under the old corporate structure. The carved-out entity, to be named Haleon, will still leave GSK with a large controlling stake.

The move is another clear statement of intent by chief executive Emma Walmsley (basic salary £1.2mn) after she faced pressure last year from activist investor Elliott Management to come up with a radical plan for the company to correct years of share price underperformance and operational drift. The resulting spin-off of the consumer healthcare company – the bit that sells toothpaste – will remove around £9bn from the group’s top line. The rationale behind this move, in contrast to simply selling off Haleon, is that the cash generative, but lower margin, consumer healthcare business can be mortgaged to provide the resources that are needed to upgrade GSK’s pharmaceutical pipeline.

Paying for a huge upgrade to the pharmaceuticals business is going to be a major challenge for GSK’s management, and it remains to be seen how the two separate companies will divide up the group’s assets and liabilities. Based on Haleon’s proportion of total sales, the company could probably take on 25 per cent of GSK’s borrowings without any problem, which would amount to about £4.7bn in debt. One way to “mortgage” Haleon might be to increase its debt burden in relative terms so that pharmaceutical GSK can add leverage to its own balance sheet, without increasing its net interest costs. Whatever the final division of assets, the balance sheet does at least allow for the corporate actions that are needed to enable GSK to generate the enormous resources it needs.

Investors should probably anticipate that the board will choose to run down the company’s stock of retained earnings to the bare minimum needed to cover dividend pay outs and other provisions. These currently stand at £7.9bn and GSK’s best option might simply be to spend them.

This, alongside an increase in leverage, is exactly the approach that AstraZeneca took under its then-new chief executive Pascal Soriot, which kickstarted the company’s recovery in the 2010s. When Soriot took over, AstraZeneca had retained earnings of $18bn (£13.8bn), and now has just $1.7bn on its balance sheet. If GSK is to prosper as AZ did under Soriot, then it must redeploy its resources.

A tacit admission that a change of direction is needed arrived with the recent purchase by GSK of US biotech company Sierra Oncology. The $1.9bn deal gives GSK a late-stage product for the treatment of myelofibrosis patients with anaemia – a co-morbidity which makes the cancer difficult to treat. The deal can be described as a statement of intent on the part of management to push the company into areas where returns could be much higher. Oncology therapies are the Holy Grail for pharmaceutical companies because of fast-track development timelines and higher relative returns. Some cancer therapies can easily cost the NHS, or equivalent healthcare payers, £100,000 per patient, per year.

Adding Sierra’s myelofibrosis medicine into the mix will not generate any sales until its core product Momelotinib is approved, though GSK is confident the drug can start to make a contribution to the top line from 2023. Regulatory submissions to the US Food & Drug Administration are expected this quarter, and in the second half of 2022 in the EU. Myelofibrosis affects about 18,000 patients a year in the US and if Momelotinib proves to generate enough benefit for this patient group, then it is reasonable to assume that GSK will be able to charge a premium for the product.

The brave and the bold

So far, Walmsley has made a lot of big calls. But when you begin to perceive the scale of the challenge that GSK faces in building a high value medicines franchise, then anything less would be counted as failure considering the group’s long-term underperformance. With consumer healthcare stripped out, the company generates broadly similar sales to AstraZeneca, but beyond that the comparisons make for uncomfortable reading. As you can see from the table, the company lags far behind AstraZeneca when it comes to the weighting of oncology within its overall sales mix.

GSK reported oncology sales of just £489mn for 2021, with £395mn derived from just one product, Zejula. Astra, by contrast has several multi-billion dollar selling cancer treatments, and the scale of its dominance is clearer when you examine the number of oncology products in its development pipeline. Astra has 17 phase III trials in oncology currently running, alone, and 44 trials across all three phases. That is around double the number GSK has running across its entire product range.

One of the criticisms of the current board’s approach is that it success will be far harder to come by than simply selling off the consumer healthcare business. The issue that GSK faces, once it turned down Unilever’s admittedly poorly thought-out bid for the business at the start of this year, is that any subsequent under-performance or unforeseen issues will be laid squarely at the feet of management.

However, given what is at stake, the company arguably has little choice but to radically reshape itself. Fortunately, markets appear receptive, with shares in the company up by more than 15 per cent since the new strategy was unveiled at a capital markets day at the end of February.

The other issue could be a succession problem, and who will ultimately take the reins at the pharma business. Arguably, GSK needs to promote a proven divisional head from another large cap company with serious experience of pharmaceutical product development and a mastery of the US biotech scene. The current CEO is probably nearing the end of her nominal term, anyway, so a fresh start once the demerger process is complete is likely to improve sentiment.

In pure valuation terms, GSK lags far behind its UK peer on a forward PE of 14, (compared with 20 for AstraZeneca). That puts the company at the lower end of the mid-tier of European pharmaceutical manufacturers – which have an average forward earnings multiple of around 16 – reflecting many years of underperformance. This gives both value and special situation investors an interesting position. If GSK’s turnaround can merely track the performance of its peers, then the potential for a higher-than-average return for a languishing blue chip is entirely plausible.

For more on the current state of play in the UK pharma sector, read our FTSE 350 Review write up.