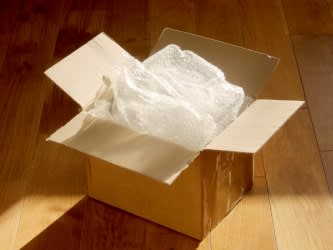 Smurfit Kappa is pick of the packagers

Brown paper packages tied up with string – could these become some of investors' favourite things?

Heavy industry is having a difficult time of late. Energy costs are still climbing, raw materials are still hard to come by, and supply chains are still causing problems. So investing in a company that makes cardboard boxes feels risky. Such businesses are painfully sensitive to energy price movements, and exposed to fluctuations in the cost of recovered fibre – the main ingredient in recycled containerboard.

This doesn’t mean there are no opportunities in the sector, though. While one cardboard box looks much like another, some important differences are beginning to emerge between the key players.

Mondi (MNDI) is an obvious starting point. The company has been hit hard by the invasion of Ukraine, after investors noted that almost an eighth of its revenue, and a fifth of its underlying Ebitda, comes from Russia. Operational problems have already set in, and the group is reviewing its options, including legally separating itself from its Russian interests. Some nasty impairment charges look likely, which could hamper Mondi’s future growth.

This leaves two FTSE heavyweights – DS Smith (SMDS) and Smurfit Kappa (SKG) – to pick up the slack. Smurfit Kappa’s business model looks particularly appealing in the current conditions as it is vertically integrated. This means that it handles multiple stages of the manufacturing process, including growing trees, making paper, converting paper into cardboard boxes, and recycling old products.

The group sources most of the raw materials for its packaging plants from its own paper mills, which provides some protection against raw material cost inflation. It also bolsters the security of its supply, which is something that companies can no longer afford to overlook. Smurfit Kappa has been investing heavily to improve things further, buying an extra containerboard mill in Northern Italy and a corrugated facility in Buenos Aires.

That’s not to say Smurfit Kappa isn’t facing pressures. In 2021, recovered fibre cost the group an extra €440mn (£370mn) compared with 2020, while energy cost €235mn more. The packager has proved resilient, however. Turnover rose by 18 per cent in 2021, while profit before tax jumped by 22 per cent. Management tackled a 24 per cent spike in the cost of sales by hiking up its own prices, a task made easier by strong demand.

Chief executive Tony Smurfit was so confident in February that he predicted further margin improvement in 2022. His optimism seems to have been somewhat dented by recent events, though. In a trading update published last week, Smurfit said the first quarter had presented “a number of significant operational challenges”. Practically all input costs have risen sharply, he said, and already tight markets and supply chains have been made worse by the war in Ukraine.

Smurfit said the challenges are being “dealt with” through active price recovery, but he made no more mention of margin improvement, or full cost recovery.

This is part and parcel of being a packager in 2022, however, and there is still plenty of scope for optimism. In the three months to 31 March, both revenue and earnings before interest, tax, depreciation and amortisation (Ebitda) jumped by a third, and the group’s Ebitda margin held steady at 17 per cent. This buoyancy is evident elsewhere, too; DS Smith said packaging price increases have “more than offset” input cost increases over the past year and expects adjusted operating profit to bounce back after a difficult 2021.

Whether demand will hold up is now the big question. Smurfit Kappa enjoyed an excellent lockdown, after online shopping supercharged demand for cardboard boxes. Sales boomed and the shares more than doubled in price between March 2020 and August 2021. Since then, however, the ecommerce boom has shown signs of waning.

In March 2022, internet sales as a percentage of total retail sales in Great Britain stood at just 26 per cent, compared with 38 per cent in January 2021. The cost-of-living squeeze is also likely to rein in spending habits, both online and in store.

Once again, however, Smurfit Kappa looks resilient. Around 70 per cent of the group’s revenue is generated by customers in the fast-moving consumer goods (FMCG) sector, which should provide some financial stability. Meanwhile, demand among its industrial customers – which fell during lockdown due to low levels of activity – is likely to rise again.

Smurfit Kappa’s geographical diversity should also work in its favour – It has more than 350 production sites in 36 countries worldwide. While most of its earnings are generated in Europe, around a quarter of profit is made in the Americas, and the company is the only large-scale, pan-regional player in Latin America. Currently, box growth in the Americas is strong at 6 per cent, and margins are roomy at 19.5 per cent. The new corrugated packaging facility in Argentina should only expand its reach.

There’s plenty of scope for growth in Europe, too. Compared with North America, the European packaging market is still fragmented, and as analysts at Jefferies have pointed out, smaller players are likely to be hit harder by gas price moves. If prices get much higher, they could be forced to reduce production, or stop it all together. This should give heavyweights such as Smurfit Kappa the upper hand, as economies of scale feed through to acquisition opportunities.

Over the longer term, the move away from plastic packaging should also boost demand. The group – together with the paper packaging sector more generally – is forever shouting about its eco credentials, and a study by Jefferies found that the frequency with which companies mention “sustainable packaging” has leapt since 2012. The term cropped up an impressive 800 times in the first quarter of 2021.

Although any definition of sustainability is subjective, there have been some concrete developments. A new tax has just been introduced by the UK government, which targets plastic packaging that does not contain at least 30 per cent recycled plastic. While this will have an obvious impact on how plastic is manufactured, it might also push some businesses towards paper products instead.

Smurfit Kappa is also well-placed to ‘greenify’ its operations, thanks in part to its well-timed issue of €1bn-worth of green bonds last autumn. While its net borrowing figure sounds high at €2.89bn, its net debt to cash profit ratio is comfortably within its target range, at 1.7 times. Moreover, a lot of its debt is made up of fixed coupons, offering insulation from potential near-term interest rate rises.

Despite the company’s strong growth prospects, it seems unlikely that demand for cardboard boxes will grow as fast as in the dark days of lockdown. This is evident in its latest update, which said demand for corrugated boxes grew by 3.6 per cent in the first three months of 2022, compared with 8 per cent over the course of 2021.

This needn’t set off alarm bells. Smurfit Kappa’s share price has declined by almost 20 per cent since its September peak, and its forward price/earnings (PE) ratio sits at 11.6, lower than the five-year average of 12.6.

Perhaps more enlightening, however, is the packager’s PE-to-growth (PEG) ratio, which compares a company’s cheapness with its growth prospects. For Smurfit Kappa, this currently stands at just 0.8, compared with a five-year average of 2.5, and an industry average of 1.1. The market appears unduly pessimistic.

For investors seeking a decent combination of value and growth, therefore – and who can withstand some short-term volatility – Smurfit Kappa ticks a lot of the right boxes.

For more on the current state of play in the packaging sector, read our FTSE 350 Review write up.