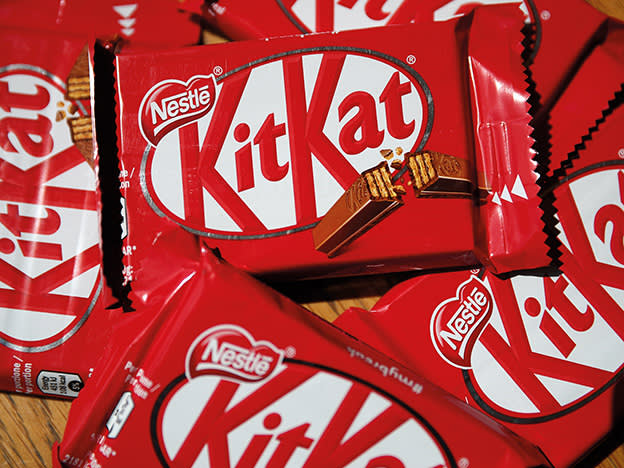 Cream rises to the top at Nestlé

The KitKat maker is not ‘having a break’ from a decade of Ebit margin and dividend growth, even in the face of rising cost inflation

Until a few months ago, investors had collectively thumbed their noses at slow, strong and steady companies. Instead, ‘to the moon’ tech stocks boasting high growth and industry disruption were all the rage. Now, with many of those firms appearing to have over-promised, and with stagflation concerns mounting, a new light is shining on the defensive qualities of the old masters of the universe.

The world’s largest food and beverages firm, Nestlé (CH:NESN), is one such business. The food giant started as an infant formula firm in Vevey, Switzerland in 1867, and now owns more than 30 ‘billionaire’ brands, such as KitKat bars, San Pellegrino water, and Nescafé coffee grounds, which account for three-quarters of sales.

Consistent mid-single-digit growth has meant Nestlé has quietly raised dividends for the last 26 consecutive years, and this track record shows no sign of stopping. The company distributed SFr185bn (£150bn) to shareholders between 2007 and 2021 through dividends and share buybacks – developing a pattern of predictable returns that has led to it being crowned the “king of the bond proxies” by analysts at Barclays Capital.

When the food and beverage giant posted 3.3 per cent higher sales worth SFr87.1bn in 2021, another brokerage, RBC Capital Markets, remarked: “Really boring (we love it)”.

Behind this dull facade, a new Nestlé is emerging from a five-year business transformation that has left it well positioned to weather inflation and recession, despite being in an exposed sector.

The race to put prices up

It is not an easy time to be a food producer. The sector is walking a tightrope trying to pass on cost inflation from surging transport and raw materials prices, while consumer budgets are already facing a significant squeeze. At the same time, the invasion of Ukraine has led many food giants including Nestlé to cease non-essential food and drink sales in Russia.

Nestlé’s stable of brands, including Cheerios breakfast cereal and Purina cat food, have inspired surprising customer loyalty, allowing it to put up prices five times since the start of 2020, without seeing any real blow to sales. In its most recent results, Nestlé posted 7.6 per cent organic sales growth for the first three months of the year, a figure that exceeded the 5.2 per cent average price hike across its products since the start of 2022.

Part of Nestlé’s pricing power is explained by the fact that over a third of its brands are ‘premium’ offerings like Nespresso coffee capsules, whose consumers are typically more able to stomach price rises than those in lower income brackets. Nestlé says that while there has been no downtrading on its products’ pricing ladder so far, its ‘affordable’ and premium product segments have both grown faster than the group average this year.

Not all branded goods are created equal. Sector-mate Unilever (ULVR) warned in February that it was seeing the highest cost inflation in decades, and that this would reduce its underlying operating margin by up to 240 basis points in 2022. The Marmite-maker increased average price tags by more than 8 per cent, but said it would seek to avoid raising prices any further. Analysts at JPMorgan pointed to Nestlé’s stronger ability to pass on higher prices given its “volume/mix has been consistently materially in excess of Unilever over the long term”.

That’s not to say the Häagen-Dazs maker is immune to inflation. Chief financial officer François-Xavier Roger has said he expects to see some effect on sales volumes in the coming months as inflation runs hot in 2022, in which time Nestlé plans to raise prices again. This, the company estimates, should keep underlying operating profit margins stable at between 17-17.5 per cent, in line with 2021. However, the longer the current inflationary cycle persists, the more Nestlé’s ability to keep raising prices will be tested.

Prior to inflation, the major threat to food and beverage giants was falling market share, as independent ‘craft’ brands won over a new generation of millennial consumers. Indie brands snatched $22bn (£17.6bn) in revenue from large multinationals in the US between 2011 and 2016, according to Boston Consulting Group. Nestlé was no exception, being forced to abandon its 5 to 6 per cent annual sales growth target in 2017 after repeated misses.

In 2017, Mark Schneider took over as chief executive and began a radical turnaround. This involved swapping out a fifth of its brands, and exiting laggard categories such as skin health, US bottled water and cold-cuts. Schneider instead invested in high-growth product categories such as coffee, healthcare, and pet food. Collectively, this high-growth segment climbed to two-thirds of all sales by 2020, from around half a decade earlier, helping to push operating profit margins up by a full percentage point – to 17.4 per cent – in the four years to 2021.

Health remains a detractor for Nestlé. Its ‘good food, good life’ slogan has drawn derision from campaigners, given the controversies it has faced over the years, most notoriously for marketing infant formula to mothers in developing countries in the 1970s. Shareholder resolutions were recently filed against Nestlé – alongside similar petitions to peers Danone, Kellogg’s, and Kraft Heinz – to improve disclosures around the health profile of products. There have also been attempts to regulate the marketing of unhealthy foods, although Boris Johnson’s decision to reverse course on a bill in May suggests the legislation of high-sugar foodstuffs is not high on the politicians’ agenda currently – at least in the UK.

Nestlé has not ignored health food as a whole, acquiring plant-based protein brand Orgain and supplements maker The Bountiful Company in the last year. At the same time, R&D spending has ramped up to SFr2bn per year, equivalent to 2 per cent of sales. This is a high level for the sector, and has in recent years allowed Nestlé to expand or enter new markets with the launch of vegan KitKats, plant-based tuna, and plant-based coffee creamer.

Still, Schneider has defended Nestlé’s product range by saying that some are “by their very nature indulgent”, and that “rather than trying to look at everything through the lens of healthfulness only”, the focus should be on the “responsible consumption” of tasty treats.

So far, Nestlé has been reaping the benefits of our collective irresponsibility. Instead of swapping out junk food for healthier food choices, consumers have been having their cake and eating it, too. Nestlé’s confectionery sales outpaced the group average with organic growth of 10.5 per cent in the first three months of 2022. Meanwhile, the conglomerate added SFr800mn in sales of vegetarian and plant-based foods in 2021, with double-digit growth in the category.

The best of the bunch

At 25 times forward earnings, Nestlé’s shares may look a little rich for some investors, especially when compared to more modest valuations of around 17 times for European peers Danone (FR:BN) and Unilever. Analysts at JPMorgan have argued that Nestlé’s resilience justifies a premium rating to local rivals, both of which are in the early stages of a turnaround, and that highly-valued global businesses Procter & Gamble (US:PG) and PepsiCo (US:PEP) should serve as more natural comparisons. The US-listed groups trade in line with the Swiss firm, and possess similar historic margins and returns on assets.

At the same time, Nestlé has the financial firepower to deliver another SFr10bn of planned buybacks in 2022 to support its shares, after ending the year with net debt reduced to a much more manageable 61 per cent of shareholder equity. There is also the 20 per cent stake it owns in cosmetics giant L’Oreal (FR:OR) – first purchased at the request of owner Liliane Bettencourt in 1974 in her bid to prevent the company being nationalised under a French Socialist government – and which Nestlé has been selling off chunks of over the past five years. This provides plenty of headroom.

All told, Nestlé is hard to beat for defensive positioning, and this ought to build in higher demand for its shares as recession fears deepen for in the months ahead.