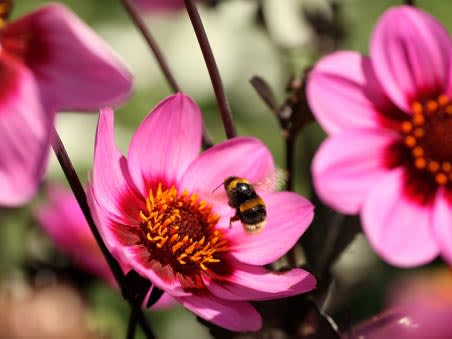 After resuming its long-term underperformance, can our recovery screen itself recover?

“The Late Bloomers screen should work,” its creator (and my predecessor) Algy Hall cautiously told me in January, as he handed over his sprawling collection of files.

At the time, I assumed he was talking about its performance. I’m now pretty sure he meant the complex set of spreadsheets and calculations involved in generating each year’s results. Fortunately, after four months inhabiting Algy’s thought processes and digital trails, I’ve got them to function correctly.

The recovery-focused screen’s performance has, alas, resumed its underwhelming streak.

While the FTSE All-Share posted a total return of 7.1 per cent in the 12 months to 17 May, our 2021 Late Bloomers dipped by 5.6 per cent – the third time the screen’s selections have lagged the benchmark in the last five round trips. On a headline basis, the screen is up by a pretty lame 39.2 per cent over the eight years we have been running it, versus 49.8 per cent from the index.

Although the screens that appear in these pages are designed as a source of idea generation rather than ready-made portfolios, the total return drops to just 23 per cent once a notional 1.5 per cent annual charge to represent dealing costs is factored in. Plenty of low-risk generic bond funds have done much better over that time.

Why then has our Late Bloomers screen failed to flower? The answer, I would argue, lies in its genesis. Originally devised a few years into the post-credit crunch recovery, it was set up to capture cyclical stocks that were late to enjoy the fruits of improving economic conditions.

This value focus worked brilliantly in its first outing in 2014-15, as it posted a total return of 18.6 per cent – more than double the market. But aside from a blowout year in 2020-21, when a huge rally in battered and bruised bargain stocks more than made up for the hit from the initial Covid-19 rout, selections have consistently lagged the FTSE All-Share.

As every battle-scarred investor will know, value investing is never an easy process. But I must confess to having doubts about this screen, and not simply because of its poor long-term performance.

My main gripe is that it feels dependent on a set of financial conditions for it to work. And presently, there is little sign that we are at the start, middle or end of a broad economic recovery. That might have all changed by this time next year. But I wouldn’t bet on it, which makes a punt on cheap, bruised, and cyclical stocks all the riskier.

For my money, the screen’s criteria – detailed in full below – also look overly generous for real estate and financial companies. This has resulted in a high proportion of stocks from each sector in the last couple of years.

In both cases, a waiver on the positive free cash flow test could mean admitting companies whose business models are in genuine distress, rather than in a temporary dip. Omitting real estate firms from the the return on equity test, as well as using a 10-year peak as a reference point for financials, also feels like a recipe for admitting weak profitability. Finally, the balance sheet test for real estate is arguably too permissive. Since the 2008 crash, both investors and fund managers have steered clear of gearing above 75 per cent – meaning all but a couple of Reits fail this test.

The above points notwithstanding, there’s a depth to the Late Bloomers screen which I quite like.

Specifically, the screen looks for shares that appear cheap against their own long-term valuation range. To do this, it looks at the valuation of a stock against the ultimate source of its earnings. The logic of doing this rather than looking at the earnings themselves is that there is often the most recovery upside at times when profitability has been clobbered.

This is often obscured from investors’ eyes, as excellent value plays can look extremely expensive when valued against earnings. Because of this, a much better valuation yardstick can be found from the source of earnings, if indeed a recovery is on the cards. In the words of the screen’s author, the source of earnings is a way to “measure a company’s future earnings potential rather than its current dire straits”.

The screen assumes the source of earnings for most companies is sales. But it is more nuanced (and, as to my earlier point, more generous) than most of the quantitative methods we run.  In the case of property firms, housebuilders, and financials, earnings are tied to book value.

Turning all of this into a valuation metric first requires a bit of maths – or more specifically, a standardised statistical measurement called a Z-score – which is used to see how cheap or expensive valuation looks compared with the 12-year history. If a full history does not exist, the reference is a minimum of six years. From this approach, we get the natty acronym of the ZEUS ratio (or the Z-score of earnings’ ultimate source).

A major weakness in comparing a company’s valuation against its history is that sometimes things can change and a business simply becomes better or worse than it was, therefore justifying a different valuation.

The screen looks for a ZEUS ratio of -1 or less, suggesting the valuation is roughly in the lowest 17 per cent of the historic range. The other tests used by the screen are there to see if the balance sheet looks in a serviceable state and whether the company has been more profitable in the past than it is now.

■ Recovery potential: Real estate companies get a free pass on this test. For financials, return on equity needs to be at least one-third below its 10-year peak. For other sectors, operating margin at least a third below 10-year peak.

■ Balance sheet: (i) For financials, equity representing at least 5 per cent of assets and return on assets of at least 1 per cent. This is a test suggested by the great Peter Lynch, the former manager of Fidelity’s flagship Magellan fund. (ii) For utilities, which have very defensive earnings streams well suited to supporting high levels of debt, net debt to book value (gearing) of less than 150 per cent. (iii) For real estate companies, gearing of 75 per cent or less. (iv) For housebuilders, gearing of 25 per cent or less. (v) For all other sectors, net debt of 1.5 times cash profits or less.

■ Growth: Growth in 'the ultimate source of earnings' (the EUS in ZEUS over the past 12 months).

(NB investment trusts are excluded from this screen but not Reits)

This year, just five stocks passed every test, creating a mini portfolio that is tightly correlated to property, precious metals, and short-term finance. In a period of rising interest rates and inflation, there are probably worse places to be. But it also opens the screen up to concentration risk – a risk which looks most focused on Mexican gold and silver miner Fresnillo (FRES).

Fresnillo, like the shares of many gold diggers, looks great on paper. Its main product has been used as a store of value for millennia and doesn’t appear to be going out of fashion. A decent ore body and tight operational control have also consistently allowed it to turn a profit, freeing up spare cash for dividends and new projects.

Since 2017, its net margin and return on equity have averaged 16.8 and 12.3 per cent, respectively. Although they have been falling of late, both metrics have always remained positive – including during the teeth of the pandemic – which is more than plenty of other sectors can claim.

Recently, each one of these factors has been problematic, to varying degrees. But the presence of even a couple at any one time has long had a negative compounding effect on investor sentiment, and any hope that the group can sustainably grow shareholder equity. Over the past five years – during which time US dollar-denominated gold and silver prices have jumped by a half and a third, respectively – Fresnillo's shares have averaged a 11.3 per cent negative total return per year.

But while a near-term recovery in the stock will likely have more to do with metals prices, and the group’s ability to get enough workers and equipment to its recently built Juanicipio mine to reach nameplate capacity this year, a low rating by historic standards looks like a decent entry point.