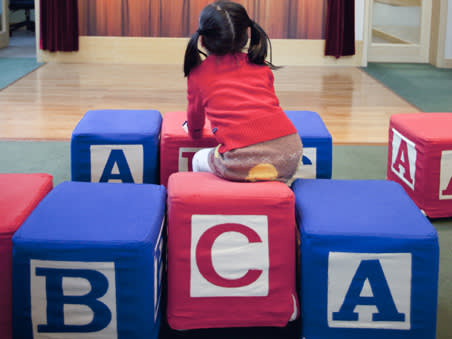 Building a pension for your child

If you’re looking to help a child or grandchild financially, ensuring their financial security in retirement may not be what you think of first. But investing in a self-invested personal pension (Sipp) for a child can be a valuable benefit.

Ensuring a good retirement income is very important, but for many people financial pressures, particularly in early adult life, mean that this is not a priority. Although auto-enrolment means that more young adults are now likely to contribute to pensions than in the past, they might just contribute the minimum required, and spend their earnings on expenses such as repaying student debt, saving up for deposits to buy homes or starting a family.

But if you save into a pension for them over their first 18 years, they could start adult life having already built up a substantial retirement fund. "The combination of contributions with long-term investment growth means young people can get to age 18 with many thousands of pounds in their pension and put them well ahead of peers, many of whom won't even begin their pension saving until they are auto-enrolled [at earliest] at age 22," says Helen Morrissey, senior pensions and retirement analyst at Hargreaves Lansdown.

So if there is a delay to when your child or grandchild starts work and pension contributions, or they do not contribute more than necessary or reduce contributions due to other financial demands, they could still have a decent amount of retirement savings. If the money you put into the pension during their childhood is invested, even if no new money is added after they turn 18 the pension could still grow.

A pension for a child must be set up by a parent or legal guardian, but others such as grandparents can then contribute to it.

Fewer providers offer Junior Sipps than conventional offerings, but those that do include AJ Bell, Bestinvest, Fidelity Personal Investing and Killik & Co. You can open a Junior Sipp fairly cheaply on an investment platform. Hargreaves Lansdown, AJ Bell and Bestinvest, for example, apply the same annual charges to Junior Sipps as to their adult Sipps (see 'Picking a low cost Sipp provider'). And Fidelity does not charge a service fee on investments held in Junior Sipps, although there are still dealing costs if you trade listed securities.

Assuming a child has no earned income of their own, you can invest up to £2,880 a year into a Sipp for them, and with government tax relief this adds up to £3,600. While this might not seem like a large amount, the long timescale over which the money will be invested means that it has the potential to grow substantially and benefit from long-term compound growth. Growth is also aided by the fact that investments within pensions are not subject to UK income and capital gains tax.

The parent or guardian also has control of how the money is invested until the child is 18, and although at that point the child gains control of it, they cannot take the money out.

Only 25 per cent of the value of pensions can be withdrawn tax-free – the rest is taxed at the holder’s marginal income tax rate.

From 2028, it will not be possible to withdraw money from pensions until at least age 57, and the minimum age may have risen further by the time your child gets to that age. Needless to say, money within a Junior Sipp cannot be used for costs such as university fees or buying a home.

If you want to help your child cover costs such as these, or other expenses in early adult life, a junior individual savings account (Jisa) might be better. You can invest up to £9,000 a year in these, and when the child reaches age 18 they can either access the money or leave it invested and continue adding to it. There are no tax liabilities when you withdraw from Isas.

But your child can do what they want with the money in a Jisa when they are 18, which can mean difficult conversations in advance of that date. A Junior Sipp does not have this problem.

If you have maxed out your child's Jisa allowance and want to save more for them, a Junior Sipp could be a good next option because by having both you can support your child or grandchild’s medium and long-term financial needs.

If you want to be able to access money saved for a child before they are in their 50s but do not want them to have control of it when they turn 18, you could save within your own Isa if you have not used up the £20,000 annual allowance for your own assets. You could give this money to the child at a time of your choosing. This could, however, make the sum liable to inheritance tax within seven years of the gift, depending on the amount given.

Another way to give money to a child while retaining control over it is a discretionary trust. "You can name a number of potential beneficiaries," explains Sean McCann, chartered financial planner at NFU Mutual. "Typically, grandparents would include all their grandchildren and any future grandchildren. By appointing themselves as trustees, they can decide when and if money is paid out to a particular beneficiary."

But these trusts can be expensive to set up, so it is probably best to exhaust one of a number of other options before resorting to this choice. See 'Tax planning and the role of trusts', (IC 2 October 2020) for more on this.

For all our Sipp special features, see below:

Shaping up your Sipp for trying times

Should I invest via a full-service Sipp?

How to prioritise between Sipps and Isas

Saving via a junior Sipp