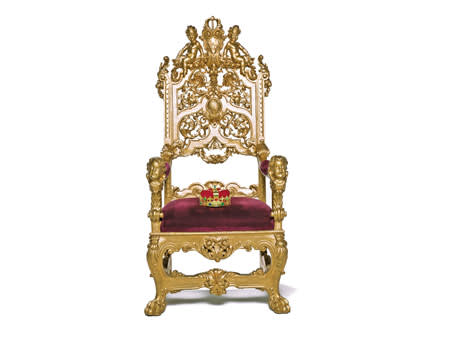 Following a change to its criteria in 2021, our high-flying Cash Magic screen has come back to earth. Can it recover its touch?

“Sales are vanity, profit is sanity, cash is reality,” goes one version of the famous investing adage. “Cash is king,” goes another.

We can debate how much equity investors have heeded this wisdom over the past decade. On the one hand, a raft of high-growth, disruptive businesses listed without ever having turned a profit.

Companies like taxi app Uber (US:UBER), food delivery group Deliveroo (ROO) and peer to peer lender Funding Circle (FCH) each went public without a clear pathway to free cash flow (FCF) generation, after years of encouragement from early-stage backers to focus on turning ready supplies of capital into platform and sales growth. Hitting profitability, let alone generating enough cash for the business to stand on its own two feet, was someone else’s problem further down the line.

Year after year, these companies broke their own sales and profits records, all the while throwing off increasingly large heaps of cash. In the US tech sector, the latter feature collapsed any parallels with the dotcom bubble, even as monster valuations invited the comparison.

This time last year, as we looked back over the fruits of our 2020 Cash Magic screen, we argued that FCF was becoming increasingly vital. “Dubious accounting standards coupled with the corporate world’s increased focus on intangible investments have made earnings numbers ever more questionable,” we wrote.

That remains true today. But 12 months on, with the macroeconomic backdrop fundamentally altered, the importance of free cash flow generation has taken on a fresh relevance.

With potential recession, extreme geopolitical tensions, and inflation all now in play, the good times have come to an abrupt stop. For executives, that means corporate capital spending decisions look precarious: the chances of a recession are growing, inflation is eating away at capital values, credit conditions are tightening, and consumer and investor sentiment is dimming. Do you shelter from the storm, or stare through it?

For companies with limited (or no) cash flow, they may not have a choice. The priorities will be to strip back costs, think twice about uncertain new ventures, and focus on reducing debt levels before interest rates get out of hand. Those with good levels of FCF generation, by contrast, have the means to think long-term and opportunistically.

Easy money has been withdrawn, piling stress on the weakest actors in any sector. An ability to generate cash now means a greater chance of surviving what many expect to be a brutal remainder of 2022 and into 2023.

This is the real reason why cash is king. Investors, along with many of us in the financial media, have a habit of focusing on short-term swings in financial metrics, and what this year’s profits say about demand and a company’s ability to increase its dividend payments. But generating surplus profits today creates flexibility and greater opportunities to increase sales, profits and more cash on a three, five or ten-year time horizon.

That’s the theory. But the long-term record of our Cash Magic screen, now entering its tenth year of service, suggests FCF should not be overlooked. Since we started running the screen, it has posted an average annual total return of 13 per cent, more than double the 5.7 per cent from its benchmark, the FTSE All-Share Index.

Cheered by this outperformance, we recently adapted the methodology for the US blue-chip market – and though it is early days, I am happy to report that both the standard and momentum versions of the screen are in positive territory, compared to a 10 per cent negative total return from the S&P 500.

Alas, the same cannot be said for the performance of the 30 UK stocks suggested by the Cash Magic screen a year ago, which have returned a miserable -9.6 per cent total return, compared to a 6.2 per cent positive outing for the FTSE All-Share. As with several other screens so far this year, the inclusion of Evraz (EVR) and Polymetal (POLY) proved disastrous, though in truth it still would have been in negative territory if we strip out the collapse of the Russian miners.

The momentum version of the screen fared even worse, posting the first major bust – and one-year underperformance – in its history. Evidently, what markets liked in the trading weeks leading up to May 2021 no longer had much relevance once the economic clouds started to properly darken come autumn.

But such a variance might have something to do with a tweak we made to the screen last year. Historically, it looked at a FCF valuation measure based on a standardised treatment of historical numbers. But for reasons of data quality – and with a leap of faith in analysts’ ability to make sensible projections – we switched from reported to forecast figures.

That faith has not been rewarded, and analyst optimism has either faded or been rendered moot by dour-faced markets.

It’s a feature which legendary investor Joel Greenblatt has warned about. In The Little Book that Beats the Market, in which he outlines his similar-sounding ‘magic formula’ approach to stock screening, Greenblatt eschews forecasts in favour of reported numbers (albeit with a focus on earnings, operating profit and tangible assets). Making correct predictions, he cheerily surmises, is “a pretty hard thing to do”.

Perhaps the true heir to the throne is reported – rather than estimated – free cash flow. Nonetheless, given the data quality issues alluded to above, I have decided to stick with projected figures for another year at least.

This doesn’t mean I have complete faith in the numbers I am working with, however. When I initially ran the screen, loss-making cybersecurity group Darktrace (DARK) came second on our list. This was thanks to what looks like a wildly erroneous data entry by a major broker, and which helped to lift the group’s consensus free cash flow yield forecast to a dizzying 112 per cent for the coming year. Though our data provider, FactSet, says the figure is in line with the analyst’s submission, I have excluded it from the results.

Since we started following this screen in 2013, its top 30 stocks version has racked up a cumulative total return of 195 per cent. A version which incorporates market momentum (see more below) has returned 136 per cent, both of which compare favourably to a 79 per cent return from the FTSE All-Share.

While the screens are meant as ideas for further research rather than off-the-shelf portfolios, a hypothetical 1.5 per cent annual charge would reduce the total return for the top 30 screen to 158 per cent and 106 per cent for the momentum version.

The screen works as follows:

All FTSE All-Share constituents are ranked by forecast next 12 month FCF yield (FCF per share as a percentage of share price). They are separately ranked by cash return on capital invested (CROCI). This measures how much FCF a company produced for every pound of capital employed. The two ranking are added together and a final ranking is created from this.

The stocks selected by this year’s screen can be found below. Tables with far more detail on fundamentals are available to download online.