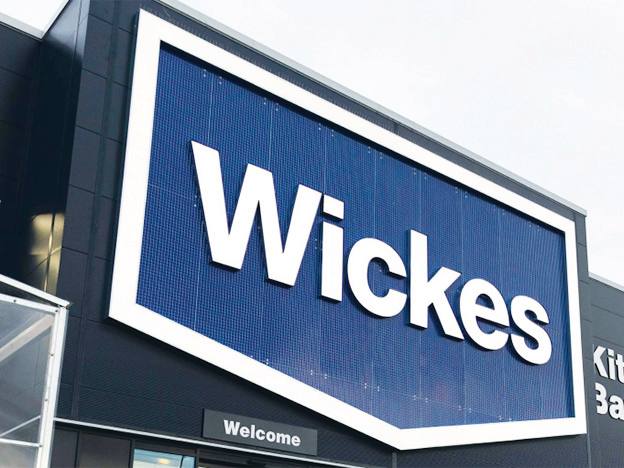 Wickes is making progress online and in-store, thanks to a supportive home-owning customer base

DIY companies enjoyed booming trade over the course of the pandemic. Consumers, stuck at home during lockdown, turned to home improvement projects in their droves as they transformed the spare room into a remote working space and spruced up the garden. It didn’t hurt the sector, of course, that hardware stores could stay open as “essential retail” during periods when much of the wider retail economy was forcibly shut.

But now DIY retailer revenues are falling back as we enter a more normalised trading and demand environment. Kingfisher’s (KGF) recent figures are a case in point. The home improvement company, which operates B&Q and Screwfix, revealed in a trading update for its first quarter to 30 April that while revenue was up by over 16 per cent on a three-year basis, it had dipped 5.4 per cent on the 2021 comparative.

Watford-headquartered Wickes (WIX) is a home improvement rival to Kingfisher. The company was spun out of Travis Perkins (TPK) in April 2021 almost two years after the demerger was first announced. That split – at least as it was intended before the pandemic – was to help streamline costs, improve decision making, and allow the respective management teams to focus on their businesses. In its full-year results to 1 January, Wickes flagged that some aspects of the separation are ongoing, including a final “one off” £30mn expected hit from the uncoupling of IT infrastructure.

The company’s growth outlook is one based in digital progress, the efficient use (and expansion) of its estate, and a resilient customer base. As we jump from a pandemic into a cost of living crisis, Wickes looks well placed in the retail space to deliver growth and earnings progress over the medium term – despite its shares’ bargain valuation.

The nuts and bolts

Wickes is aiming for annual sales of between £2bn and £2.5bn over the long term, up from the current £1.5bn. This may take a while – consensus analyst forecasts are for revenues to hit £1.7bn in 2024 and £1.8bn in 2025 – but the sales uplift will be driven by two sources: the company’s digital proposition and progress with the store estate.

The company describes itself as a “digitally-led” business, and for good reason, given that around two-thirds of total sales are now driven by digital channels. Wickes has spent a significant amount of time improving the digital side of its operations, and this is paying off. Innovations include the TradePro phone app, through which trade members can receive discounts and other benefits, digital showrooms, and a new DIY app.

Ecommerce is buttressed by the more than 230 stores across the UK from which the company plies its trade. Most online orders are click-and-collect purchases which means that stores have a crucial role to play in driving revenue growth. Analysts at Panmure Gordon, who recently initiated coverage on Wickes' shares with a 355p target price, think Wickes could feasibly open 50 to 100 additional stores and sees “substantial growth potential”. The company has far fewer stores than peers (Kingfisher has almost 1,500 units) and is only currently aiming for 20 new store openings over the next five years.

Refitting existing stores is another growth lever. According to the company, refitted stores produce sales per square foot of £260 against £198 from older stores and sales from refitted stores outperform (on average) older stores by a quarter. The store refit programme is expected to complete within five years, as some 12 to 15 stores are upgraded each year.

Wickes’ revenue is generated from three business areas. 'Core' sales come from local trade and DIY sales, which combined accounted for 80 per cent of revenue in the 2021 financial year. The rest of the company’s top line is derived from its Do-it-for-me (DIFM) category, which is mostly composed of showroom ranges which the company will install for customers.

Local trade customers tend to be smaller builders and tradespeople, working on projects such as extensions, loft conversions, and driveways. The TradePro scheme is key for this part of the business and has been performing well. Account openings have steadily climbed over time (see chart) – including over 40,000 customers added year to date – and are expected to drive further growth. Trade customer order books are also at record levels, showing the company has healthy demand and respect from professionals.

Positive noises are also being made on the DIY (think painting, gardening, and shelving) and DIFM (think bathrooms, kitchens, and tiling) sides of the business. The new DIY app was launched in the fourth quarter of 2021, expanding Wickes’ digital offering, and conversion rates look promising. The DIFM order book, meanwhile, is at more than double pre-pandemic levels, and a new home office proposition demonstrates that the company is keeping up with the times.

Recent trading has been encouraging. Both the positive and negative impacts of the pandemic were apparent in the financial year 2021 results. While showrooms were initially shuttered and a further £1.1mn of store impairment was recognised (after the prior year’s £12.1mn charge), revenue leapt 14 per cent and market share was taken across categories.

Last month, a trading update covering the first 20 weeks of the 2022 financial year, showed sales were up by more than a fifth on a three-year basis. While core like-for-like (LFL) sales were down by 0.6 per cent against the prior year as demand steadied, momentum appears stronger than Kingfisher. Wickes’ DIFM revenues also soared by almost a third and management expect these sales to surpass 2019 levels.

The company can also boast some impressive financial metrics. Cash generation is robust, and Peel Hunt analysts forecast a free cash flow yield of 14.5 per cent for 2023. The dividend yield also sits at around 6 per cent, as the company targets an ordinary dividend payout ratio of 40 per cent of adjusted profit after tax.

When it comes to the balance sheet, leverage looks uncomfortably high at first glance. But this is driven by leasehold debt and the “significant level” of lease liabilities is something the company acknowledges. Over the medium term, management hopes to reduce lease-adjusted net debt to less than 2.75 times cash profits, but until then investors probably shouldn’t hold out for buybacks and special dividends.

The obvious challenge facing Wickes, and its peers, is how to manage a post-pandemic slowdown and normalisation in the home improvement market and at the same time keep as much of its pandemic customers and sales as possible. It would be easy for investors to take fright at this. But that would be a mistake, given that Wickes’ outlook is underpinned by several positive factors.

Part of the answer comes from the robustness of the company’s customer base. As Panmure Gordon notes, for Wickes “the more relevant issue is what happens in the home-owning older demographic who pay for the kitchen and builders”. Wickes’ punters tend to be wealthier and/or homeowners (the biggest spenders on DIY). With home working set to continue for a very significant proportion of the workforce, and with a backdrop of ageing UK housing stock, the trends are in Wickes’ favour.

Another headache is the cost of living crisis. Here, customer base demographics help in both wealth and age terms. Wealthier, older homeowners are less impacted by cost pressures that could impact their spending and consumption decision making. This should mean they are more likely to continue to spend on home improvement products and services. And as younger generations buy their first homes (despite the much-discussed issues with the housing market there is no sign of a drop off in the desire to own in the UK), the company thinks millennials are well placed to drive future growth.

Rising costs, while setting a challenge to company margins, could actually turn out to be a boon for sales. Higher utility bills may lead homeowners to re-evaluate their energy use, seeking better insulation, and looking at different heating methods. Wickes’ insulation-related products are ready and waiting.

As well as an attractive growth outlook, Wickes' shares are surprisingly cheap. To Peel Hunt, the stock “remains one of the most mispriced companies we cover”. The broker has the shares trading at seven times forward 2023 earnings – which compares favourably to Kingfisher on nine times consensus forward earnings.

Debt levels, fickle consumer habits and rising operating costs are all issues. But the market may have failed to appreciate the potential on offer. With a pipeline of new stores and units due for refit – backed by continued investment in the business and £45mn of capital spending this financial year – Wickes is expanding into a well-defined and addressable market that it believes will hit £29bn by 2025. As such, the future looks positive. While Wickes’ shares have suffered of late, down by 15 per cent year to date, we think this represents a good opportunity for investors to buy into a company that looks undervalued.