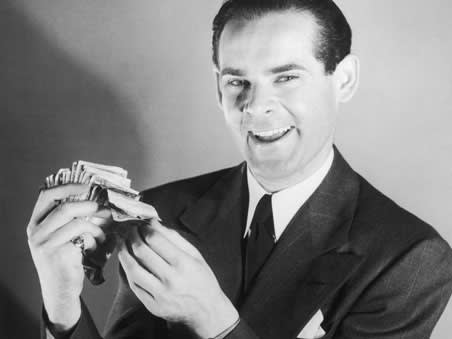 In theory, making an accurate prediction about an event should get easier the closer we are to it. The more imminent something is, the more information we tend to have – while the window for chance, chaos, and unknown factors to assert themselves shrinks.

That’s generally true of financial markets. A precise estimate for Apple (US:AAPL) sales in any given quarter is always unlikely. But with just a few weeks remaining in the current period, and facts about global currency swings and consumer appetite now well established, the margin of error should be smaller than it was a month ago.

This presents a paradox for investors. Longer-term estimates about prices, profits and markets should matter much more to today’s decision making and capital allocation decisions. But the further ahead those predictions are, the wobblier they become.

Then again, the margin of error can be wide over a period as short as one year.

Take consensus forecasts for a large index like the FTSE All-Share. You might think the aggregated predictions of every analyst covering 600 companies would amount to the wisdom of crowds. And sometimes this proves true: in 2018, for example, estimates for the index’s free cash flow per share were never out by more than 5 per cent either way in that calendar year (see table).

In each year since, however, the estimate range has been wider, even adjusting for time. The highest in-year consensus forecast for 2021 – made mid-December – was 7 per cent below the actual figure.

Regardless, investors are condemned to make guesses about both the near and long term.

Usually, the ideas, results and stock screens on these pages focus on predictions for the next two years. On balance, that feels sensible, given the general expectations of markets and investors. But this also has its drawbacks, particularly when it comes to expensive stocks: the value of a share priced at 25 times 2023 forecast earnings isn’t usually ascribed to a 4 per cent yield next year, but what profits the company will make in subsequent years.

One way analysts typically account for this is through discounted cash flow models, which incorporate lots of predictions to arrive at a net present value.

A cruder method is to take analysts’ longer-term forecasts at face value.

Given the reluctance of many in the City and on Wall Street to publish estimates for more than three years ahead, this often isn’t possible. But some do, and the figures shouldn’t be discounted entirely.

Sticking with free cash flow per share as a proxy for real profits, FactSet shows as many as seven years of forecasts for some stocks in the All-Share and the S&P. By adding those figures together and excluding stocks on less than five times this year’s forecast earnings, we find a handful of companies which are expected to generate at least 75 per cent of their current value in cash, in six years or less.

Some of the UK names – such as Cineworld (CINE) and DFS Furniture (DFS) – have chunky debts and operate in shaky sectors where consumer trends are hard to forecast. Others – like Glencore (GLEN) and Shell (SHEL) – will likely face significant price volatility and a fast-moving regulatory backdrop.

Yes, this type of screening has its limits. But it doesn’t just single out value stocks: Google-parent Alphabet (US:GOOGL), which trades on 19 times forward earnings, is forecast to generate half its market value in cash in six years. The long-term still matters.