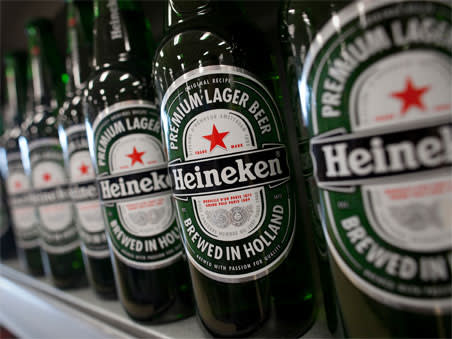 Written off by some last year, the case for Lindsell Train's global fund is looking firmer

Two paths stand out for fund managers looking to reassure their investors during bouts of bad performance. They can apologise and point to lessons learned, or they can blame the market.

Among the most prominent fund managers of recent decades, there are good examples of both. Anthony Bolton, M&G’s Tom Dobell and Rathbone’s Carl Stick are among the many professional investors who have at some point apologised for a run of poor returns. A good example of a blame-based approach might be Neil Woodford, who attributed underperformance in the first half of 2019 to a “momentum-driven” market which, in his firm’s words, paid little or no regard to fundamentals. Whichever path they take, a manager’s explanations can be telling in difficult times.

Star manager Nick Train has spent time in both camps. Having apologised to investors a few years ago for problems at beleaguered education materials provider Pearson (PSON), in Finsbury Growth & Income Trust's (FGT) May commentary he complained about “annoying” price falls in some of his favourite holdings. Train said that London Stock Exchange (LSEG), Diageo (DGE) and RELX (REL) slid heavily on little newsflow. “I might hope that predictable, cash-generative businesses like this trio would’ve been havens in uncertain times,” he said.

If the sell-off has been a testing time for Lindsell Train’s funds, it is no more than the continuation of a trend that began at the beginning of the pandemic. The firm’s focus on well-established, quality businesses with strong brands has left it both unexposed to more cyclical companies at times when value investing has outperformed and underexposed to the tech names that have driven returns at other points in the past two years.

This is evident in Lindsell Train Global Equity (IE00BJSPMJ28), which markedly lagged rival funds in both 2020 and 2021. As a commentator noted when we assessed the underperformance last year, the fund has mainly been invested in “the dullest part of the market” thanks to a focus on consumer staples, media and specialist financials.

It's easy to grow disillusioned with a fund manager, particularly when they have failed to capture the strong gains available in the market until relatively recently. But on balance, the Lindsell Train approach looks appealing as we adjust to more difficult times, with its global fund in particular standing out from its peers.

Resilience, now and in the long run

In short, Train’s comment about predictable, cash-generative businesses serving as safe havens explains a big part of the portfolio’s current appeal. Durable companies with moats – competitive advantages – and a history of surviving different economic and market conditions look like a place to take shelter for now.

What’s also important is the fund’s focus on consumer staples and other businesses with strong brands and seemingly loyal customer bases. They should be able to exercise pricing power, feeding into strong relative returns, making such businesses a vital tool in investor portfolios while inflation continues to rage and the cost of living moves ever higher. Core holdings have also delivered leading long-term returns for Lindsell Train funds in the past, and now may be the point at which to buy in at a lower level.

Lindsell Train Global Equity is differentiated from other global funds, given its low exposure to tech and the US (33.1 per cent of assets at the end of May), and a relatively large exposure to shares listed in the UK (30.3 per cent) and Japan (22.2 per cent). That’s reflected in the fact that it has suffered less than the other global stalwarts over the last half year: the fund is down by roughly 13 per cent over the six months to 17 June, putting it just about on par with the MSCI World index. As our chart shows, other popular global funds have had more performance to give up over that short period, in part because of exposure to some of the big tech names taking a drubbing in markets.

Like other funds run by the same firm, Lindsell Train Global Equity takes a highly concentrated approach, with more than 60 per cent of assets tied up in its 10 biggest positions at the end of May and a third of assets in the top four holdings alone. While that means investors most definitely bear the brunt of a major holding running into trouble, this approach allows the managers to get the most bang for their buck from successes. It also makes it simpler to take a view on the portfolio just by looking at its biggest bets.

Delve into these, and the biggest position at the end of May might be one of the more divisive among prospective investors. As we argued last year, London Stock Exchange’s acquisition of Refinitiv has presented plenty of challenges for the firm, from the risk of write-downs to the tricky logistics of moving into data provision. But other major holdings like Diageo can rely in part on their strong brands and businesses like Heineken (NL:HEIA), Prada (HK:1913) and PepsiCo (US:PEP) have a similarly strong profile.

From drinks groups to the modest exposure Relx has to the events business and sports franchises such as football clubs and World Wrestling Entertainment (US:WWE), some companies have also seen something of a bounce-back from the days of rolling Covid-19 lockdowns. And yet they remain well diversified: Relx has proven itself to be far from reliant on in-person events, while a deal to license WWE’s US streaming has resulted in the number of subscribers accessing its content rising from 1.1mn to 3.5mn. As Michael Lindsell added in a recent update on the global fund: “Social media engagement has continued to grow all through Covid, which emphasises how WWE’s differentiated sports/entertainment intellectual property is increasingly sought after and underpins its rising monetary value.”

While it’s important to understand what this (and any) fund does, and the conditions that may favour or punish it, Lindsell Train Global Equity is not a holding that needs constant and fretful monitoring. Its investment team is very much of the buy-and-hold mindset, and it is extremely rare for a new name to enter the fund. While some may accuse its investment team of inflexibility here, it does offer a sense of consistency, and there should be little concern about them drifting away from its process.

One concern that is valid relates to the risk inadvertently doubling up on the same holdings. Lindsell Train Global Equity has a good deal of overlap with the firm’s UK equity funds, and its UK holdings may also be ones that you have bought directly yourself. Looking past these troubles, it remains a resilient global fund that could help shore up a portfolio in trying times.