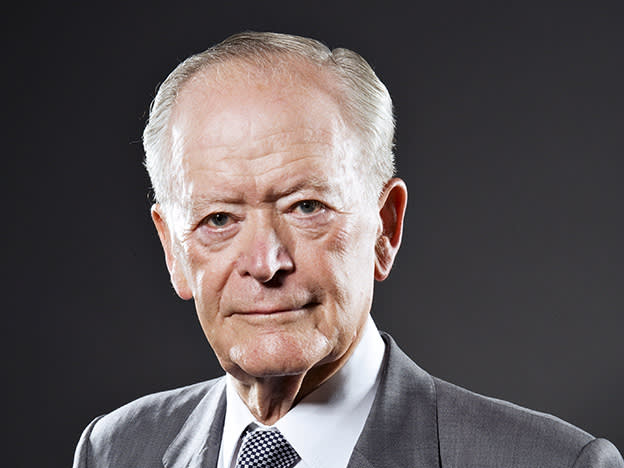 The past year has been a terrible one for small-cap investing, as our Jim Slater-inspired screen attests

Jim Slater, who died in 2015, is best known to UK investors as a specialist small-cap stock-picker. This was also the field where he first made his name.

After a brief career as an accountant, in 1963 Slater started writing a weekly column in the Daily Telegraph under the pseudonym ‘Capitalist’. The articles, as well as the shadow stock portfolio they tracked, were a staggering success. In its first two years, Capitalist’s picks rose 69 per cent, while the market put on a meagre 3.6 per cent.

Slater’s winning methods helped spark an explosion in the public’s interest in the stock market – and small caps in particular – when they first appeared in print. A similar upsurge in interest followed in the early nineties, after he outlined his methods in the popular 1992 book The Zulu Principle.

But his legacy extends much further. As the BBC journalist Adam Curtis argues in his brilliant 1999 documentary The Mayfair Set, Slater was one of the most important figures in post-war Britain.

In both his career as a stock-picker and later as an investment manager, Slater was among a small but influential band of people who helped expose a contradiction in the country’s sleepy and patrician industrial base. And at the heart of this flaw was the model of ownership.

While the companies which made up much of the country’s manufacturing heartlands were still run by and named after their founder-families, years of share sales had left many of those families lacking majority control. Slater Walker, the conglomerate-turned-investment bank which Slater co-founded, bought up shares of these firms and agitated for change.

In asserting shareholder primacy, Slater showed that power rested with a company’s owners. And lthough the corporate raider practices that Slater Walker engaged in came with their own failures, social costs and damage to what we might today call “other stakeholders”, we have Slater to thank for the transformation of our understanding of shareholder-led governance.

What was once considered an outrageous and ungentlemanly viewpoint is now held as an axiom of market forces. “People put money up for the shares, they expect reward,” is how Slater once simply put it.

Over the past year, most people who put money up for shares have received little reward.

This has been especially true of the kind of high-growth, reasonably priced small-cap stocks which Slater was fond of. He may have coined the phrase “elephants don’t gallop” to explain the general inability of large companies to easily grow at pace and above trend. But the share prices of faster-moving firms have been just as, if not more, susceptible to the threat of stagflation.

By contrast, some of those elephants have proven more reliable. Experience and thick hides, it turns out, have their uses in times of crisis. But it is likely Slater would view the FTSE 100’s relative outperformance of most small-cap stocks in the past year for what it is: an aberration.

He is also likely to have seen the market’s recent fall as a reason for optimism. “Correction[s],” he wrote in the preface to the 2008 edition of The Zulu Principle, are “necessary to provide the basis for future exceptional gains”. And while it’s a brave investor who would claim that valuations have now troughed, it is often the case that smaller stocks over-correct in recessionary environments. This can create bargain opportunities for companies where plenty of growth lies ahead.

Unfortunately, the annual need to refresh our Slater-inspired screen means we won’t get to see whether last year’s picks rebound in the months ahead. What we can say is that none of 2021’s eight stocks ticked all of the screen’s criteria this year, in part because only one is still listed and showed “positive relative strength in the previous year” – one of Slater’s seven ‘must-have’ criteria.

Another criteria Slater was fond of, and did much to popularise in the UK, was a low price to earnings growth (PEG) ratio. This is a simple but effective way of weighing up a company’s share price against the growth on offer, and is calculated by dividing a share’s price/earnings (PE) by its earnings per share (EPS) growth rate.

Last year, we softened the screen’s PEG test so that any stock with a ratio below one would qualify. This time around, finding low-PEG stocks has been much less of a problem than identifying those with a combination of strong forecast earnings growth, decent margins and a good historic return on equity.

Another feature Slater looked for in companies was evidence of directors’ buying. He was certainly averse to insiders reducing their stakes in the businesses they help run. “Sales by more than one director would be enough to put me off completely, however impressive the statistics appeared to be,” he wrote in The Zulu Principle. “[Executives] ought to know exactly what is happening within the business and it is always encouraging to see them putting their money where their mouth is.”

While director buying isn’t (yet) listed as a formal test in our screen methodology below, I have introduced it as a shadow criterion to stay as close as possible to Slater’s principles.

In the nine years of running the screen it has produced a cumulative total return of 202 per cent, compared with 70 per cent from a 50:50 split of the FTSE Small Cap and Aim All-Share indices. Even after the past year’s abysmal performance – by far the worst return in its history – it has delivered a compound annual growth rate of 13 per cent, more than double its benchmark.

While the screens in this column are meant as sources of ideas rather than off-the-shelf portfolios, the total return drops to 140 per cent if a 2.5 per cent annual charge to reflect notional dealing costs is factored in. The reason for such a high frictional cost is because small caps can be very expensive to deal in due to their wide bid-offer spreads.

The full screening criteria are:

■ A PEG ratio of 1 or less (nb FTSE All-Share, All Small and Aim have been screened separately).

■ Net-debt-to-cash-profits ratio of less than 1.5.

■ Three-month momentum higher than the median average, or forecast EPS upgrades of 10 per cent or more over the past year.

■ Forecast earnings growth in each of the next two financial years and average forecast growth of more than 10 per cent but less than 50 per cent (anything above 50 per cent is considered an unsustainable growth rate for the purposes of this screen).

The so-called ‘Zulu Principle’ outlined in Slater’s book is named after what he saw as an individual’s capacity for mastery over a subject matter about which most people know nothing. In truth, by automating Slater’s principles into a stock screen, we are bypassing the due diligence process and do not claim any special knowledge of the companies it selects each year.

Regardless, and even accounting for last year’s painful drop, it has been one of our more successful stock screens. This year, it has identified five companies from the main and junior markets which tick every criteria, and which are detailed in the table and downloadable spreadsheet below.