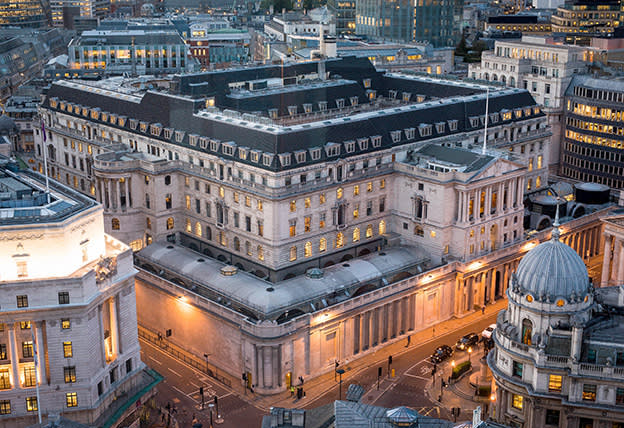 John Baron explains the changes to the Growth portfolio during August, after further strong outperformance year-to-date from both portfolios

After a quiet few months for the Growth portfolio in terms of activity, August saw a number of changes that perhaps serve to confirm some of the thinking behind the portfolio’s asset allocation and thematic preferences as autumn approaches. At a time when there is much concern about the level of markets, this is also a useful moment to remind ourselves of some of the many growth opportunities that currently exist for the patient investor.

Investment opportunities abound when it comes to technology and biotechnology. In general, advances are introducing more and more solutions to problems and/or are lowering costs on a sustainable basis – and this is helping to create sector cycles that are more independent of the general economy. This is a golden age of innovation, in which the frontier of what was thought possible is advancing all the time. Our confidence in these developments is illustrated by the extent to which my website’s other portfolios pursue these themes – and their reward for doing so.

And given improved technology is allowing easier and cheaper access to established practices and markets, smaller companies in particular should disproportionately benefit. Accordingly, Edinburgh Worldwide (EWI) was introduced to the portfolio during August. Speaking recently with Douglas Brodie, the lead manager, EWI pursues a global growth mandate from entrepreneurial companies, which are typically less than $5bn in size when bought, and has a high exposure to the technology, biotechnology and healthcare sectors.

This approach was adopted in 2014 when the company changed from being a mainstream global equity fund, since when performance has been very good. Douglas and his team are able to feed into Baillie Gifford’s long-term global growth team, with a key theme being the search for companies trying to solve ‘big’ problems. Given this focus on disruptive technologies and EWI’s size bias, the portfolio is well diversified – but, importantly, can retain successful companies as they grow, regardless of size.

This purchase was funded by top-slicing both North American Income (NAIT) and International Biotechnology Trust (IBT) – these sales are in part compensated by the fact that a significant element of EWI’s exposure is invested in North America and in biotechnology, while IBT had enjoyed a strong run which had seen the discount narrow considerably to around 4 per cent when sold.

In the same vein, I have also introduced Allianz Technology Trust (ATT) to increase sector exposure. ATT focuses on achieving capital growth from mostly quoted companies on a global basis, and has built an enviable track record. Speaking with Walter Price, the lead manager, his team benefits from being located near to Silicon Valley, where many of the world’s leading technology companies are based. Indeed, around 80 per cent of ATT’s exposure is in North America. Importantly, around 25 per cent of the portfolio is invested in smaller companies under $10bn in size.

Walter understands that investors are nervous given that the sector has performed well and that some valuations appear demanding. However, he believes valuations are more than supported by excellent growth in earnings – unlike the technology bubble in the late 1990s. Indeed, looking out to 2018, ATT’s portfolio as a whole is on around 25 times earnings but harbours earnings growth of 35-40 per cent. Meanwhile, the sector outlook is more positive than for many years, with many companies now correcting their previous underfunding of much-needed projects.

This purchase was funded by top-slicing both JPMorgan Japan Smaller Companies (JPS) and TR Property (TRY). Both had enjoyed a strong run and discounts had narrowed somewhat – TRY’s being around 5 per cent when sold. Both remain excellent trusts, but taking profits is seldom the stepping stone to ruin – particularly when other opportunities exist.

Another sector that currently offers opportunities is the commodities sector, where sentiment remains depressed. While each commodity has its own narrative, sentiment generally trails fundamentals given the extent of cost-cutting and capacity reduction over recent years. This should change as economic growth gradually recovers and perceptions start to focus on a possible uptick in inflation.

In wishing to broadly maintain its commodity exposure, and because it is less constrained by income requirements, I have funded the introduction of Riverstone Energy (RSE) to the Growth portfolio by selling its holding in City Natural Resources (CYN). RSE is a private equity company that invests exclusively in the global energy industry via a combination of conventional and unconventional oil and gas activities primarily in North America – shale being the largest exposure.

As such, the company is one of the few ways for UK investors to access the ‘shale revolution’, which is ongoing courtesy of technology, innovation and therefore falling costs. Speaking recently with the management, who have large shareholdings, all are energy ‘lifers’ who know the business well. Having been created in 2013, RSE’s acquisition of assets has been well timed, and the company is now nearly fully invested.

It should be acknowledged that RSE’s narrower focus may result in higher volatility when compared with CYN, given the latter’s exposure to a broader range of commodities. RSE is therefore perhaps better suited to those portfolios that pursue a higher risk/reward remit, such as my Thematic portfolio, or are of the size and remit to accommodate smaller percentage holdings, such as the Growth portfolio.

Finally, during August I added to the portfolio's existing holding in Templeton Emerging Markets (TEM). An explanation as to the merits of emerging markets in general was highlighted in a previous column (‘Emerging returns’, 5 May 2017). Meanwhile, TEM continues to outperform both its benchmark and peer group since Carlos Hardenberg became lead manager towards the end of 2015 – a fact not yet fully reflected in its discount of 13 per cent when bought.

A refocusing of the portfolio towards technology and consumer stocks, with each now accounting for around 30 per cent of NAV, is reaping rewards. The opportunities from e-commerce are considered particularly promising in the Far East, given that the technology is addressing a demand arising from the difference in shopping habits and use of shopping malls when compared with the West. There has also been a modest shift towards smaller companies.

Particularly at times of uncertainty, it is wise to reflect on mankind’s proven ability to overcome problems and progress for the common good. Accordingly, portfolios will continue to benefit from patiently focusing on those companies that are solving problems, adding value and creating wealth over time – and from seeing volatility as an opportunity in itself.