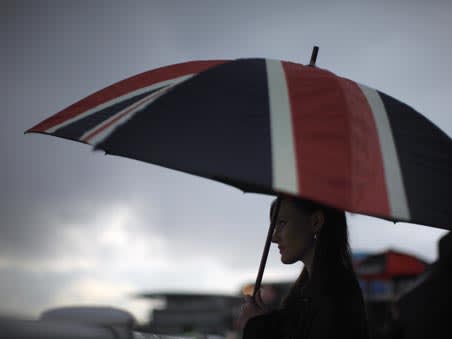 At the beginning of the year, I explained why the portfolios were increasing their exposure to UK equities (‘Backing Britain’, 10 February 2017). The market has done well since, with the FTSE 100 index at a record high at time of writing. Yet the potential to strongly outperform global markets going forward remains very much in place, given relative valuations and fundamentals. Sentiment is unduly concerned about the prospect of the UK abiding by World Trade Organization (WTO) terms on leaving the European Union (EU), and this presents an opportunity for investors.

The case for trade

Hindsight is a wonderful thing. Apologies from major institutions about Brexit forecasting, including the Bank of England and the International Monetary Fund (IMF), reflect a string of positive economic news. Latest figures show growth surprising on the upside, an unemployment rate of 4.3 per cent comparing favourably with other economies, export orders doing well, and multinational companies continuing to invest in the country. Importantly, credit is being correctly priced for the first time since the financial crisis.

And yet there is a small faction that continues to take the defeatist line that a ‘no deal’ outcome would be calamitous. There is no real evidence for this. Sections include the big City investment houses, particularly the US institutions, and big business.

Their reasons are various. One was highlighted in this column just before the EU referendum (‘Ignore the noise over Brexit’, 10 June 2016). Lord Rose, of M&S and then leader of Remain, acknowledged that wages could rise faster if immigration was better controlled for the benefit of public services once outside the EU.

We should perhaps take comfort from the fact it was largely this same group that also warned of calamity should we not join the euro and not stay in the EU. They were not alone – almost the entire political and economic establishment got it wrong. Perhaps bureaucracy can make for a comfortable living. Perhaps there was too much emotion. What we do know is that there was not enough focus on the evidence.

The potential to strongly outperform global markets going forward remains very much in place, given relative valuations and fundamentals

Trade is not dependent on trade deals – as our many purchases of Chinese goods illustrate. Countries from across the world, many much smaller than the UK, profitably trade with the EU. Some have trade deals, many do not. The term ‘no deal’ is a misnomer as these countries will testify. If negotiations prove fruitless, the UK will be a senior member of the WTO when it leaves the EU in 2019.

The WTO is well known to us. Not only did the UK help to establish its predecessor, but we are already members – as is the EU. But our voice and vote is subsumed within the EU’s while we remain an EU member. The EU does not have free trade agreements with China, India, the US, Brazil and many other of the UK’s trading partners – our trade with these therefore already depend on WTO tariffs and rules.

We should also remember that investment is about relative advantage. The UK’s low tax regime, balanced labour policies, open economy and skilled workforce are just some of its advantages. Low WTO tariffs are dwarfed by the much higher continental corporation tax rates, let alone inflexible market practices. It is no coincidence that the EU historically has endured low relative growth rates and high unemployment.

Whether there is a deal or not, opportunities abound once we leave. We will be free to negotiate our own trade deals. If Australia can negotiate such deals with China, South Korea and Japan, all within 18 months, then so can the UK. The introduction of a controlled but fairer immigration policy, one that no longer discriminates against the rest of the world, will enable us to better attract the world’s talent – including Europe’s. And we will no longer be obliged to impose high tariffs on food imports from the rest of the world.

Of course a good trade deal with the EU would be preferable – lower tariffs globally encourage prosperity. It is in the EU’s interest given their sizeable trade surplus and therefore net tariff costs of billions of pounds should WTO rules apply. There are signs that the penny is dropping – politicians and industrialists are now reining in the more ideologically-driven European Commission. However, it would be utterly naive not to prepare to embrace WTO rules when we leave. No deal is better than a bad deal – any other approach would facilitate a poorer outcome.

The case for equities

Of course, undue concerns about a ‘no deal’ outcome have not been the only factor constraining relative performance. The UK market has a particularly high exposure to the financial and commodity sectors, at a time when they have struggled. But the outlook for both is now changing for the better. The long overdue depreciation of sterling is also starting to benefit many UK companies.

The UK market has a particularly high exposure to the financial and commodity sectors, at a time when they have struggled. But the outlook for both is now changing for the better.

Meanwhile, more fund managers are becoming upbeat. Earlier in the year, this column highlighted Merrill Lynch surveys that had suggested fund managers were currently at a record ‘underweight’ of the UK. A survey of more than 20 investment banks had predicted an average 2017 year-end FTSE 100 level of 7015. Little wonder the UK market has been at its lowest level relative to the rest of the world, in sterling terms, for nearly 40 years.

But markets tend to climb walls of worry. The more meaningful cyclically adjusted price/earnings (CAPE) measure smiles upon the UK. City estimates of around 20 per cent earnings growth for 2017, compared with 10 per cent to 14 per cent for major overseas markets, look achievable. The UK market could surprise by the extent it performs in relative terms. All seven portfolios on the website www.johnbaronportfolios.co.uk, including the two covered by this column, are therefore positioned accordingly.

The portfolios enjoyed a particularly good October, and this adds to the strong outperformance achieved so far in 2017. The Growth portfolio top-sliced its holdings in Finsbury Growth & Income Trust (FGT) and Monks Investment Trust (MNKS) after strong runs. Monks has also benefited from the eradication of its near-10 per cent discount differential with its larger and similarly mandated cousin, the Scottish Mortgage Trust (SMT).

Meanwhile, the Income portfolio sold its holding in Perpetual Income & Growth (PLI), and used the proceeds to introduce HICL Infrastructure Company (HICL). Having benefited from a strong run from its equity holdings, the switch has helped rebalance the portfolio in order to provide meaningful diversification, given its place in the investment journey.