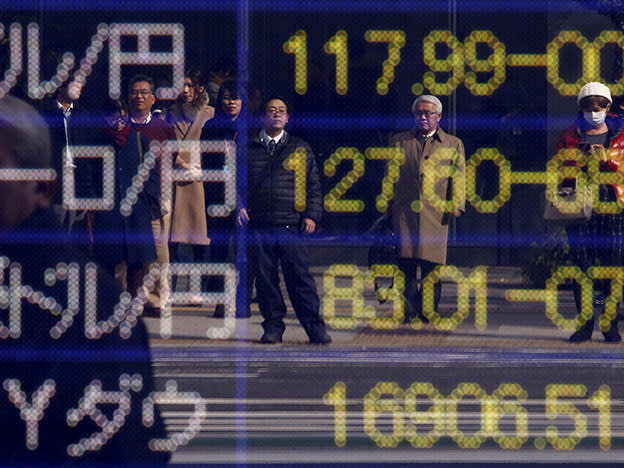 Last month’s column highlighted the futility of trying to predict market levels and, by implication, of allowing portfolio management to be guided by such forecasts. It explained the tried-and-tested investment principles and disciplines that instead guide the eight real investment trust portfolios on the website www.johnbaronportfolios.co.uk – including the two covered by this column. In the round, and while never complacent, such an approach has served the portfolios well over the years.

As for investment strategy, although the markets are due a period of volatility, there remain some excellent investment opportunities from which I hope the portfolios will benefit – while always ensuring adequate diversification helps maintain portfolio balance relative to remit. Three of these are highlighted below. They have many different attributes, but they share one defining characteristic: sentiment trails fundamentals, so investors tend to be underweight. Therein lies the opportunity.

The portfolios remain overweight UK smaller companies. The Numis Smaller Companies Index (representing the bottom 10 per cent of the UK market) produced a total return of 18.8 per cent in 2017, compared with 13.1 per cent for the FTSE All-Share. The longer-term record is just as impressive, if not more so.

Indeed, it is generally accepted that a small-cap focus is one of the more reliable investment strategies in generating higher returns than the wider market over time. Various factors contribute. A lack of interest by the large institutions because of marketability tends to make for inefficient markets, and therefore opportunities. Meanwhile, smaller companies can also find it easier to grow faster.

However, the problem for some investors can be the extent of volatility – the FTSE Small Cap Index dropped 43.9 per cent in 2008, and then rose 54.3 per cent the following year. Such volatility will return, but history suggests smaller companies should do well over the medium term given the current environment of low interest rates and moderate, if rising, inflation.

In addition, an economy that continues to defy the sceptics, the sector’s attractive rating relative to earnings outlook, and favourable longer-term trends including the advance of technology, which is disproportionately helping many of these companies, all suggest support at a time when sentiment remains cautious.

Indeed, there is no shortage at present of good performing smaller company investment trusts standing on at least mid-teen discounts. These include some with an income focus. This can be especially helpful when seeking to diversify a portfolio’s income source, given the dividend cover of many larger companies is towards the lower end of recent ranges.

Meanwhile, the portfolios are also overweight Japan. The market looks attractive, relative to others, not least in terms of valuation – especially when considered on a price-to-book basis. This again is a market where sentiment is unduly depressed – despite the economy being the world’s third-largest, overseas investors are particularly underweight. This situation may not last too much longer.

Japan’s economy is in a sweet spot. Eight consecutive quarters of growth have been helped by rising household consumption, private sector capital expenditure and exports – last year being the best for exports since the financial crisis. Corporate sales and earnings have responded well to the favourable economic news. Government policies are in general working and now, following the election, the country has a period of political stability.

Meanwhile, the equity market’s rating is towards the bottom end of its long-term range. Importantly, the negative correlation between the currency and the market appears to be breaking down, and this is comforting as it suggests the domestic market is now more focused on fundamentals than the direction of the yen.

In addition, companies are being encouraged to be more shareholder-friendly by way of better corporate governance and progressive dividend policies, with further reforms later this year expected to move Japan more into line with international norms. Meanwhile, domestic institutions, such as the Post Office pension fund, are also being encouraged to reverse their traditional underweighting of domestic equities.

Of course, some of these initiatives may not succeed to the extent wished, while geopolitical risk remains a factor. However, improving fundamentals, cautious sentiment and attractive market valuations usually furnish healthy returns for the patient investor.

The misplaced sell-off of commercial property following the Brexit vote, together with temporary closure of well-known unit trusts because of redemptions, hurt sentiment

The portfolios are also overweight commercial property where, again, sentiment is unduly negative and investors tend to be underweight. The misplaced sell-off of the sector following the Brexit vote, together with temporary closure of well-known unit trusts because of redemptions, hurt sentiment. And this has not fully recovered despite the positive outlook.

When first turning positive about commercial property at the end of 2011, yield comparison was a key factor. Today, at a time when government bonds appear to offer little value, the sector continues to look attractive – particularly outside the south-east. Indeed, assets with good covenants in certain sub-sectors, such as ‘Industrial’, still offer yields exceeding 7.5 per cent.

Meanwhile, a noticeable feature of this property cycle has been the lack of investment and therefore shortage of supply. When combined with an improving economy and the high cost of moving location, this is tending to feed through to rental growth – particularly for those portfolios focused on quality assets. We should remember that, over time, income has accounted for the majority of the sector’s total return.

Comparisons with the 2008-09 financial meltdown, which hit the sector hard, are wide of the mark. Debt levels among the commercial property investment trusts are on average much lower than then, and UK banks are in a better position. The debt that does exist has been secured very cheaply in recent years on a long-term basis, with very few trusts having any medium-term refinancing requirements.

Add in investment trust managers’ caution and therefore lack of development exposure, their current focus on income which is ensuring most dividends are covered, and their diversification across sectors and regions, and these trusts are much better placed to weather testing times yet to come.

During January, the Growth portfolio added to its existing holding in JPMorgan Japan Smaller Companies (JPS). JPS has a good track record and respected management team located in Tokyo, and focuses on that segment of the market that offers the greatest returns should government policies succeed and markets move forward. An 11 per cent discount looks very reasonable given the promising outlook and when compared with its peer group.

Otherwise, there were no changes to the Income portfolio during January.