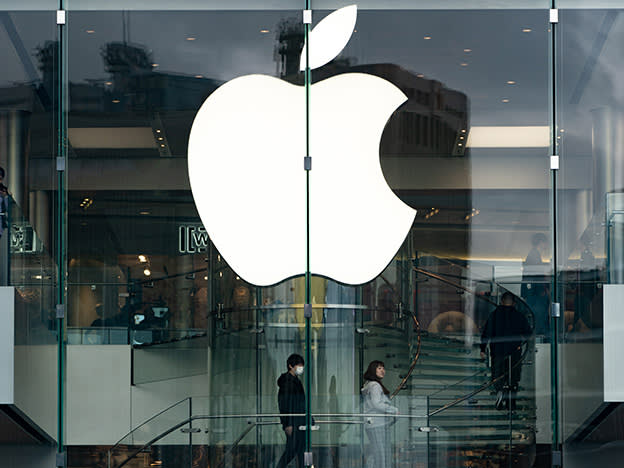 Where are our pioneering giants?

I am often asked when speaking at investment seminars why, over the years, we at Equi have remained so committed to smaller companies, particularly given the sector’s volatility. Our UK exposure naturally includes companies of all sizes, but we are overweight the smaller end of the spectrum even when our investment trust portfolios are seeking both yield and diversification.

A key reason is well acknowledged – smaller companies’ superior performance over the long term, as reflected in their stock market returns when compared with their larger brethren. Elephants tend not to gallop. But a further reason is less well acknowledged and perhaps more contentious – our big companies have a poor track record at commercialising innovation and scaling up when compared with many of their international rivals. This is not helped by an ingrained financial system too focused on short-term returns and targets.

And this has contributed to their underperformance. The stock market is a good measure of worth over time. It is worth asking why the FTSE 100 index, consisting of our top 100 quoted companies, has not made any progress in capital terms since the end of the previous century. This is in stark contrast to other major international indices – for example, the US S&P index has returned nearly 80 per cent over the same period. The answer perhaps reveals a malaise at the heart of our economy. And the worst may still be yet to come.

The long-term outperformance of smaller companies has been accepted for some time. 30 years ago the London Business School reported that small companies, as defined by the bottom 10 per cent of the FTSE All-Share index (now called the Numis Smaller Companies index), had outperformed the All-Share index by 3.4 per cent a year since 1955. This has broadly continued at the same rate since. Medium-sized companies have similarly outperformed. Only the FTSE 100 has held the market back – accounting as it does for around 75 per cent of the total.

The management of our big companies has generally lacked vision, certainly when it comes to commercialising innovation. From quorn to computers, technology to biotechnology, the country has produced the creative ideas but failed to commercialise them in scale. Where are the British equivalents of the US FAANGS, the German manufacturers or Chinese technology giants? Where are our pioneering big companies? Instead, we have seen a long series of corporate disasters, including the financial crisis.

This is management failure of significant proportions. After all, the backdrop has been favourable. The country has seen four decades of corporate-friendly governments. The UK enjoys one of the lowest tax rates and most flexible, creative and skilled labour markets in the developed world. Neither has market size been lacking. Even if managements could argue that the Chinese and US markets are protectionist or difficult, they have failed to capitalise on the supposed benefits of the EU’s single market.

Instead of being pioneering, they have tended to seek safety. This approach has been influenced by a financial environment and institutional shareholder base too focused on short-term returns and targets. This too often has resulted in the premature sale to bidders who better recognise the long-term potential. Without being philosophical, a key logic of shareholder ownership should be to help companies progress and grow.

From quorn to computers, technology to biotechnology, the country has produced the creative ideas but failed to commercialise them in scale

No wonder many of the entrepreneurs of our larger companies, the Dysons and Bamfords of our age, have shunned the City and remained private companies. Capitalising on innovation and R&D requires a long-term horizon and funding commitment – and sometimes the acceptance of a higher degree of risk. It is one reason why private equity will assume a greater importance to investors.

So why does the UK’s corporate and financial governance structure tack to this safety-first approach? Perhaps it is because the status quo has rewarded this cadre handsomely. They have benefited disproportionately from globalisation, and then question why all do not share their enthusiasm. Many tend to ignore the fact that large swathes of the population have been left behind and that inequalities have widened significantly. Some cannot understand why people vote for change, which they then label ‘populism’.

Lord Rose, the leader of the Remain campaign, gave evidence to the Treasury Select Committee just before the EU referendum. When questioned about the introduction of a controlled immigration policy following Brexit, he suggested that the price of labour would go up, and that this was not necessarily a good thing. Yet the general perception of many middle and low earners is that the current system has resulted in stagnant earnings and declining prospects.

Little wonder that big business defends the status quo and that those recently gathering in Davos were so downbeat about the economic and geo-political outlook. Their comfortable and established order is being questioned. The good news is that history suggests the mood is often misguided. In 2016, warnings about the immediate outlook courtesy of Brexit proved false. In 2017, China’s authoritarian leader, Xi Jinping, was the forum’s darling. In 2018, compliments were lavished on Mohammed bin Salman. Consistency can be a virtue!

The consequence of this, though, has profound implications for stock selection. Defending the status quo will become an increasingly dangerous strategy. As highlighted in previous columns, technology is disproportionately helping smaller companies embrace disruptive practices and better compete with their larger brethren. The entrepreneurs are at the gates. Markets will be surprised by their audacity and success. And just maybe a few will become the pioneering giants of tomorrow.

In this world of pedestrian growth and high debt, those investors taking refuge in larger companies need to recognise that many are going to struggle by past standards as increased competition erodes margins and competitive moats. Some will wither at a rate faster than first imagined. At the very least, investors should seek those few FTSE 100 companies wisely embracing technology. Meanwhile, the potential impact of policies from debt-laden governments keen to increase revenue need to be better recognised.

Such thinking helps to explain why all eight ‘real’ investment trust portfolios run in real time on Equi’s website (www.johnbaronportfolios.co.uk), including the two covered in this monthly column, are committed to smaller companies while maintaining balance relative to remit – despite their volatility. The future is indeed small – particularly in the UK.