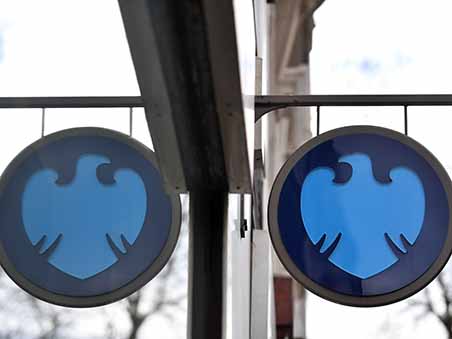 Barclays (BARC) launched a new investment platform last week, but traditional stockbroking customers have been angered at changes that have made the service more expensive for large share-only portfolios and have made it harder to deal more complex holdings. Frequent share dealers and those seeking more specialised investment tools may want to look to an alternative platform to cater to their needs.

Barclays moved 200,000 customers to its new Smart Investor service over the bank holiday weekend with assets of around £14bn. The shift was designed to appeal to a broader customer base and benefit buy-and-hold fund investors and less sophisticated customers. However the move was met with anger by many of its customers, who did not approve of the changes and suffered a raft of issues with the new site, including difficulty logging in, missing transactions and inconsistent stock pricing.

Barclay has said it is working on those issues, but many customers are still keen to leave due to the range of services Barclays no longer provides.

The bank no longer offers the ability to trade overseas equities, formerly facilitated via a white label service offered by Saxo, or more complex financial products including covered warrants. Investors are also unable to manage spouses' accounts. Previously investors could authorise access to third-party accounts with a letter of authorisation, but the bank says that this will no longer be the case for security reasons.

The new service also means customers can no longer hold multiple investment accounts of the same type under one name.

Barclays will still carry over power of attorney, executor or court appointed third-party agreements, but this will become a telephone-only service. However customers will be charged the online transaction rate to trade rather than the telephone rate of £25 per trade to buy and sell funds or shares.

The shift was designed to appeal to a broader customer base and benefit buy-and-hold fund investors and less sophisticated customers. However the move was met with anger by many of its customers

Smart Investor customers will also no longer be able to hold portfolios in trust. Previously Barclays Stockbrokers customers could manage shares and funds in bare trusts if they were the trustees.

Meanwhile investors who trade daily and often rely on research tools such as daily live price changes and broker notes have also expressed their unhappiness about the changes. Whereas before investors could view daily live price changes in their stocks compared to the previous day’s price, the platform now only allows you to view the change in value against the book cost rather than prior day value. Previously investors could also see summaries of recent brokers' notes for individual stocks, but these have now been condensed to a single "consensus" number.

Barclays said many of its old research features including RNS and news announcements were still available in its Smart Investor Research Centre and recommended customers watch its how-to videos for more information, or contact the bank.

Holly Mackay, chief executive officer of personal finance website Boring Money says: "For people who are hobbyist investors who liked the complexity of the old site I think many of them will see it as being dumbed down,” she adds.  “The go-live issues are teething troubles and I imagine Barclays will sort those out, but there is a bit of a backlash because the new platform is obviously a strategic change in direction. They’re making people log in through the core business site. This is something other banks – including HSBC and Santander – are starting to move on too; namely ways they can capitalise on their large market base to drive up their investment business."

Smart Investor: Will you pay more?

Barclays' platform overhaul was completed to embrace a wider mix of investors and has resulted in reduced costs for many fund investors. However, stocks and shares investors, who previously paid a flat fee to hold shares, could end up paying more due to the new charging structure.

Investors with large fund portfolios will benefit from reduced annual charges, down from 0.35 per cent of assets to just 0.2 per cent of assets per year. Fees will be charged monthly and be subject to a minimum charge of £4 - or £48 a year.

Customers with large share portfolios will generally pay more under the new model. Investors in stocks, investment trusts and exchange traded funds (ETF) will be charged a percentage-based fee of 0.1 per cent on their assets instead of a single fixed annual fee of £30 plus value added tax (VAT). Generally fixed fees are better for those with larger pots and previously customers with a Barclays Stockbrokers individual savings account (Isa) or general investment account would pay just £36 a year. However the new minimum charge for any account will be £48.

Shares, ETFs and investment trusts will now cost a fixed fee of £6 per trade. Previously customers that made fewer than nine trades in the previous month paid £11.95 per trade, with only those trading more than 20 times in a month charged the lowest fee of £5.95. However, it now costs £3 per transaction to trade funds whereas before these were free to trade.

Think carefully about whether or not switching is right for you. If you do decide to switch, investors looking for a platform that offers more specialised investment tools, assets and services should focus on those with a stockbroker heritage as they are more likely to meet high-end requirements. Examples include Alliance Trust Savings, Charles Stanley Direct and The Share Centre.

The platform allows you to trade international equities and covered warrants at its standard price, but for international trading a foreign exchange fee will also apply. This ranges from 1.5 to 0.35 per cent depending on the value of the transaction.

Investors can also manage a spouse’s account or power of attorney managed account for no extra charge. The only account the platform allows to be managed through a bare trust is its child dealing account. The usual fee for its First Steps Account of £3.33 a month applies.

If you are angry about issues relating to Barclays and want to complain, you can take your issue to the Financial Ombudsman Service (FOS)

Investors cannot trade covered warrants, but are able to trade international equities at the following cost: First £10,000: 1.25 per cent, Next £90,000: 0.375 per cent; Balance over £100,000: 0.275 per cent. A foreign exchange also applies which ranges between 1 and 0.15 per cent depending on the value of the transaction. And there is an annual custody charge of £30 per line of international stock.

Investors are able to trade covered warrants at the platform’s standard prices. However as the platform mostly focuses on UK investments you can only trade a limited range of international shares including those across European or North American markets, so long as they traded in sterling and able to settle through the UK settlement system, CREST. There is no extra charge to do this.

Customers can manage a spouse’s account for no extra charge but the platform does not allow investors to hold accounts in bare trusts. And power of attorney accounts can be managed at no extra charge.

“AJ Bell Youinvest is another interesting option,” Ms Mackay adds. “I think it’s got a lot better over recent times and it is cost competitive, equally strong on pensions and funds and there is a lot of share information there too.”

To trade shares, ETFs, investment trusts, gilts and bonds AJ Bell charges £9.95 per trade, but if you traded more than 10 times in the previous month this falls to £4.95. To trade funds or for regular investing the platform charges £1.50 per trade. To transfer the underlying assets from your Isa or dealing account to another platform will cost £25 per holding.

She also likes TD Direct Investing due to its historical stock trading heritage. The platform was recently acquired by Interactive Investor, which is another DIY investor service she rates for people looking to trade regularly. Both have fixed fees which tend to be better for larger portfolios.

TD Direct’s dealing account charges £20 + VAT twice a year, which is waived if you hold a linked TD Isa or self-invested personal pension (Sipp), or if you place one or more trades in its six monthly charging period or have a portfolio worth at least £15,000 or funds worth at least £10,000. Its Isa account charges £30 + VAT per year, which is waived if you have a portfolio of at least £5,100 or set up a regular investing facility.

Interactive Investor’s dealing and Isa accounts charge £20 per quarter, which covers your first two trades in the quarter.

However both platforms will be integrated into one platform with one fee structure later this year, so the current fees will change.

For more on which platform may suit your needs, check out our broker comparison tool.

How can you complain?

If you are angry about issues relating to Barclays and want to complain, you can take your issue to the Financial Ombudsman Service (FOS). The FOS is there to resolve problems between consumers and financial businesses and can demand compensation be paid in cases where it judges consumers have been financially harmed. But the process will not be quick. If you want to make a complaint, you must first prove you have attempted to resolve the issue with Barclays. The business then has eight weeks to give its 'final response' to your complaint (make sure you request this). When you have received the final word – or if you have not received that within eight weeks – and assuming you remain unhappy with the response, you can take the query to the FOS, which will then consult both you and – in this case – Barclays and come to a conclusion.

The FOS does compensate for investment losses, in theory. When considering the level of compensation you deserve for investment losses that you believe were not your fault, the FOS’s aim is to put you as far as possible in the position you had been in had you not received bad service. For example that may mean compensating you for the value of a holding that you would have sold that subsequently fell in value while you were unable to trade. This will be determined on a case-by-case basis.

Mark Polson, principal at financial services company The Lang Cat says: “The FOS is a big stick to hit people with and it’s not straightforward. If you do want to complain to the FOS be very clear on the timeline and make sure you’ve exhausted all the channels that exist and be very clear on the detriment you have suffered.” Kate Beioley