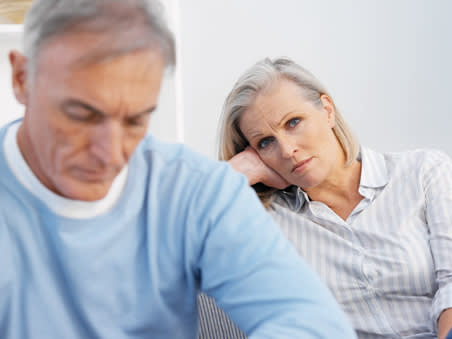 How to avoid breaching the pensions lifetime allowance

After hitting a peak of £1.8m, the pensions lifetime allowance has fallen drastically so that now most people's allowance is £1,030,000. The reduction has led to more people breaching the limit and incurring a tax penalty. Old Mutual Wealth reports that there was a 2,100 per cent increase in the government's lifetime allowance tax take in the 2016-17 tax year compared with 2006-07, when a cap on how much you could save into a pension was introduced.

The lifetime allowance is the total value of pension savings you can have before incurring a tax penalty on them. The allowance applies to all the pensions you have, including any defined-benefit (DB) or final-salary schemes, but excluding your state pension. Although the lifetime allowance has been steadily dropping for several years, from this April onwards it will index annually in line with consumer prices index (CPI) inflation.

The regular contributions you and your employer make into pensions, plus the fact investments in pensions grow free of tax typically over a long time, can result in your pensions growing above the lifetime allowance. Compounding interest can also increase the size of your pension. Ian Browne, pension specialist at Old Mutual Wealth, says that if, for example, a 35-year-old currently earning £57,000 a year makes total pension contributions, including employer contributions, equal to 15 per cent of their salary, they could breach the lifetime allowance by the time they are 70. This is assuming they have the average pension for their age of £38,800, their contributions increase by inflation and they have a 35 per cent salary increase every 10 years.

So, for example, a 25 per cent lifetime allowance charge together with 40 per cent higher-rate income tax equates to 55 per cent of the total income taken, according to pension provider Aegon. This is because when you take income the first 25 per cent is free of tax. For instance, if you wanted to take £100, £25 would be free of tax and you would only pay income tax at your marginal rate on the remaining £75. A 40 per cent taxpayer would pay £30 tax (0.4 per cent times £75), and receive a total of £45, or 55 per cent of the original £100.

And paying the 25 per cent lifetime allowance charge on top of 45 per cent additional-rate income tax equates to 58.75 per cent of the gross income taken.

So additional-rate taxpayers in breach of the lifetime allowance are better off taking a cash lump sum rather than income, as they will pay a maximum of 55 per cent on the lump sum compared with 58.75 per cent on income, explains Tom McPhail, head of policy at Hargreaves Lansdown.

Mr McPhail also thinks this will be the case over the coming years because many people born between the late 1940s and mid 1960s have built up substantial defined-benefit pensions.

To work out whether you are at risk of exceeding your lifetime allowance you need to calculate the value of all your pensions. The value is calculated differently depending on whether they are DB or defined contribution (DC) pensions, such as a self-invested personal pension (Sipp). For a DC pension, the value is all the money in your pensions that goes towards funding your retirement. For DB pensions, the value is usually 20 times the pension you get in the first year plus your lump sum.

If you are unsure about this, check with your pension provider or an independent financial adviser. The Money Advice Service says that an individual with a final-salary pension and no separate lump sum is likely to be affected by the lifetime allowance if they are receiving more than £51,500 a year in this tax year.

People who have decided to transfer out of a DB scheme by taking a cash sum could also be at risk of triggering the lifetime allowance charge.

"There's a risk that if you take a DB transfer, the transfer value might not fully reflect the benefits you'd be entitled to, but it could be worth more than the lifetime allowance threshold of £1.03m," explains Mr McPhail. "The valuation metric for a DB pension is 20 times a DC pot, but in a DB scheme you could have a £50,000 annual income and not suffer the lifetime allowance charge. Whereas if you had around £1m in a DC pot and decided you wanted to [replicate the benefits of a DB pot] by drawing £50,000 a year, while still having enough investment growth for your pot to be sustainable and some provision for your spouse, you couldn’t take anything like £50,000 a year. You could probably only take out £30,000 to £40,000 a year."

Mr McPhail argues that most people are better off sticking with the guaranteed income a DB scheme provides rather than transferring into a DC scheme.

Planning for the lifetime allowance charge

A simple way to avoid the lifetime allowance charge is to stop contributing to your pension if it gets close to the threshold. If you are in a senior position at work you may be able to persuade your employer to remunerate you via a different way to pension contributions. But think carefully about whether this is right for you.

"While paying a tax charge is far from ideal, what matters is the amount of pension you actually receive," says Mr Connolly. "For example, it may be better to benefit from ongoing employer contributions to a pension and achieve, say, a £1.5m pension pot against which a tax charge will be applied, than to stop employer contributions and limit the pension pot to £1m to avoid the tax charge. These considerations will be different for different people, which is why independent financial advice is so important."

It may make sense to carry on contributing to your pension if you intend to leave it as a legacy when you die. If your DC pot is below the lifetime allowance and you die before age 75 without having touched it, then your heirs can inherit it tax-free. If you die after 75 and have started taking benefits, your beneficiaries will pay income tax on any income taken from the pot at their marginal rates. If the pension pot exceeds your lifetime allowance, then your beneficiaries will have to pay the lifetime allowance charge. This will be either 25 per cent if they take it as income through drawdown or 55 per cent if they take it as a lump sum.

But some financial planners argue that you shouldn't go out of your way to avoid the lifetime allowance charge by changing your Sipp's asset allocation.

"When the value of your pension goes up over a million pounds, you don't immediately incur a tax charge," says Gary Smith, chartered financial planner at Tilney Group. "It's only when a benefit crystallisation occurs [because you draw money from your pension] that it is tested against the lifetime allowance to see whether you need to pay any extra tax on the excess. The tax tail shouldn't wag the investment dog – it should come down to how much you need for your retirement income."

If your pension is nearing the lifetime allowance you could divert money you would have contributed to your pension to other investment and saving products, such as an individual savings account (Isa). You can currently put up to £20,000 a year into these.

But doing this may mean missing out on employer contributions to a workplace pension.

If you are married, your spouse also has a lifetime allowance, so it may be worth putting money into their pension rather than your own. In the current tax year, you and your spouse can each make pension contributions of up to either £40,000 or what your earnings are – whichever is lower. And non-taxpayers can contribute up to £2,880 a year, which the government will top up to £3,600.

If you have used up your annual Isa allowance you could also consider venture capital trusts (VCTs) and enterprise investment schemes (EISs). These are high-risk investments that typically invest in small, unlisted companies so will not be suitable for everybody. Both schemes offer 30 per cent initial income tax relief plus tax-free capital growth. VCTs pay tax-free dividends, and EISs enable capital gains tax deferral and inheritance tax savings.

When the government cut the lifetime allowance from £1.25m to £1m in 2016 it also introduced schemes to protect some investors' allowances, known as Individual Protection 2016 and Fixed Protection 2016. There is no application deadline for these schemes, so check if you are eligible for them. You can apply for protection via the HM Revenue & Customs website.

Individual Protection 2016 is for investors who had savings of at least £1m in April 2016. The protection allows you to retain the lower of either your pension value at April 2016 or £1.25m. With this you can also continue saving into a pension above this threshold, but any savings above it will be liable to the lifetime allowance tax charge.

Fixed Protection 2016 fixes your lifetime allowance at £1.25m, but you lose this protection if you make or have made any pension contributions after 5 April 2016, and your allowance falls back to £1m. If you have fixed protection make sure you do not accidentally invalidate it by getting auto-enrolled into your company's workplace scheme. You usually have a one-month window to opt out of this and get your contribution refunded.