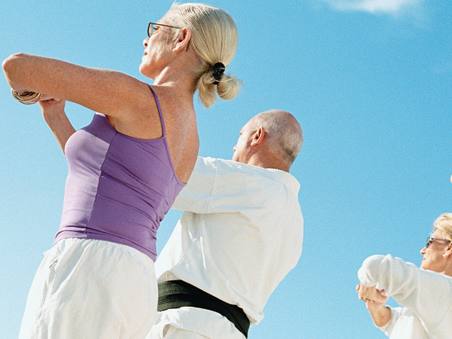 Your workplace pension might not be mirroring your desired investment choices and risk appetite. There is a solution

Not many people leave a default pension fund. That’s the fund your pension contributions will be funnelled into when you join a workplace defined-contribution scheme – which is what the vast majority of companies offer these days. It’s the fund that most employees will remain in until they leave the company or retire, despite having the choice of switching into a wide range of different funds and creating a more bespoke pension.

The low default opt-out rate – typically around 10 per cent – isn’t altogether surprising. Despite the benefits of actively engaging with and monitoring their workplace pension, many pension savers are not well versed in how to boost its returns, and most are reluctant to make even minor changes. Never mind getting into the driving seat and taking charge of where your workplace pension is invested – even a simple adjustment to a default retirement age is a step too far for some. Fearful of making a mistake, and assuming they cannot do any better (or are likely to do worse) than their pension provider, most people opt for inertia.

But not tinkering with default settings could cost you dearly. Failing to update your default pension age, for example, could be an expensive mistake, according to research by pensions provider Aviva. It has estimated that an average earner whose retirement age has been set at 60 but who intends to retire at 68 could lose £10,000, while someone with a default age of 65 could miss out on £4,000. That’s because as you approach the default retirement age, your investments will be switched into lower-risk investments. How these 'losses' are created can be seen in the returns of Aviva’s own default options: over the five years to end March 2019, the return on its 30-years-to-retirement fund was 3.2 per cent higher than the return on the retirement age fund, and 1.1 per cent higher than at five years to retirement.

Having the wrong pension age isn’t the only way your pot can miss out on growth. While default funds are carefully constructed to be low-cost and well diversified, ultimately they are designed to play it safe to avoid a bad outcome for members.

“There is not much chance of under- or outperformance. They are created around indices – mostly global large-caps – and are well diversified, with cash and bonds built in for protection," says Nathan Long, senior analyst at Hargreaves Lansdown. "The whole point is that one size fits all.”

The downside to this approach is that your exposure to investments offering the greatest growth potential will be restricted even if you have a very long time horizon. The typical highest risk level default fund will have around 70 per cent exposure to equities. But decades before your retirement date, this will be regularly trimmed further as you are rotated into increasingly less risky funds as part of a lifestyling strategy to minimise the risk of falls in value.

Workplace pension default funds are also likely to be unsatisfactory for anyone for whom environmental and ethical issues are a primary concern, although at least one master trust, Nest, already incorporates environmental, social and governance (ESG) factors into its investment management process. “There is a growing trend of people being interested in how their values are reflected in their investments and they can achieve this through self-selecting funds,” says Mr Long.

If you want to try to grow your workplace pension pot, there are three things you can do. First, check that your default retirement age matches your planned retirement age so that you are exposed to growth investments for as long as possible. If your plan’s default pension age has been set too early you will be forced out of high-growth investments years before you need to be, curtailing the ability of your investments to deliver the strongest returns. If you do nothing, and reach the default retirement age but choose to continue working your money will be trapped in the lowest-risk fund, which has a poor chance of delivering growth.

Second, increase your pension contributions. Few savers invest to the maximum permitted levels. Employers usually cap their contributions, but that doesn’t mean you can’t up your contributions and these will qualify for tax relief on top. Some investors use a self-invested personal pension (Sipp) to pursue a more bespoke/aggressive investment strategy, while leaving their workplace contributions under the control of a pension provider.

Thirdly, you can take charge of how your workplace pension money is invested. By selecting the funds you want, you can increase your exposure to equities, and stay in the investment fast lane rather than moving into the slow lane years before you need to.

If you wish to self-select investments, pension providers provide a range of options depending on the type of workplace pension scheme you are in. For example, you might be permitted to dial up the level of risk, choose funds from a small core range of pre-selected funds or offered the choice of thousands. One of Aviva's plans allows investors with at least 10 years to retirement to select their own funds, but at 10 years left, new contributions are switched back to the provider's control.

Hargreaves Lansdown runs workplace pensions for small to medium-sized companies and around 25 per cent of members in these schemes select their own investments, although many continue to invest some money in the default fund. Mr Long says that when members opt out of the default, “we typically see a higher equities allocation, with global equities a popular choice". Specialist niche funds are not so popular, reflecting savers’ desire to avoid taking on too much risk.

Aviva spokesman Ben Moss points out that some customers opt out of the default fund because they want greater exposure to property.

Self-selectors who opt out of default funds tend to be younger, with at least 20 years before they need to access their pension, or older employees who have always managed their own pension pots.

However you can’t afford to get your pension wrong, so don’t be tempted to bite off more than you can chew. “You need to be comfortable with investing. And to understand what you have got to begin with,” says Mr Long.

Also watch out for high charges – there is not much to be gained if you leave an ultra-low-cost default fund to access more exciting investments if charges eat up all the gains. Just an extra 0.5 per cent of charges over 20 years can wipe thousands of pounds from your pension pot at retirement.

'Focus on asset allocation and costs'

A background in fund analysis gave Ed Moisson, a financial journalist, the incentive and the knowledge to take charge of his workplace pension, something he has elected to do with every employer. The key to his approach has been focusing on asset allocation and charges, and he has, with the exception of a single actively managed real estate fund, adopted a passive strategy to minimise risk and costs. “It also means that I do not have to spend time researching the fund house and the fund manager, which would be essential if I opted for active funds.”

The most important decision is the asset allocation, followed by the fund selection. The performance, he says, will be what it is. Choosing asset classes, for example global equities, is fairly straightforward, but selecting the individual funds less so. However, Mr Moisson’s obsession with charges has proved useful: “Focusing on charges simplifies things because it narrows down the choices,” he says. “I do research on the cheapest funds in the sector and as I am choosing passives the performance will be much the same.”

For his first pension pot, Mr Moisson chose equities, investing the bulk of his contributions into a global equities fund, with the remainder in a UK equities fund. It really helps, he says, if you know exactly where you want to be invested. That way, “it’s easier to rule out lots of the funds before you. You don’t need to examine each one in great detail”.

At his current employer, Mr Moisson has chosen to invest in an ultra-low-cost, passive fixed-income fund. Choosing the fixed-income fund was made easier because he knew the particular type of fund he wanted even before examining the pension provider’s offerings

It fits well with his broader portfolio, which he monitors on a spreadsheet that takes in all his investments across a handful of different pension pots and Isas. All his current contributions are paid into the fixed-income fund, with each previous pot invested in the asset class chosen at the time he opened them. His tips for anyone considering self selecting are to go top down and passive, to have a reasonable knowledge of funds to help with the decision on what to invest in and to be self-reliant: “Finding information on the provider’s website – eg the button that reveals the charges for funds – can be difficult."