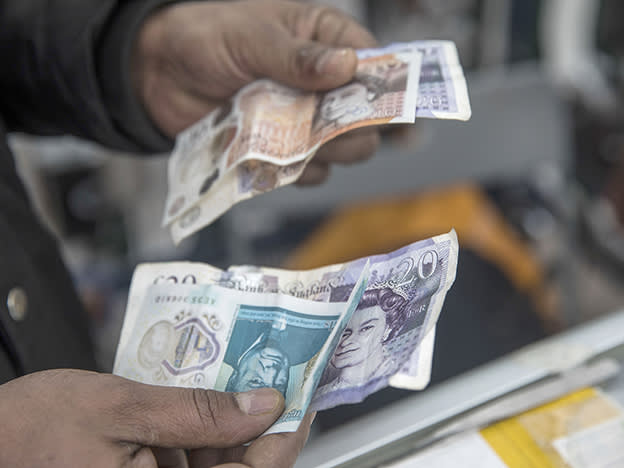 When is an annuity appropriate?

Annuity rates are poor, but they offer lifelong security against volatile markets

Annuities used to be the most common form of retirement income, but the introduction of pension freedoms and the decline of gilt yields has seen their popularity dwindle in recent years. Andrew Tully, technical director at Canada Life, notes that 70 per cent of pensioners were taking out annuities 10 years ago, compared with a meagre 12 per cent now.

When you buy an annuity with your pension savings you can secure a guaranteed income for the rest of your life, no matter how long you live. This provides you with a level of certainty that you will not be able to achieve by managing your pension money yourself, which will be increasingly attractive if life expectancy continues to rise. The problem currently is that rates are paltry: the rate paid to you on an annuity is based partly on gilt yields, which are minimal.

People are resisting annuities for multiple reasons. Nathan Long, pensions specialist at Hargreaves Lansdown, says there has been a “perfect storm” in recent years of annuities offering historically low rates and a long bull run in equity markets. People looking at annuity rates now may feel they are getting a very poor deal and may also think at some point interest rates will rise again - something that would cause gilt yields to rise and mean better rates on offer in the future.

An annuity will not provide good value for many people with rates where they are currently, experts say. But there is a place for them among savers seeking security. For anyone unnerved by the state of the global economy, taking even a small annuity to supplement your state pension might provide extra peace of mind. You can also consider taking out annuities in tranches, so if yields improve you should benefit from better rates over time. This will also enable you to gradually de-risk your pension and limit your dependence on the stock market.

If you decide you want an annuity, make sure you do your research. There are certain factors – such as post code – that can affect your annuity rate, which will probably not be taken into account if you buy an off-the-shelf annuity from your current insurer. Mr Long says: “One of the key things people get wrong with annuities is that they don’t realise they can shop around. The difference between the best and the worst rates can be really quite sizeable." If you are in poor health, providing your medical records can also substantially increase your rate.

What are your options?

If you decide you want an annuity, there are a number of factors that will determine what annual rate you will be offered. First you need to decide if you want a protection option with your annuity. This means you can guarantee the minimum number of years the annuity will pay out for – for example 10 years – so if you die within that period the annuity will be paid to a nominated person. While this protection option will slightly reduce your rate, Gary Smith, financial planner at Tilney, says it is very rare that someone would take out an annuity without a guaranteed payment period.

You can also select a spouse’s pension, whereby on your death the annuity will be paid 100 per cent or 50 per cent to your partner, and they can receive your annuity for the rest of their life. This drops the rate further as it increases the amount of time the insurer is likely to pay out, but the rate will also be influenced by the age and health of your spouse.

You might also choose to add either inflation protection or a fixed escalation rate to your annuity. Most inflation-protected annuities will provide income linked to the Retail Price Index measure. Despite the fact that inflation expectations may be increasing given the stimulus measures pumped into economies this year, Mr Long says these products are rarely picked as the protection tends to be very expensive (see table below).

A cheaper option is to select an annuity with a fixed escalation rate, meaning that the amount paid to you will go up by a fixed amount every year. While any percentage can be picked from an open-market option, the usual rates are 3 or 5 per cent per year. The problem with this option is that if inflation picks up substantially you may not be protected. Even if inflation stays low as it has done for the past decade, fixed escalation products tend to pay a lower initial rate than the flat rate option.

An alternative to the lifelong annuity is a fixed-term one, which gives you a guaranteed income for a fixed period of time, and a guaranteed amount at the end of the term. Once the term of the annuity is up, you will have the option of buying another one, perhaps when rates have improved. However, while rates are currently low, you run the risk that they might be lower still at the end of the term. Given reports that the Bank of England is currently considering negative interest rates, this possibility is one to consider. Insurer LV= says people with fixed term annuities commonly take them out for five to 10 years, although they offer a range of one to 40 years.

Emma Watson, head of financial planning at Rathbones, says possible changes in tax rules and tax planning are another thing to consider when picking an annuity as the product's inflexibility can be a problem from a tax planning perspective.  She says: “Annuities are subject to income tax currently and this may rise in future; all your careful calculations about how much you might receive net could go out of the window.”

Ms Watson also notes that if you opt to continue to work part time or as a consultant as a soft way into full retirement, your earnings may be sporadic and unpredictable. Receiving a fixed sum subject to income tax might cause your tax bill to rise without you being able to do anything about it. If the money were invested and your taxable earnings were higher than expected in any one year, you could simply decide not to draw out any money from your investments to keep your tax bill down.

Source: Hargreaves Lansdown as at 9 Sep 2020

Who are annuities suitable for?

The longer you’re expected to live, the lower your rate, because the provider will be paying you for longer. This means that annuities often make sense for older people who will get a better rate than someone aged 60 who has just retired, as shown in the first chart. Tom O’Brien, financial planner at Brewin Dolphin, says annuities can also make sense for surviving partners, where the deceased used to manage pensions in drawdown but the partner might be happier with the security and peace of mind of an annuity.

Mr O’Brien adds that, in his experience, the most common use of annuities is for people in poor health, as it can be more difficult for them to manage pension drawdown themselves and the rates available can be far more attractive. This is particularly common among pensioners who don’t have spouses or dependents they wish to pass money on to, although as discussed there are provisions you can make in order to leave money to partners or children.

Mr Smith says the way people use annuities is changing and he expects to see a rise in blended approaches. For example, you might decide you want £1,000 per month guaranteed income to cover basic spending requirements. You could take out an annuity to supplement your state pension and then use the rest of your pension in drawdown to supplement discretionary spending.

The main benefit of an annuity is that they provide certainty, of what will be paid and that it will be paid for life, however long that is. It’s comforting for people who do not like taking risk and are put off by the uncertainties involved in investing. People do tend to underestimate how long they are going to live when they reach retirement, so the chance of outliving your pension pot having depleted the sum earlier is perhaps higher than you might think. But careful management of a drawdown plan should leave you better off and with more flexibility than depending on an annuity.