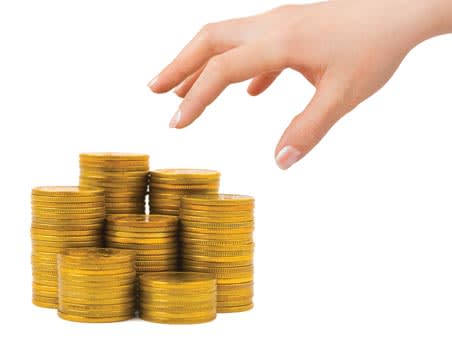 Trusts can have inheritance tax benefits, but there are many snags

Trust funds were once seen as a way for rich people to pass on money without paying tax, but the situation now looks much different. While they did previously have attractive tax advantages, a number of rules have been introduced over the past couple of decades that make the tax treatment of trusts less attractive than it once was. That said, they can still be of use.

While trusts can be tax-efficient in some circumstances, they are typically used as a way for an individual to pass on assets while retaining control over them, rather than for tax purposes, says Julia Rosenbloom, partner, private client tax services at Smith & Williamson.

Most trusts are used as a vehicle to pass on wealth to children and grandchildren. The trustees retain control over where the assets are invested and how much is paid out of the trust, but they will only have the option to pay out to designated beneficiaries.

They are also used to pass on assets to people who may be irresponsible with money – or perhaps by parents who fear they are taking up with an unsuitable partner – and they can provide bloodline protection through generations. For children with disabilities, specific disability trusts can be set up.

What are the different types of trusts?

While there are many types of trusts, the vast majority in use are discretionary trusts. This is where the trust has a class of beneficiaries, any of whom may benefit. None of the beneficiaries have any right to money distributed from the trust – it is instead up to the discretion of the trustees to decide what is paid to whom and when.

Interest in possession trusts, otherwise known as life interest trusts, have a different structure where the beneficiaries are entitled to income from the trust, but not to any of the underlying capital. The amount of income paid to each beneficiary is decided by the person who sets up the trust and is not up to the discretion of the trustees.

Life interest trusts might be set up for a partner, with the understanding that when they die the investments in the trust will pass to your children. This trust structure could be used in the will of a person who remarries after divorce but has children from the first marriage.

Trust structures are generally quite flexible, and you can also set up a ‘mixed trust’ that combines different elements. For example, a trust could be set up giving the beneficiary a right to the income of half of the trust fund, with the remaining half managed as a discretionary trust.

By adding 'remoter issue' to the terms of any trust, you ensure that future generations become beneficiaries. If you have multiple children and want to set up a trust, people generally set up just one to split between them as it is simpler and gives more flexibility than using several trusts. People often bring in professionals to help with tax returns and investment advice, so fees can add up with multiple trusts.

What is the tax treatment on trusts?

Discretionary trusts are subject to income tax and generally have to pay the top rate. So if a discretionary trust receives dividend income, at current tax rates it will pay tax of 38.1 per cent, via an annual tax return completed by the trustees. Bank interest or any other type of income is taxed at 45 per cent.

However, if the distribution of the income is paid to a beneficiary who pays less than the top rate, they can reclaim some or all of the tax paid. For example, if the trust received £10,000 of income and it has paid 45 per cent tax on that £10,000 of income, if there is a distribution of that income to a child with a full personal allowance, that child beneficiary can reclaim all of the tax that has been paid by the trustees. If the person who set up the trust is a parent, any income coming out while the child is under 18 is taxed at the parent’s marginal rate. If a grandparent sets up the trust, income will be taxed according to the child’s tax position.

Capital gains tax is payable on life interest trusts in the same way as it is for discretionary trusts, with trustees responsible for paying the tax on any chargeable gains each year. Beneficiaries are not taxed on any trust gains and do not get credit for tax paid by the trustees.

You can also set up trusts for vulnerable people, which tend to have more favourable tax arrangements. Rather than pay income tax at the top rate as with discretionary trusts, trustees can pay what income tax the vulnerable person would have paid if the trust income had been paid directly to them as an individual. Disabled persons trusts are also exempt from inheritance tax charges, so you can add more than £325,000 without incurring a 20 per cent charge on the excess.

For all trusts, if you want to put more than £325,000 into the trust, then you have a lifetime inheritance charge, which is currently half the death rate at 20 per cent. So if you put £425,000 of cash or investment into a trust, then £100,000 of that will attract a charge of 20 per cent inheritance tax at £20,000 which is payable straight away. If the settlor (the person setting up the trust) then dies within seven years of that, there’s another 20 per cent to pay.

Ms Rosenbloom argues that the primary tax advantage for UK trusts relates to inheritance tax in cases where the beneficiary dies. If you give £300,000 to an individual in a trust and that person subsequently dies, the money in the trust will not form part of their inheritance tax estate.

Trusts do, however, pay inheritance tax every 10 years if the value of the trust is worth more than the nil rate band, at a rate of up to 6 per cent. Ms Rosenbloom says this tends to be better than a beneficiary dying and perhaps paying 40 per cent on the assets that would otherwise be in the trust.

Investment bonds, a product provided by insurance companies, can be appropriate tax-efficient vehicles to use alongside trusts as they enable you to defer income tax and capital gains tax for 20 years. Here, an individual's money is invested into underlying funds and should hopefully build up until it is withdrawn.

Jeremy Croysdill, client director at Brown Shipley, says most trusts use investment bonds these days because they are non-income producing assets and being able to compound growth within the bond is a “big benefit”.

With an investment bond you are typically allowed to take up to 5 per cent of income out of the wrapper tax free. However, if you want to take more out there can be heavy penalties, so it is often only worth setting up a bond if you can commit the money for the full term. At the end of the term, both income tax and capital gains tax will be payable on the money that has accrued.

Investment bonds are set up by insurance companies, and can be either ‘offshore’ or ‘onshore’, depending on where the product is domiciled. Mr Croysdill says the vast majority of people use offshore bonds because you are free to add any qualifying investment to the wrapper. With onshore bonds, you can only invest in funds provided by the insurance company with which you are taking out the bond.

Far fewer trusts are being set up now than 20 years ago because many of the tax benefits have been removed. Mr Croysdill says it is rare for couples to put more than £650,000 jointly into a trust because of the 20 per cent tax charge. He says: “It is very detrimental to put any more than that into a trust and quite frankly people just don’t do it.”

Other options for passing on assets include gifting and family investment companies. Gifts are exempt from inheritance tax if the gift is made more than seven years before death, but you will lose control of the assets. You can retain control of assets with a family investment company and avoid the excess inheritance tax charges, but they are complicated structures and costly to set up.

Costs for setting up a trust can vary widely depending on how much support you need in the process. For the most basic trust, you are still likely to incur lawyers' fees for setting up the trust deed. If you are buying an off-the-shelf product from an insurance company and investing within a bond Mr Croysdill estimates it will cost around £2,000 to £3,000 to set up. You will then have to pay for ongoing fees covering services such as reporting requirements.